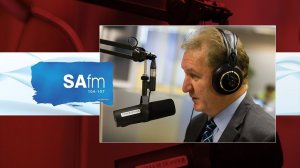 Kamwendo: South Africa’s biggest mining company is taking steps to provide electricity to communities in the form of green hydrogen.

Creamer: Yes, they're going to be producing green hydrogen for the trucks at their mine in Mogalakwena and Limpopo. There will be access of this green hydrogen, which they want to then spread into the community so that the community can get efficient and low cost energy. They emphasise the low cost.

This is because they will also use the mines to generate electricity. These mines have got a lot of water in them, that water is like a battery. So, in the day they will use solar power to pump water out. In the night they will let that water flow back into the mine and when flowing back it will generate hydropower. This will then be used to produce this green hydrogen, which will run in their trucks instead of using diesel. The excess of that will go into the community.

They also want to create five jobs outside the mine gate for every one job they create inside the mine gate. They are looking at assisting with agriculture, they are looking at spending in the next five years, something like R100-billion in South Africa. That' is what they have committed and a lot of it is being pledged at the moment to develop a green energy solution in their Limpopo mine.

Kamwendo: South Africa biggest Indian investor is ploughing another R7-billion into an expanding zinc mine in the Northern Cape.

Creamer: They invested first in 2012, when they bought this mine from Anglo American. Now they are applying a lot more in R7-billion. This will make it their biggest zinc mine in Africa. The area is in the Northern Cape, it is the Gamsberg mine. They have got big plans to also make this green. They want to produce green zinc, because this is what the world wants.

That means they must produce it with solar power with wind power. So they're taking steps to do that. They already use 45 MW of electricity, but the whole area could become a massive smelting and refining area as well. That will mean that they will need something like 200 MW. There is a lot of negotiations going on at the moment. Just with this latest expansion they will be creating another 1 000 jobs over time. This should be built in 21 months, when they will get the first new zinc out of that.

They say that logistics are perfect getting it through Saldanha port. So they are happy with their investment in South Africa and adding another R7-billion. That is Vedanta Zinc International.