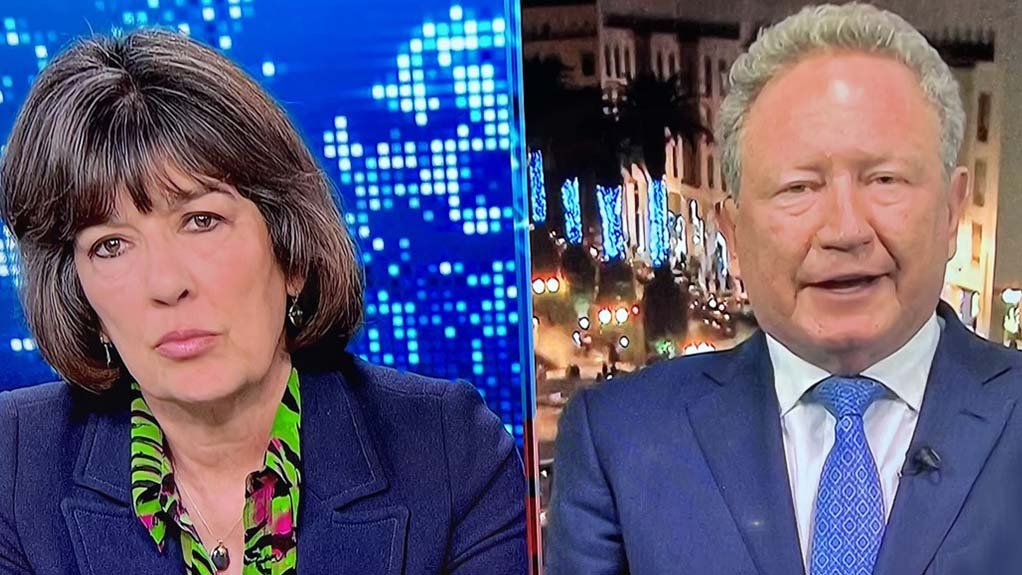 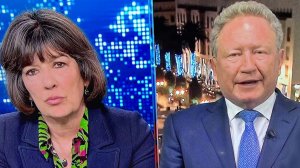 JOHANNESBURG (miningweekly.com) – Let’s give energy sovereignty to the world. Renewable energy is everywhere. Every country can produce it. Now is the time to capture it, and have full energy freedom, enthused Fortescue Metals Group nonexecutive chairperson Andrew Forrest, while being interviewed by CNN anchor Christiane Amanpour.

“The world does have a choice. It's green energy, green ammonia, and green hydrogen. These are all made from renewable electricity and can answer 100% of the global economy's energy needs. Now's the time to kick it in,” urged Forrest, who was interviewed while holding green energy meetings in North Africa.

His own Australian mining group is setting out to be fully green by 2030.

In his view, now is the moment when everybody who is interested in renewables and green energy is able to set the agenda.

The time is right to adopt a practical implementable solution, he said, while noting that emission-free fuels can be made in enormous quantities by virtually all countries, to satisfy energy demand, and at the same time combat global warming.

He acclaimed the European Union (EU) nations for setting out to source 100% of their energy from renewables by 2035.

“I fully applaud the progress of the EU and the direction of the EU. I applaud the Government of Germany; I know how difficult it is for my company to go green. We've had to invent ship engines, train engines and truck engines. We've had to make technical breakthroughs everywhere, just so we can get our company completely green by 2030.

“EU countries have given themselves only another five years. This is a Herculean effort, but they're determined to do this, and we’re determined to support them,” said Forrest in response to Amanpour.

He also drew attention to Saudi Arabia, which was being visited by British Prime Minister Boris Johnson while the CNN interview was under way, going full tilt into renewable energy and green hydrogen.

He said his discussions with Saudi Arabia and United Arab Emirates pointed to both countries seeing a new green future unfolding before them, and both wanting to play intense roles in generating renewable energy and producing green hydrogen.

He also highlighted the fact that virtually every country in the world has the potential to become a green energy generator, owing to the ubiquity of sun and wind.

“I see fascist fossil fuel in most places I look, and now's the time to stop it,” said Forrest.

Carbon Brief Daily reported on Thursday that Johnson had let it be known that Saudi Arabia would be announcing a £1-billion investment in Teesside, in the north of England, to produce green aviation fuel.

As reported by Engineering News & Mining Weekly in January, Hive Hydrogen and Built Africa – together as Hive Hydrogen – as well as Linde plc, through its wholly owned South African subsidiary Afrox, have teamed up to establish a green ammonia export plant in Nelson Mandela Bay, in the Eastern Cape.

The proposed 780 000 t/y, $4.6-billion green ammonia plant – with its own dedicated green power supply at the Coega Special Economic Zone alongside the Port of Ngqura – is a significant South African response to the world’s need for green solutions to limit the devastating impact of climate change and to deliver on COP26 commitments.

The renewable energy and energy storage component alone will be substantial.

“This certainly heralds a new era for the country in its commitments to greener solutions for industry. The pure scale of the project and the clean technology being used is truly remarkable,” Gcabashe enthused at the time.

In December, the government of Namibia announced the selection of HYPHEN Hydrogen Energy as the preferred bidder for a $9.4-billion green hydrogen project to be developed in the Tsau//Khaeb National Park, near the coastal town of Luderitz, in southern Namibia.

HYPHEN is a joint venture between Nicholas Holdings, a strategic investment and infrastructure project developer, and ENERTRAG South Africa, a unit of an independent German energy company that has a portfolio of renewable-energy projects and which has also been producing green hydrogen since 2011.

The bid involves the building of a vertically integrated project able to produce 300 000 t/y of green hydrogen and green ammonia for export into regional and global markets from 2026 onwards.