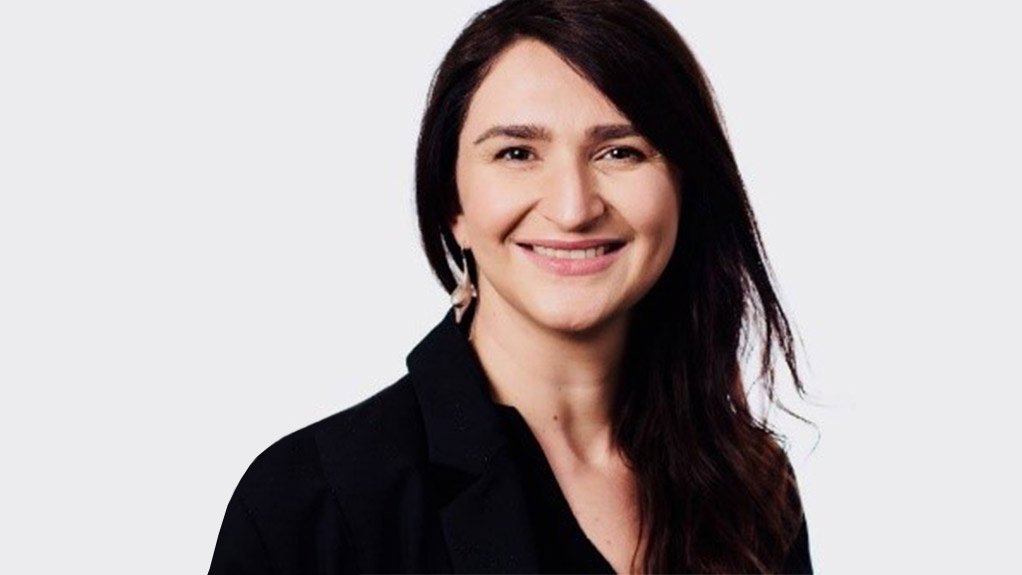 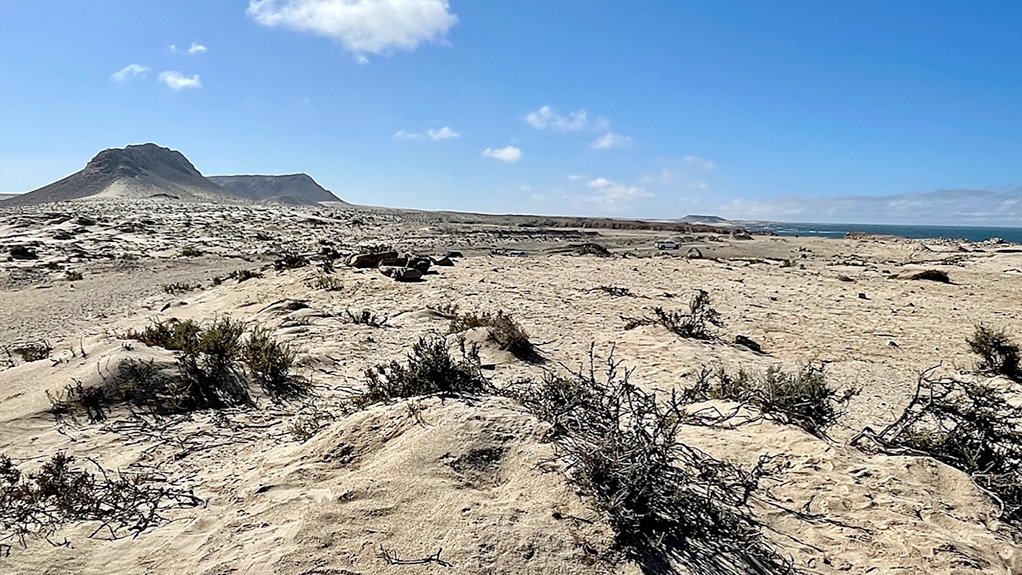 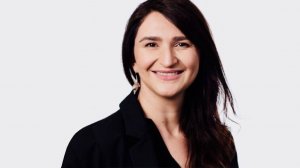 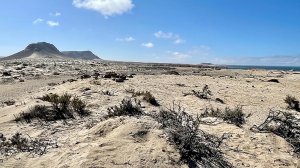 A 24-month study of the strategic potential of the hub is within a hair’s breadth of reaching the halfway mark.

Part of the planning being done is for 9 GW of renewable sun and wind energy to be generated, 400 000 t of green hydrogen a year to be produced, and 6 000 jobs to be created. The initial concession is for a 5 GW electrolyser to be deployed.

The associated deep-water port envisaged would be an important greenfield development.

The State-owned Transnet National Ports Authority last month invited a request for qualification for the financing, development, and operation of the port and linked rail line infrastructure.

Also to be developed will be a special economic zone and other supporting infrastructure.

In line with South Africa’s Hydrogen Society Roadmap, Sasol signed a memorandum of agreement with the Northern Cape government in October last year to determine the hub’s economic feasibility.

If selected, in the spirit of the roadmap, the 5 GW electrolyser will be a proton exchange membrane (PEM) electrolyser, which will highlight South Africa’s platinum group metals (PGMs) endowment and serve as yet another acknowledgement of the superior performance of platinum-using PEM technology.

The agile modular project approach being investigated for Boegoebaai envisages first production in 2030, within an ecosystem of partnerships.

At last year’s Sustainable Infrastructure Development Symposium, President Cyril Ramaphosa highlighted Boegoebaai as strategic to South Africa, as was done in his State of the Nation addresses.

Sasol is drawing up an overall master plan, in parallel to determining what its investment will be.

The Boegoebaai project will provide access to export markets and highlight potential regional integration with Namibia, which has major green hydrogen development plans of its own.

“We have done a prefeasibility in which all the potential configurations were assessed, given that we have the optionality of doing either green ammonia or methanol or sustainable aviation fuels (SAFs), or a combination thereof,” said Davison during her presentation.

“We’re currently determining the scale at which we want to invest, what that ramp-up profile will look like, and then the actual master plan,” she added.

Hydrogen is not transported as hydrogen over long distances and a possible carrier of the hydrogen will be green ammonia.

“We’re working very closely with ports in Europe and Japan to look at what that green ammonia chain will look like and the infrastructure required, based on the applications at the import location.

“Currently it’s not economically feasible to crack the ammonia back to hydrogen use, so we’re doing quite a lot of studies, especially with the Port of Rotterdam, to see how that can be done more cost effectively and on a larger scale,” said Davison.

The green transitioning of Sasol’s existing energy and chemicals complex at Secunda, in Mpumalanga, will take place simultaneously, involving a renewable energy programme with many tranches.

The feasibility of building a green hydrogen pipeline from Secunda to Boegoebaai for export is also being undertaken, with Boegoebaai definitely strategic from a country point of view.

Sasol is working closely with other entities in South Africa on their national green hydrogen strategies. “We believe it will be essential for industry to work together because an ecosystem needs to be developed. I also agree that it’s not a competition. There are more than enough opportunities for projects to develop and to support one another,” said Davison.

Interestingly, AECI CE Mark Dytor, in an advertisement in the Engineering News & Mining Weekly of September 16-22, expressed the view that South Africa has the potential to be a leader in green hydrogen and hydrogen-derived chemicals.

Dytor pointed out that the JSE-listed chemicals group could play a meaningful role in developing such clean chemicals and energy owing to its many years of experience in producing and selling ammonia, which will be derived from green hydrogen in the future. He further disclosed that a number of high-level discussions are underway and a range of models and strategies are being considered.

Sasol has new business units to add impetus to globally rising momentum in the green space. These include its Eco FT business unit, which is mandated to go global on Fischer-Tropsch (FT) licensing to broaden entry into the field of SAFs.

Meanwhile, the green hydrogen department is focused on executing mega projects, of which Boegoebaai is the only one that has been announced, “but we are working on others that will be announced in the near future”, Davison disclosed, in response to questions posed by discussion chairperson Bernard Swanepoel.

Although Boegoebaai has been identified as a key hub for the development of a green hydrogen sector, green hydrogen projects are also being studied in other domestic and regional locations, including Saldanha Bay in the Western Cape, Nelson Mandela Bay in the Eastern Cape, an emerging Hydrogen Valley linking Mogalakwena, Johannesburg and Durban and Lüderitz, in Namibia.

The Northern Cape has excellent renewable energy resources as the biggest South African province by land mass is sparsely populated, has little alternative use for the land and is uncomplicated topography. Collectively, this is exceedingly supportive of renewable energy generation and green hydrogen development.

The renewable energy capacity of the Northern Cape is more than sufficient for what South Africa would require based on its projections, but far-reaching consideration is being given as to how the renewable capacity is developed and scaled up.

The significant support the Boegoebaai project is receiving from both the public and private sectors is highlighting its promise.

As part of the feasibility study, Sasol’s final master plan report will be made public.

Platinum’s role in enabling the achievement of global decarbonisation targets with the help of PEM electrolysers has been highlighted by the World Platinum Investment Council. When powered with renewable energy, PEM electrolysers generate green hydrogen, a zero-emissions energy carrier that can be used in a range of applications to replace fossil fuels.

Every megawatt of PEM electrolyser capacity – when powered by renewables – can displace 10 000 t of carbon dioxide emissions, assuming a 48.8% load factor and an operating life of 20 years for the electrolyser.

In terms of yearly platinum demand, this equates to between 400 000 oz and 1.3-million ounces in 2030, depending on PEM electrolyser market share, which will be a major boost for Southern Africa’s PGMs mines and their recycling commitments.

A little over a year ago, on its capital markets day, Sasol introduced its strategic decarbonisation target of reaching net zero by 2050 and showed keenness to lead the energy transition in Southern Africa.

As one of the world’s largest producers of grey hydrogen, Sasol is well positioned to participate in the hydrogen environment, given its track record of producing ammonia and synthetic fuels.

Sasol’s own portfolio of greenfield projects embrace mobility, green steel, power generation as well as its existing facilities, including a 60 MW electrolyser with the first green hydrogen planned for the end of 2023, a project looking at SAFs at Secunda and Sasolburg, in the Free State, which are reportedly progressing well.

Currently, Sasol produces 2.5-million tons a year of grey hydrogen at its Secunda complex, in Mpumalanga, and a number of pathways are being looked at to decarbonise.

The plan is to transition from coal, using natural gas as a transition feedstock, and then ultimately ending up with green hydrogen, as well as sustainable carbon sources by 2050.

A pipeline of projects are being considered that could potentially also supplement a supply of green hydrogen to help decarbonise Secunda with a Boegoebaai link.

Sasol expects to invest the bulk of the R15-billion to R25-billion it is budgeting to facilitate a 30% reduction in its carbon emissions by 2030 between 2025 and 2027, having spent only modest capital on such projects to date, Engineering News has reported.

The expenditure forms part of Sasol’s yearly ‘maintain and transform’ capital budget, which is expected to rise to between R26-billion and R27-billion in its 2023 financial year.

Sasol will invest between R500-million and R1-billion during the year on projects designed to improve its environmental performance ahead of a scale-up in such expenditure from 2025 onwards.

The bulk of the ‘transform capital’ will be directed towards the introduction of process changes, particularly at the group’s Secunda complex, which is regarded as one of the largest single-site emitters of carbon dioxide globally.

These include technology changes allowing for the displacement of coal with gas, the possible briquetting of coal fines to reduce its use of mined coal and the ramping down of coal-fired boilers as it begins procuring renewable energy from independent power producers (IPPs).

Key terms have been agreed with IPPs for more than 600 MW of wind and solar to be introduced before 2025, it is planning to procure 1 200 MW by 2030, and future gas supply options are being worked on, including the possible integration of imported liquefied natural gas (LNG) through Maputo, in Mozambique.

The company is also in advanced talks to finalise a term sheet for 40 to 60 petajoules (PJ) of LNG as additional incremental gas supply towards the latter end of the decade.

In parallel, the group intends moving ahead with an initial green hydrogen project at Sasolburg, where it will convert an existing 6 t/d electrolyser to operate on renewable electricity.

The final investment decision for the green hydrogen project has been made with the aim of producing the first green hydrogen volumes towards the end of 2023. Details of the project will be announced once Sasol’s investment partner, the Industrial Development Corporation, also approves the investment.

A low-capital solution has been found to produce Cleaner Fuels 2-compliant diesel at the Natref refinery, in the Free State, which it operates with TotalEnergies.

In addition, a study is under way on the potential to produce clean petrol at the facility by repurposing it to be a green hybrid refinery.

Sasol’s strong financial performance of 2022, during which earnings a share surged by more than 100% to R62.34 a share and Sasol declared its first dividend (R14.70 per share) since 2019, has created a sound platform for a “self-funded transition”.

A venture capital fund to support green-economy startups is expected to be launched later this year.

South Africa is drafting a green hydrogen position statement for the upcoming twenty-seventh United Nations Climate Change Conference (COP27), which is scheduled to take place in Egypt from November 7 to 18.

Under way is a review of the policy and regulatory environment to ensure that the appropriate legal framework is adopted.

Existing frameworks are being reviewed to see whether they can be realigned to fit in hydrogen and under scrutiny are green ammonia, methanol, SAF, green steel and mobility, particularly relating to trucking, busing, railing and shipping.

It is estimated that South Africa’s share of the export market could be in the region of six-million tonnes to ten-million tons of green hydrogen in 2050.

The German government is talking about possible offtake being two to three times the market size originally contemplated to counter gas reduction and South Africa is targeting exporting green hydrogen to Germany, alongside the Namibians.