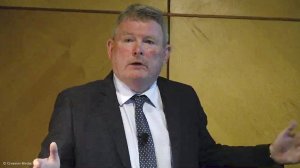 JOHANNESBURG (miningweekly.com) – The record operational and financial performance of Northam Platinum in the 12 months to June 30 was accompanied by the creation of 2 335 new sustainable jobs, which takes the total generated by the platinum group metals (PGMs) mining company's well-timed growth strategy from 2015 to 8 232.

In addition, all of the company’s employees benefit from comprehensive health care, retirement benefits and home ownership assistance, with another 1 279 affordable homes being made available this year.

Northam is now well on its way towards attaining its medium-term production target of one-million ounces a year and is placing its employees and host communities on centre stage to benefit from its empowerment extension, Dunne said during Northam’s hybrid actual/virtual presentation of results, at which the soaring of normalised headline earnings by more than 215% to R10.9-billion was highlighted.

The only short-term fly-in-the-ointment is the global shortage of electronic chips, which has slowed down world vehicle production and thus PGMs demand.

Otherwise, Northam’s record operational and financial performance has allowed the company to be reshaped for the future while returning value to its shareholders through the winding up of the Zambezi preference shares structure and the buyback of 29% of the company’s shares.

Northam Holdings now has 362-million shares in issue compared with the 510-million in issue ahead of the Zambezi empowerment transaction.

The recent High Court ruling on ‘once empowered, always empowered’ places Northam in a very strong empowerment credentials position, giving management the time and flexibility to empower employees and communities.

The company’s composite transaction has thus far unlocked R10.5-billion worth of pre-tax value for employees, communities and strategic empowerment groupings.

Northam’s countercyclical approach has made a tremendous contribution towards vital job creation and extending new empowerment focus to employees brings the prospect of added reward for the workforce, for which greater certainty has been created through five-year wage agreements.

Northam recently signed five-year wage settlements at both the Zonderiende and the Eland PGMs mine, which follows the five-year agreement signed at the Booysendal mine last year, providing the company with significant stability during what is expected to be a buoyant PGMs pricing environment.

“Transformation within the South African economy remains a national imperative and the broad-based stakeholders hold the key to a truly sustainable economic environment, in particular in the areas in which we operate,” added Dunne at the presentation covered by Mining Weekly.

GROWING PRODUCTION DOWN THE COST CURVE

Northam has grown production down the cost curve to benefit from a strong market and to be sustainable during downturns.

The decrease in cash costs is a key benefit of its growth strategy and the company was able to report an overall 2% reduction in unit costs in the period.

Zondereinde, in spite of being hard hit by Covid-19 with all stoping crews only returning in March, increased reef tonnage, with significant contributions from the western extension. The last time milled Merensky tonnes at Zondereinde were at the 1 001 678 t level was in 2006.

“Volume growth enabled us to reduce units costs by 5.7% and this number includes the cost of our accelerated development into the western extension, which we expense,” said Dunne.

As a result of its increased profitability, Northam’s tax contribution has grown significantly and in this financial year covering the 12 months to June 30, the tax of R5.2-billion was the largest annual tax payment in the history of the company. In addition, Northam's employees paid R1.1-billion in income taxes and R1.5-billion went to the government in the form of royalties.

At the Booysendal operations, the total milled was 49% higher at 4.5-million tonnes on the back of South mine growth. Grade from the Merensky North mine was impacted by decline development in preparation for the phase 2 ramp-up to 55 000 t a month once the north rope conveyor system is up and running towards the end of the year.

Booysendal’s unit costs improved by 2.9% to R20 780 per platinum ounce (Pt oz), a sector-leading performance. Operating profit skyrocketed by 256% to R9.8-billion. At Booysendal South, where ground was first broken in 2017, headgrade continues to exceed expectations. The benefit of mechanised on-reef decline-accessed mining is being highlighted at this project.

Surface sources of material bearing PGMs and chromite at Eland mine this year yielded 32 000 four-element ounces and 44 000 t of chrome in concentrates. The cost of this third-party material is linked to commodity prices of the day, which led to the unit cash cost increasing to just below R43 000/Pt oz.

Despite this, an 48%-higher operating profit of R238-million was posted, with the purchase price also now recouped.

“It remains our intention for this mine to pay its own way with limited assistance from the group’s balance sheet over the period,” said Dunne.