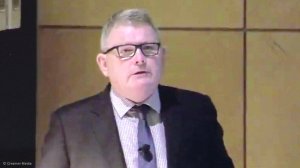 JOHANNESBURG (miningweekly.com) – Platinum group metals (PGMs) mining company Northam Platinum said on Friday that it was designing and building a 10 MW solar energy plant for the company’s smelter at its Zondereinde mine, in Limpopo province.

Located on the northern end of the western limb of the Bushveld Complex, near the town of Thabazimbi, the Zondereinde operation is an established, conventional, long-life operation that mines upper group two (UG2) and Merensky ore, which produced 166 773 oz of refined four element (4E) PGMs in the six months to December 31.

Speaking after the JSE-listed company presented 73.6%-higher headline earnings of R3.3-billion on a 51.9% increase in sales revenues to R11.9-billion in the six months to December 31, Northam Platinum CEO Paul Dunne said the company expected the Zondereinde smelter’s solar plant to be operational from January 2023 and to function at considerably lower electricity cost than what is currently paid to Eskom. (Also watch attached Creamer Media video.)

In response to Mining Weekly, Dunne said that the development of photovoltaic (PV) solar had lowered the cost of solar power to such an extent that if the company did a self-build, it would be generating the solar power electricity at about 30c/kWh, compared with the R1/kWh paid to Eskom.

“Of course, there’s much more to it than that. We’re an energy-intensive user. We are very, very reliant on Eskom, and that's unlikely to change. But what we can do is supplement Eskom with PV at quite an attractive cost. If you again put the capital in there, it’s about a four-year payback by our calculations for a 10 MW unit,” he said.

On whether the company intended going emission-free underground at the mechanised eastern limb Booysendal PGMs mine through the introduction of green hydrogen fuel cell driven fleets, Dunne said: “Emission-free, no, but we can reduce our carbon emissions by at least 20% over the course of the next decade and we’re still formulating our longer-term statement surrounding that.

“We’re looking at PV on site, we’re looking at some offsetting of wind in the Eastern Cape and at this stage we're experimenting with batteries,” he added.

As a producer of green metals that benefit the global environment, Dunne said during his presentation that Northam was acutely aware of the direct impact that its own operations had on the local environment and was mitigating that impact through careful planning, energy efficient design, ongoing operational improvement, environmental rehabilitation and, where necessary, the establishment of conservation of biodiversity offsets.

Although the company processed large quantities of water, 82% of that water was recycled and no reportable environmental incidents had been reported during the half-year as a consequence of strict compliance to its integrated environmental management programmes.

Northam, he said, had always considered energy efficiency in its design and operations, citing as a good example its application of hydropower technology and backfill at Zondereinde mine.

Its primary focus was on energy intensity per tonne, which had improved by 18% over the last 12 months. which translated into a lower intensity of greenhouse-gas emissions.

“However, in order to see a decrease in total emissions, we have made a commitment to renewable energy," said Dunne.

Operational growth projects, initiated in a period of lacklustre metal prices, are now coming on track, and delivering valuable contributions into a rising metal-price environment, and projects which were temporarily scaled back have been resumed.