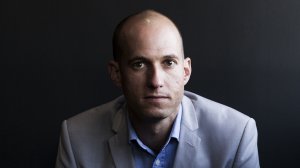 An updated version of a 2017 study conducted by professional services firm Accenture in collaboration with the World Economic Forum – the 'Extracting Value and Building Resilience with Data-led Mining in South Africa' report – highlights that, with a combination of seven digital initiatives, South Africa’s mining industry will be able to create R213-billion in value by 2026.

To investigate how South African mining companies are navigating digital transformation and the impact of their investments in digital technologies, Accenture conducted a survey of 30 local mining executives in 2019.

To calculate the realised and unrealised value potential of digital technologies, data and analytics, Accenture used its value-at-stake framework, which is designed to assess the impact of digital transformation initiatives on industry, customers, society and the environment. It provides a differentiated and evidence-based understanding of the extent of the impact that digital transformation will have on an industry, and where potential value-creation opportunities exist.

This is because some companies have overlooked investments in key foundational technologies, such as advanced analytics and integrated platforms.

According to Accenture’s report, this contributes to local miners missing out on nearly R51-billion, or a third of the R153-billion value creation opportunity, arising from the deployment of advanced analytics and integrated platforms.

In addition, domestic miners also risk not being able to completely tap the gains available from the digital technologies already deployed.

Accenture Africa Industry X.0 MD Eric Croeser says making the most of its digital investments is particularly important for the local mining sector, considering that a series of economic slowdowns and business disruptions have repeatedly erased significant value from miners' books.

The firm notes that, based on estimates from Oxford Economics data, business disruptions brought about by Covid-19 are expected to shrink the mining sector’s value-add output by 3% this year.

Secondly, they have leveraged the entire ecosystem and forged unique collaborations to create value with foundational technologies.

However, Croeser tells Mining Weekly that mining operations in South Africa have been somewhat hesitant to take up digital technologies, and of those that have, some have not fully integrated that technology with a focus on end-to-end data consolidation, analytics and the incorporation thereof.

This results in lost efficiency and missed profits, he says.

A key factor in setting local operations apart from overseas operations is South African miners' tendency to “wait and see” how others first implement digital technologies, before replicating the most successful or most appropriate solution for their mines, suggests Croeser.

Another factor, although having a smaller impact, is the fact that South African mines are undertaken on a larger scale, go deeper, are older and are generally more labour-intensive – factors which may have a bearing on them wanting to remain semi-conventionally mined and reluctant to retrofit new digital technologies, driven by big-data, he alludes.

In addition, there are few greenfield mining projects in the South African pipeline, with many new projects instead being brownfield expansions, he says, adding that this further makes miner’s reluctant to implement digital technologies as they are perceived to work more seamlessly when implemented from “day one”.

However, mines of any size and age can be adapted with digital technologies, but need to be backed up with the right data, delivered to the right people at the right time, states Croeser.

In this regard, companies that are “value obsessed”, are more likely to ensure that as much data and analytics are fed into digital systems, in real time, to effect greater efficiencies, enhance timeous decision-making and enhanced safety for those few people out in the field.

“The organisations that are ‘value obsessed’ are the ones seeing the most return on value for their digital and data investments. If you do not have a very clear value-targeting framework it can seem to be a bit daunting,” he says.

Croeser stresses that the challenge with implementing digital solutions, whether it is large-scale autonomous operation of dump trucks or remote drilling, is that the right data needs to be delivered quickly, in the right format, to the appropriate people.

Consequently, another critical factor in digitalising operations is that people remain core to the operations, he states.

“The organisations that are taking their people with on the journey to digitalisation are also the ones experiencing the biggest return on investments into digitalisation because people still make this transition happen. People are still core to mining,” says Croeser.

As such, he highlights that organisations are spending a lot of money to upskill their employees in skills sets that are not necessarily core to mining, but will ensure they can make informed digital decisions to increase mine efficiency.

In this regard, Croeser also notes that Covid-19 and its associated workplace personnel restrictions have propelled the use of digital technology and remote working.

“If Covid-19 has taught us one thing, it is the need to drive digital and the ability to remotely operate. This will become core to the way we work going forward.”

He points out that, according to the International Data Corporation, Covid-19’s impact on certain digital factors, such as autonomous operations, remote operations centres and digitally-connected worker initiatives, is that they have been “pulled forward” by about three to five years.

Croeser says that although these initiatives were always planned for the future, Covid-19 has catalysed organisations to reduce their reliance on people in the field, as far as is practically possible, and instead shift these people indoors to conduct the same work, but in a digital, autonomous and remote manner.