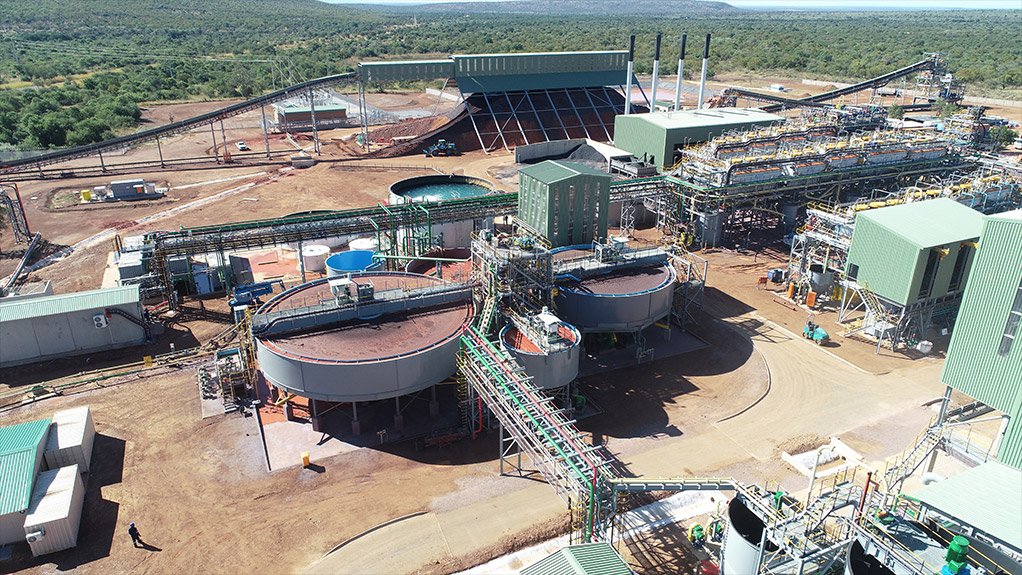 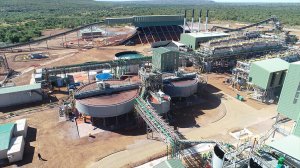 Fluorspar mining company SepFluor’s new Nokeng fluorspar mine, in Gauteng, is in the final stages of commissioning, which is expected to take a further three to six weeks to complete.

After a difficult period for the global fluorspar market, from 2011 to 2016, owing to the closure of high cost producers and because of the implementation of stringent environmental measures in China, growing demand for fluorochemicals internationally has revitalised the market. This provides the ideal time for the pending commissioning of the Nokeng fluorspar mine, says SepFluor CEO Rob Wagner.

“Nokeng has been in development for a long time and this illustrates how long it takes to get a mine off the ground, particularly in tough economic times. The mining rights were issued in 2011. The mine is now essentially complete.”

Physical construction of the project began in July 2017, with the building of the mine on schedule and within budget.

The mine consists of two openpit mining areas – the Plattekop higher-grade small deposit and the larger, lower-grade Outwash Fan deposit.

“We plan to ship our first shipment of material at the end of May, which will probably drag into early June,” he states.

The mine has an estimated LoM of 19 years.

“The ramp-up and fine-tuning process is probably a three- to six-month process, but we expect to start putting initial product on the floor in April. Whether it will be on specification to start with is debatable, but we’ll quickly bring that up to spec.”

The ramp-up will involve initially achieving the final product specifications at a lower recovery than design and slowly ramping up over this period to full recovery and final output of approximately 15 000 t a month of acid spar and 2 500 t a month of met-spar.

The Nokeng fluorspar project has been funded by a combination of equity from shareholders. The equity consists of an investment amounting to 45%, with the other 55% of equity in the form of a loan from the principal lenders.

Despite the success of the funding, financing the Nokeng project remained the biggest challenge for the mining project, says Wagner.

This can be attributed to multiple factors. While the market has recovered since its difficult period, gathering financing at the beginning of the project in such economic conditions proved difficult.

“You go into an education process as well as trying to finance it . . . But once we had completed the financing, construction became a lot more routine, more hands-on and practical, which is something we in South Africa understand well,” Wagner enthuses.

The Nokeng fluorspar mine will produce several products, one of which is acid spar – a fine pink powder that is 97% pure fluorspar. It is an intermediary product in the production of downstream products, such as hydrofluoric acid, aluminium tri-fluoride and refrigerants, from fluorspar and will be exported until there are more options for local beneficiation.

“There’s a very limited market in South Africa for it. We will primarily export to the US, Europe and later to India. We also have some interest from China, but that’s still early days at this point,” outlines Wagner.

Operating cash flows from the mine will be used to fund the company’s second mine, the Wallmannsthal fluorspar mine. SepFluor has the mining rights and water-use licence for the project and a prefeasibility study has also been completed.

Wagner emphasises that the company has always planned to be a vertically integrated fluorspar company. This would involve using the raw materials gained from the first two fluorspar mines and then building a fluorochemicals plant to beneficiate the fluorspar.

The plan is to build SepFluor’s downstream beneficiation plant in Ekandustria, near Bronkhorstspruit, in Gauteng.

The company is currently involved in fund-raising activities for the plant, having completed a new bankable feasibility study at the end of last year. SepFluor expects to close financing for the plant by the end of this year.