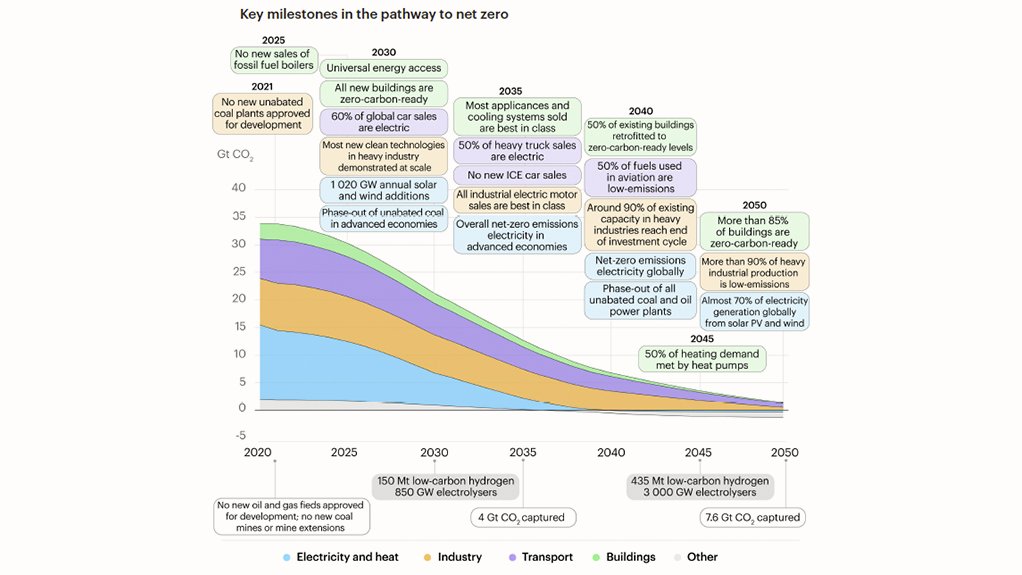 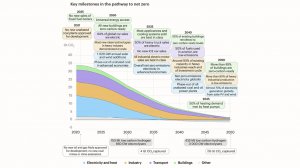 A new and far-reaching study of how to transition the global energy system to one with net-zero carbon emissions by 2050 highlights the need for a dramatic acceleration in the pace and scale of renewable-energy and grid investment, while simultaneously halting new fossil-fuel supply projects and abandoning any new unabated coal plants.

Published by the International Energy Agency (IEA) as part of preparations for the twenty-sixth Conference of the Parties, or COP26, climate gathering scheduled for Glasgow, Scotland, in November, the ‘Net Zero by 2050: A Roadmap for the Global Energy Sector’ report concludes that the world has a viable, albeit narrow, pathway for limiting the global temperature rise to 1.5 °C above preindustrial levels.

Central to the pathway is a rise in the role of electricity, derived primarily from increasingly cost-competitive renewable plants, in achieving net-zero.

Electricity, the IEA shows, will need to account for almost 50% of total energy consumption in 2050 and play a key role across all sectors, from transport to buildings and industry, including becoming a key input for producing low-emissions fuels such as hydrogen.

To achieve this, total electricity generation increases over two-and-a-half times between today and 2050 and no additional new final investment decisions are taken for new unabated coal plants, while the least efficient coal plants are phased out by 2030, and the remaining coal plants still in use by 2040 are retrofitted to capture carbon.

“By 2050, almost 90% of electricity generation comes from renewable sources, with wind and solar photovoltaic (PV) together accounting for nearly 70%. Most of the remainder comes from nuclear,” the report states.

Described as the world’s first comprehensive study of how to transition to a net-zero energy system by 2050, while also ensuring stable, affordable and universal energy access, the report calls on policymakers to prioritise the following:

The IEA said that new energy security challenges will emerge on the way to net zero by 2050, even as the role of oil and gas diminishes.

“The contraction of oil and natural gas production will have far-reaching implications for all the countries and companies that produce these fuels . . . [while] OPEC’s share of a much-reduced global oil supply grows from around 37% in recent years to 52% in 2050, a level higher than at any point in the history of oil markets.”

In addition, there could be energy security challenges arising as a result of the increasing importance of electricity. These could include the variability of supply from some renewables, cybersecurity risks and a rising dependence on critical minerals, with associated risks of price volatility and supply disruptions.

IEA executive director Fatih Birol sad that report showed that the prospects for achieving net-zero emissions by 2050, while challenging, was not yet lost and also held potential economic and social benefits.

“The IEA’s pathway to this brighter future brings a historic surge in clean energy investment that creates millions of new jobs and lifts global economic growth. Moving the world onto that pathway requires strong and credible policy actions from governments, underpinned by much greater international cooperation.”

Nevertheless, he stressed that each country would need to design its own strategy, taking into account its own specific circumstances.