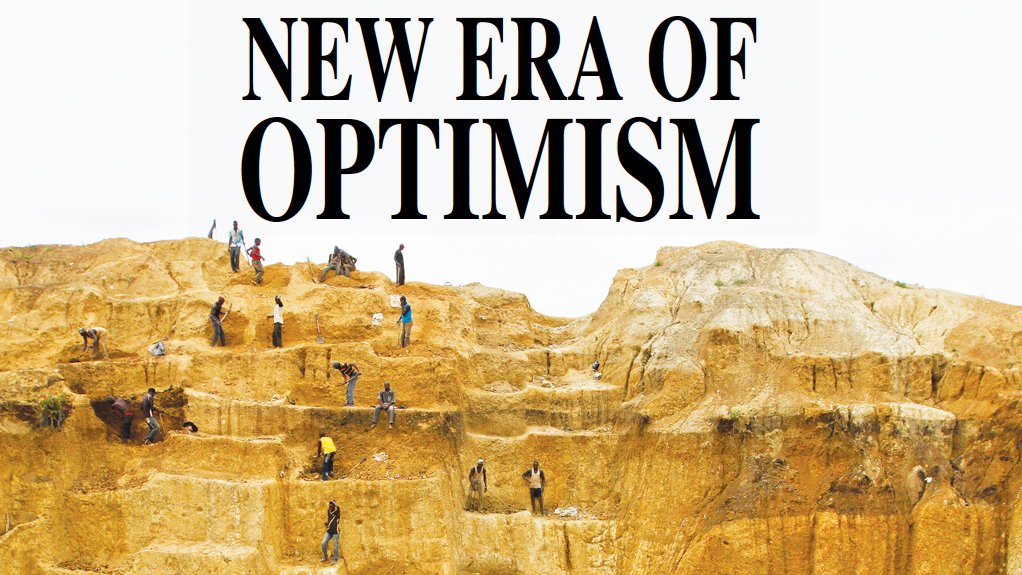 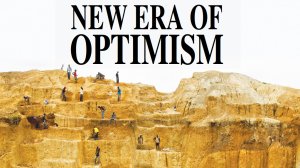 JOHANNESBURG (miningweekly.com) – With investors continuously scouring for new opportunities worldwide and countries scrutinised for their investment attractiveness and monitored in terms of economic growth, new light has been cast on the re-emerging and growing Nigerian mining sector, while South Africa’s mining industry remains under hopeful scrutiny, as there are signs that regulatory uncertainty will be positively addressed.

While oil and gas have been known to dominate the Nigerian economy, the country is “a fast-evolving mining jurisdiction”, stresses PwC Nigeria advisory partner and mining leader Cyril Azobu, who states that, if the right steps are taken and the current momentum is sustained, the country’s solid minerals sector can contribute up to 3% of gross domestic product (GDP) by 2025, as predicted in the Roadmap for the Growth and Development of the Nigerian Mining Industry.

This would be a marked increase from a contribution of about 0.5% in 2017.

“I believe it is a very realistic ambition,’ Azobu enthuses.

SECTOR DEVELOPMENT
The roadmap, published by the Nigerian government in August 2016, is a significant step that introduces several important developments in the mining sector that bode well for the industry’s future, says Azobu.

“This important policy document has set the tone for the development of the sector. Following on this, we have seen the constitution of the Mining Implementation and Strategy Team, which has been saddled with the responsibility of coordinating the implementation of the roadmap and managing its execution,” he says.

While the publication of the roadmap has resulted in increased interest in the sector, the perception is that its implementation remains slow, according to Nigerian law firm Udo Udoma & Belo-Osagie partner Yinka Edu.

Azobu, however, optimistically refers to “a remarkable shift” in thinking among policymakers towards other sources of revenue for government, besides oil and gas.

Efforts in the solid minerals sector include government’s approval of a N30-billion Mining Intervention Fund, which is being directed towards geological data gathering, capacity building for artisanal miners, exploration, and research and development, as well as mining security.

Further, government’s focus on improving the ease of doing business in Nigeria has resulted in the country moving up 24 places in the World Bank’s ‘2018 Ease of Doing Business Report’, Edu points out.

“Efforts are being put in place to change the narrative and bring Nigeria’s mining sector to a level where it can be referred to as a significant mining hub on the continent,” Azobu adds.

There are several incentives for interested investors, such as a three-year tax holiday for new mining companies, which may be extended for two years, as well as being exempted from customs and import duties on plant, machinery, equipment and accessories. There is also provision for 100% ownership of mining concerns.

In 2017, the Nigerian mining sector featured strongly in the country’s journey to economic recovery and consolidation, Nigeria Minister of Mines and Steel Development Dr Kayode Fayemi noted in his speech at the 2017 end-of-year Ministerial briefing.

For instance, when it released the GDP figures for the second quarter of 2017, the Nigerian Bureau of Statistics indicated that the economy had grown by 0.55%, largely attributed to improved performance in not only the oil and gas sector but also other economic activities, such as mining. Fayemi noted that the mining sector grew by 2.24% in that quarter and that, as of November 2017, the sector had surpassed the total revenue of about N2-billion generated in 2016.

“Our [aim] remains to improve the mining sector’s contribution to GDP, and create jobs and economic opportunities for Nigerians, Fayemi stressed.

South Africa, with a more developed mining sector, remains resilient. Azobu believes that a better-defined policy and regulatory environment, and the availability of infrastructure, as well as access to data, finance and skills, are the reasons that there is currently more mining investment in South Africa than in Nigeria.

South Africa’s mining industry, the economic flywheel of the country, comprised 6.8% of the local economy in 2017, which was marginally down from the 7% of overall GDP in 2016.

In real terms, the industry was estimated to have expanded by 3.7% in 2017, contributing R312-billion to GDP, partially owing to an increase in production.

The mining industry also contributed R93-billion to fixed investment in 2017, with employment estimated to have increased by 1.6% to 464 000 people during the same year.

However, the local mining sector has been affected by regulatory uncertainty and a “breach of trust” in industry and government relations, leading to a slip in investor confidence, following the unilateral development and publication of the Reviewed Mining Charter for the South African Mining and Minerals Industry, also known as Mining Charter III. The charter was published in June last year by Mineral Resources Minister Mosebenzi Zwane.

The publication and content of the charter, which, in its current form, will jeopardise the viability of an industry that is already under significant pressure, according to the Chamber of Mines of South Africa (CoM), have resulted in legislative contestation and a review application from the chamber to set it aside.

“There is some perception that South Africa is risky because of inconsistent mining policy and regulation and, according to the Frazer Institute’s annual survey, South Africa is currently lowly ranked because of this risk,” Mandlana notes.

He encourages the promotion of the domestication of the Africa Mining Vision – the policy and roadmap adopted by the African Union in 2009 to facilitate transparent, equitable and optimal exploitation of mineral resources of Africa – to overcome the challenges in the local mining industry, which are most evident in the current perceived investment risk and the lack of a shared vision for the industry among all stakeholders.

Core Consultants MD Lara Smith highlights some challenges in Nigeria as well, such as the perception that there is a misalignment between the land tenure system under the Land Use Act and the granting of mining licences under the Mining Act.

“Consequently, there is a need for better cohesion between state governments and the federal government of Nigeria, which grants the mineral rights, to ensure that holders of mining licences [are able to] exploit their mining rights.”

Edu underscores the need for harmonisation to achieve more efficient regulation, noting that, “for this system to work smoothly, the federal government of Nigeria and the state governments need to work together more closely”.

Smith and Edu also note that the absence of, or limited, current and reliable geological data, as well as the lack of geological standards, further hampers investment in the Nigerian mining industry. Azobu agrees, highlighting the “weak mechanism for gathering, disseminating and archiving critical geological data required by investors and policymakers, as well as the preponderance of informal or illegal mining activities, with attendant environmental impacts”, as key challenges.

Other challenges include insufficient infrastructure, policy uncertainty and, in some instances, regulatory conflicts, as well as access to finance and the overall unfavourable business environment, much of which stems from poor development in the sector in years past and policy inconsistency by successive governments.

RECIPROCITY
While Nigeria’s mining sector is evolving, the South African mining sector is a matured market and has enjoyed relative stability over the years, with more foreign investment inflows, Azobu points out. He suggests that Nigeria is looking to learn from South Africa and other developed mining destinations as it develops its own mining sector.

Bowmans mining head Charles Young suggests that Nigeria could learn from the South African mining sector in terms of the adoption of advanced technology to boost productivity, while Azobu believes that South Africa can learn from Nigeria by not repeating mistakes such as the country’s indigenisation policy that resulted in the nationali- sation of many foreign-owned mining companies.

“In implementing various initiatives to empower locals, South Africa must take care that it is not perceived in [a way that scares] mining investors [away]. This could lead to a drop in investment and the collapse of the sector,” Azobu advises.

CONTINENTAL OUTLOOK
With the re-energisation of Nigeria’s mining sector under way, PwC Nigeria hopes to see the continued implementation of the roadmap, with government providing an enabling environment to attract investors to ensure the sector thrives.

Additionally, a comprehensive policy agenda for Nigeria’s minerals and mining sector is planned to be unveiled soon, which may further set the tone for investments in the sector.

“There has been much clearer policy direction for the sector in the past year and this has gene- rated a lot of optimism for the future,” Azobu says, emphasising that these efforts are critical to overcoming current challenges in the mining sector.

Plans include the Nigerian Geological Survey Agency undertaking an extensive electromagnetic airborne geological survey of promising parts of the country this year and continuing to collate data on available minerals for easy accessibility.

Fayemi has stressed that Nigeria’s mining sector remains a critical factor in the implementation of the Economic Recovery and Growth Plan (2017–2020), which projects that the minerals and metals sector will be one of the sectors driving the country’s recovery by growing sectoral contribution to GDP from N103-billion in 2015 to N141-billion in 2020, at an average yearly growth rate of 8.54%.

Meanwhile, South African CoM CEO Roger Baxter reiterates that, if the leadership focus in South Africa shifts to achieving an attractive policy, regulatory and governance environment through ethical leadership and the adoption of competitive, stable and predictable policies, then “considerable” new investment could take place.

He senses a new era of hope and buoyancy in the local mining industry, and a new confidence that a resurgence in the industry may take place this year.

Baxter underscored the positive winds of change at a media briefing at the Investing in African Mining Indaba, in Cape Town, at the beginning of the month, noting that the initial signals from the leadership of the ruling party gave the CoM reason to be cautiously optimistic. He advised that, following the December 2017 ascension of Cyril Ramaphosa to the leadership of the African National Congress, and the subsequent unseating of State President Jacob Zuma, real action had to follow.

Baxter believes that, with 2018 having “some real positive green shoots”, it is possible to look forward with reasonable hope for the South African mining industry.

Further, he highlighted the findings of an aggregated survey conducted among the CoM’s members, which sought to understand the investment and employment potential of the mining industry in the event of a return to “better practice” in policy, legislation and regulation formulation.

According to key findings of the survey, in terms of capital expenditure, Baxter noted that a more conducive and certain environment could result in an additional outlay of more than R122-billion. “This means that capital expenditure on mining projects could be 84% higher than the current R145-billion spent in the mining sector (and currently stretching over the next four years).”

Smith nevertheless suggests that Nigeria, as a re-emerging mining nation, is “absolutely worth exploring”, citing significant “untapped potential”, while Azobu enthuses that, with the incentives and a willingness among key stakeholders to collaborate in driving growth in Nigeria, “there is no better time to invest in unlocking the mining potential of Nigeria”.