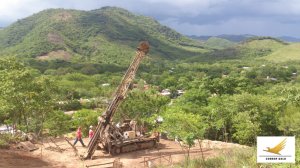 TORONTO (miningweekly.com) – While several regions in the Central American isthmus might be perceived as being “closed” for mining investment, the largest country in the region, Nicaragua, is “open for business”, the country’s general director for mining at the Energy and Mines Ministry (MEM), Carlos Zarruk, recently told Mining Weekly Online in an interview.

Mining had been a part of the country’s history for more than a century, and now more than ever, the country was gearing up to invite more mining investment.

Gold had also ranked among Nicaragua’s top five export products throughout the years and in 2013, it was ranked as the country’s top export product. Last year, Nicaragua produced 205 590 oz of gold and 254 860 oz of silver.

Under the metallic sub-sector fell exploration and exploitation and included commercial gold and silver mining, as well as small-scale national gold miners for local sales. The largest companies participating were from Canada, the UK and Nicaragua and its main export markets were the US and Canada.

In the non-metallic subsector counts sand, concrete, rock fill, limestone, lime, calcium carbonate, gypsum and pumice. Its largest companies were from Nicaragua, Mexico and Switzerland and most output is sold to the local construction industry.

International miners such as B2Gold Corp, Canchinic, Condor Gold and Golden Reign Resources had already made themselves at home in the country, and were currently developing successful projects.

“All companies were complying with national legislation and implementing social responsibility practices with their employees, the communities where they were established and the environment,” VP of the Nicaraguan Chamber of Mines Denis Lanzas pointed out in the same interview.

He noted that less than 10% of the country was currently under exploration and all current mining operations were taking place in three historical districts: the Golden Triangle (Bonanza, Siuna and Rosita), La Libertad/Santo Domingo, and El Limón/La India, leaving plenty of room for exploration upside.

With a territorial reach of more than 130 000 km, Nicaragua is a country with vast natural resources. It offers more than 34 868 km2 of potential for mining activities. The country also enjoys a privileged geographic location.

Further, the proximity to North and South America makes Nicaragua an attractive destination for companies that are looking to export to those markets.

For example, flight time to Toronto, Canada, is between five and seven hours, depending on layovers. The country’s access to the Pacific Ocean and the Caribbean Sea also facilitates exports towards destinations in Europe and Asia.

Recognising the mining sector’s potential to boost the country’s current gross domestic product of about $11.1-billion a year and economic growth of about 4.7% to 5%, the Nicaraguan government, through the MEM, is actively promoting investments by establishing a solid legal framework and facilitating the development of mining projects, Zarruk said.

He added that in recent years, Nicaragua had actively engaged in multilateral, regional and bilateral negotiations, to become better integrated into the world.

“Over the years, Nicaragua has made important progress in the improvement of its investment climate in an effort to continue to attract high-quality foreign direct investment. The main legislation governing foreign investment in the country is Law 344, which establishes a series of solid legal guarantees for foreign investors,” Zarruk said.

The country also is a member of the International Centre for Settlement of Investment Disputes, the Multilateral Investment Guarantee Agency, the Overseas Private Investment Corporation, and the Inter-American Convention of Commercial Arbitrage of Panama, while also being a signatory of the United Nations Commission on International Trade Law.

Nicaragua’s strategic location in the heart of the Americas has allowed the country to position itself as a very competitive export platform to markets worldwide.

The ‘2014 Doing Business Report’, published by the World Bank, provides a quantitative measure of the business climate in countries around the world. Nicaragua ranked number one in the Central American region in its indicators for investor protection, enforcing contracts and closing a business.

Further, Nicaragua’s population is young and dynamic, with 77% of its total population under the age of 39. The country’s labour force of 3.2-million is reported to be flexible, with good working habits, a fast learning curve and low absenteeism and attrition rates; all of which had allowed this workforce to become quickly recognised as one of the most competitive and productive in the region.

Nicaragua had also become one of the safest countries in the western hemisphere, an advantage recognised internationally by tourists and investors who have relocated to the country. The ‘Economist Intelligence Unit’ confirmed Nicaragua’s high security levels in its 2013 country risk evaluation, ranking the country as the second safest in Central America and the third in Latin America. This report measured indicators such as armed conflict, demonstrations, organised crime and kidnappings in different countries around the world.

“Nicaragua is looking forward to developing the mining sector to its full potential. The mining industry is willing to work with the government to develop technology and promote social investment to become a premier mining destination in the region,” Lanzas concluded.