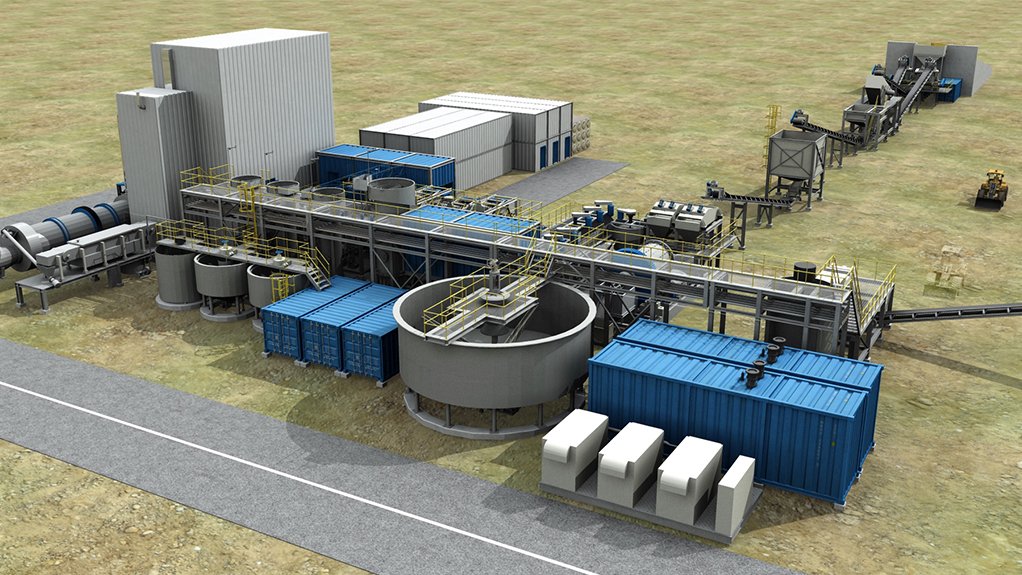 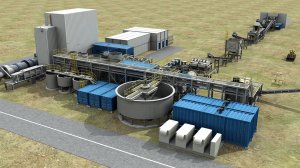 VANCOUVER (miningweekly.com) – The TSX-listed equity of one of the graphite industry’s best kept secrets, NextSource Materials, has recorded significant gains on Tuesday following a company announcement that Japan has approved the company’s registration of ‘SuperFlake’ graphite as a trademark in the country.

The registration of the SuperFlake trademark means that NextSource now has the exclusive right to use this trademark on all natural graphite sold in Japan that it produces from its flagship Molo graphite project, in Madagascar.

Speaking to Mining Weekly Online in an interview from Toronto, senior VP for corporate development Brent Nykoliation stresses that the trademark bears testament to Molo graphite being an “ideal product” for downstream users, based on the product’s superior carbon purity, flake size distribution and verified downstream industry acceptance across all top demand markets for graphite.

Importantly, Nykoliation says that the SuperFlake trademark has now been successfully registered in Japan and the entire European Union, which NextSource was awarded back in August 2017. The company has also applied for and is expecting to be awarded the exclusive right to use SuperFlake in Canada, the US and South Korea – key jurisdictions that represent the top demand markets for flake graphite and the key locations where NextSource intends to sell its SuperFlake graphite concentrate.

“The market has traditionally regarded Madagascar-sourced graphite as desirable due to its very high quality and large flake size. The only problem is that it is hard to come by, since the country as a whole has previously produced no more than  12 000 t/y on average. However, this is set to change by the end of the year, when, pending financing, the Molo project is expected to come on line, with Phase 1 of the mine producing 17 000 t/y of SuperFlake graphite concentrate,” Nykoliation says.

As detailed in the company’s June 2017 feasibility study (FS) on the Molo project, NextSource’s SuperFlake graphite concentrate can achieve 98% carbon purity with simple flotation, has excellent thermal expansion, can be easily upgraded to 99.97% purity (battery grade) and contains no deleterious impurities.

“The timing of our trademark registrations in Europe and Japan coincides well with the company’s planned Phase 1 production, which is targeted for late 2018. Phase 1 will consist of a fully operational and sustainable graphite mine, with a permanent processing plant capable of producing about 17 000 t/y of high-quality SuperFlake graphite concentrate per year over a mine life of 30 years,” he stresses.

The FS has outlined a significantly downsized operation when compared with the company’s previous 2015 FS, slashing the 2015 study’s capital expenditures (capex) of $188-million, for a 53 000 t/y operation, to a mere $18.4-million capex component to establish a 17 000 t/y Phase 1 operation, that will still account for about 3% of the global graphite market.

“This is above the average global output of a flake graphite mine, that stands at about 11 600 t/y, and places Molo as one of the top producing mines outside of China,” he says. “Upscaling the operation to 51 000 t/y capacity, as envisioned by Phase 2 of the project using our modular approach, is expected to cost much cheaper than previously thought. Using a fuly-modular build design for the plant is a mining game-changer,” he advises.

ALL-MODULAR ADVANTAGE
According to Nykoliation, the rollout of the modular Molo plant is in essence a “proof of concept” for the novel approach to mine plant construction, and if successful, could herald an entirely new approach to how mines are being designed and built.
If all goes according to plan, and with funding secured, the team plans to start construction this spring, with first production slated for early December.

Nykoliation explains that the quick timeline all boils down to the entirely modular plant design – considered a first for the industry. The modular plant will be fully constructed, assembled and factory tested off-shore in a developed nation that, for strategic reasons cannot yet be named, before it will be dismantled, then transported to site and reconstructed with minimal manpower and cost.

“In effect, the plant construction is de-risked before arriving on site. This is in fact a de-risking exercise for our modular plant design and has the potential to revolutionise the mining industry,” Nykoliation says.

“What investors likely do not know is that graphite is a significant component in the vanadium redox battery. A 1-megawatt vanadium redox battery will contain about 1 tonne of flake graphite, and we have both of these strategic minerals in very large quantities. We have the potential to become a major supplier of two key energy materials from a single regional source.”

Owing to NextSource using a unique, fully-modular build approach, the Molo project will have the lowest capital cost of any proposed or competing feasibility-stage graphite mine. The Molo project is also verified to have one of the lowest operating costs in the industry, based on a full-cost CIF-basis. The updated FS uses a conservative average weighted selling price of $1 014/t, lower than current market prices, compared with the more optimistic previous price of $1 694/t used in the 2015 FS.

Under the new FS, the project construction time has been halved to nine months and the number of on-site personnel to construct the Molo mine has been reduced from about 1 500, needed for a traditional 'stick-build' construction process, to less than 40 with modular assembly.

SPOTLIGHT ON MADAGASCAR
Nykoliation believes that Madagascar, which relies on the significant Ambatovy nickel/cobalt mine for more than 30% of its gross domestic product, is on the cusp of becoming a global supplier of energy materials nickel, cobalt, graphite and vanadium to the world in the future.

With a pro-mining government headed by Hery Rajaonarimampianina supporting the industry, the country has a stable mining code and regulatory environment that respects the primary resource industry as a significant contributor to state funds.

According to Nykoliation, NextSource has been credited by the government as being one of the most senior development projects, after investing tens of millions of dollars over the past seven years towards project development.

He advises that the company is currently engaging a host of interested financiers, offtake partners and end users in an effort to raise the required capex for the Molo mine.

The company is currently awaiting its mining permit from the Madagascan authorities, which is expected “imminently”. The company launched its application for environmental permiting s in parallel with the mining permit soon after the FS was published in June last year in order to accelerate its timeline to production.

The TSX-listed equity of NextSource jumped as much as 88% on Tuesday to a new 52-week high of C$0.15 apiece on significant trading volumes, as investors vie to get in on surging demand for energy materials used to create lithium-ion and vanadium-flow batteries.