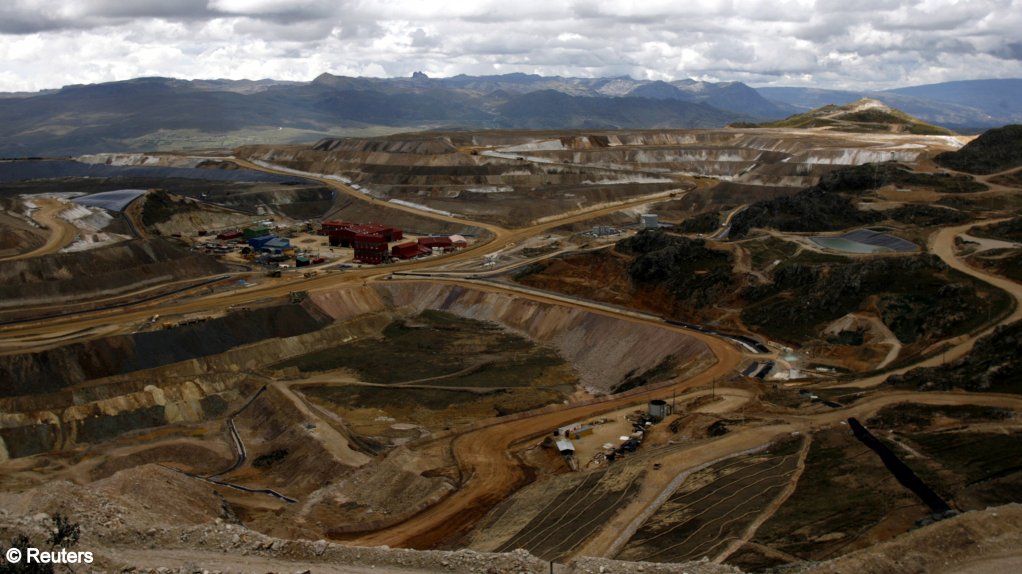 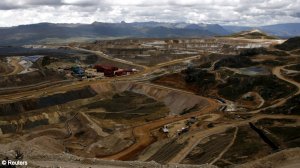 Panoramic view of Yanacocha Latin American's biggest gold mine in the Andean city of Cajamarca, north of Lima.

US-based gold major Newmont will decide on a $2-billion investment at its Yanacocha mine, in Peru, by December and CEO Tom Palmer says the company is ready to engage with the incoming government of Pedro Castillo over the next six months.

In a conference call with analysts on Thursday, Palmer said that he was optimistic that discussions with Castillo’s government would be well received, stressing that Newmont was about to embark on a couple of billion-dollar investments in an economy where mining played a key role.

“We’ve been in Peru for 30 years. The Yanacocha Sulphides project will position us to be in Peru for at least another 30 or 40 years,” he stated, adding that the group was taking a long-term view on its investment in that country.

The Yanacocha Sulphide project would extend the cornerstone Yanacocha operation’s life beyond 2040 in a first phase development, with second and third phases having the potential to extend life for multiple decades.

The first phase of the development focuses on sulphide deposits and an integrated processing circuit, including an autoclave to process gold, copper and silver feedstock. The project would produce about 500 000 gold-equivalent ounces a year in the first full five years of operation.

“We see Yanacocha as a cornerstone asset in a key district that we want to be in for a very long time,” said Palmer, adding that the group would “certainly” be interested if an opportunity presented to consolidate its position in the district.

Regarding Newmont’s project pipeline, Palmer said that it was unmatched in the gold industry and that he considered it to be one of the best in the mining industry.

The miner will produce steady gold production of more than six-million ounces a year through until at least 2030, balanced across its four regions. This profile is enhanced by the production of more than one-million gold-equivalent ounces from silver, latent zinc at Penasquito, in Mexico, as well as copper at Boddington, in Australia, and Yanacocha.

Combined, Newmont would deliver nearly eight-million gold equivalent ounces a year for the next decade – the most of any company in the industry.

The Tanami Expansion 2, which will secure the mine’s future in Australia beyond 2040, and the Ahafo North project, which will expand its footprint in Ghana, are both in the execution phase.