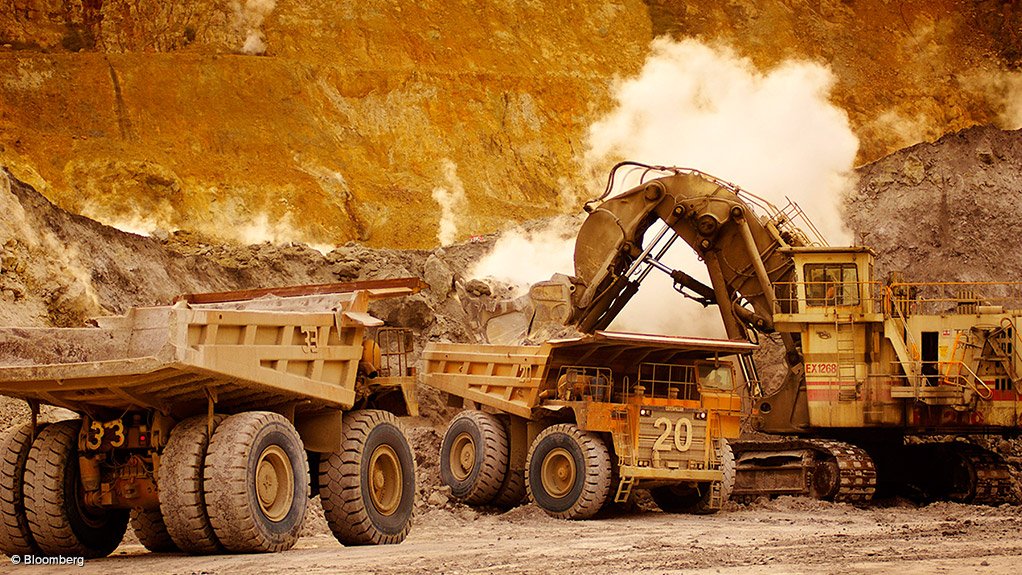 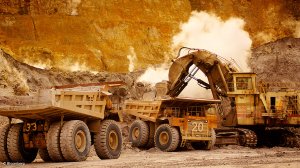 The miner on Tuesday announced the results of prefeasibility studies (PFS) into its Red Chris, Havieron and Lihir Phase 14A projects, after in August releasing a PFS into its Cadia PC1-2 project.

“Newcrest is in an enviable position with four exciting PFS-stage organic growth projects. The projections generated by the PFS studies for these projects indicate compelling rates of return and a material improvement in operating margin and cash flow,” said Newcrest MD and CEO Sandeep Biswas.

“These projects target a 37% increase in copper output and a reduction in our already low all-in sustaining cost (AISC) per ounce by more than 50% over the next decade, with the majority of new investment in Tier 1 jurisdictions.”

AISC is anticipated to be less than A$500/oz by 2030, with the current low Cadia ounces joined by low cost ounces from Red Chris, Havieron and Lihir. Strong production is also expected to continue at a rate of around two-million ounces a year until at least 2030.

“The progression of these studies is consistent with our long-term strategy of pursuing profitable growth in a safe and sustainable manner from a portfolio of long-life, high-quality assets optimised through innovation and creativity. Our ability to identify and maximise value from these organic growth options is supported by our best-in-class technical expertise, especially in deep underground mining where we have a strong track record,” Biswas said.

He added that the projected growth profile of Newcrest’s copper production is particularly exciting and would allow the company not just to advance its own sustainability objectives, but to participate in the potential opportunities presented by a global shift to decarbonisation.

“While Newcrest is primarily a gold company, we will continue to have a substantial and increasing exposure to copper, a commodity we believe has a compelling growth outlook.”

The PFS at the Red Chris operation, in British Columbia, has confirmed that the project could deliver an average 316 000 oz/y of gold and 80 000 t/y of copper production from the Macro Block, during 2029 to 2034.

The project would require a capital spend of some C$2.6-billion for the development of the Macro blocks, and would have a 31-year mine life at an average mill throughput rate of 12.8-million tonnes a year, delivering a net present value (NPV) of C$2.3-billion and an internal rate of return (IRR) of 17%.

“The Red Chris block cave PFS confirms Red Chris’s potential to be a long life, low cost mine capable of producing a total of 5.3-million ounces of gold and 1.7-million tonnes of copper at very attractive cash margins. The study highlights the quality of the deposit with a C$2.3-billion net present value and 17% internal rate of return, but we believe captures only part of the longer term opportunity at Red Chris,” said Biswas.

“Since acquiring our 70% interest in Red Chris in August 2019 we have been focused on unlocking its future potential, which we have always believed to be significant, and which is confirmed by the Study. To date, we have had considerable exploration success at Red Chris, including our exciting East Ridge discovery and the existence of multiple high grade pods in the East Zone, both of which are outside the scope of this study.

“East Ridge is a new zone of higher grade mineralisation located outside the initial mineral resource estimate, with intercepts to date highlighting the potential for resource growth over time. We are currently evaluating ‘early mining’ options for the high grade pods in the East Zone with the aim of generating additional cash flows prior to the completion of block cave construction.”

”Red Chris is already in a Tier 1 mining jurisdiction. We believe that we can transform the asset into a Tier 1 operation through the application of our proven industry-leading block caving technologies and, in doing so, provide attractive financial returns to shareholders as well as multi-generational employment and other opportunities in Tahltan territory and in British Columbia” said Biswas.

The PFS for Havieron, near the Telfer mine in Western Australia,estimated a capital expenditure of A$529-million to develop the asset, which is expected to produce some 160 000 oz/y of gold and 6 900 t/y of copper, over an initial mine life of nine years.

The PFS estimated an IRR of 16% and a NPV of A$304-million, with a pay-back period of four years from first commercial production.

Havieron is located some 45 km east of the existing Telfer operations, in Western Australia, and Newcrest has adopted a staged approach to the evaluation and development of Havieron aiming to deliver early production and cash flows from the project while work continues to define potential resource additions and assess growth targets.

The completion of the PFS triggered Newcrest’s entitlement to an additional 10% interest in the Havieron joint venture (JV), taking the miner’s share of the project to 70%.

“It is an incredible achievement that, within two years of starting the Havieron drilling program, we have been able to deliver this significant project milestone and demonstrate financial returns that comfortably exceed our hurdle rate, even in this first stage. The PFS underpins an initial ore reserve estimate for the upper section of the South East Crescent Zone which increases our confidence in achieving first production in 2024 and triggers our entitlement to a cumulative 70% JV interest,” said Biswas.

"We believe that this is just the first stage of a bright and profitable future for Havieron. Our extensive drilling programme continues to assess the extent of the South East Crescent zone and further test the Northern and Eastern Breccia for mineralisation which may be suitable for bulk mining methods. We have recently delivered several new and exciting high grade intercepts which extend the high grade mineralisation beneath the initial mineral resource estimate and highlights the potential for further resource growth.”

“Notably, the study assumes that Havieron is the sole ore feed for the Telfer plant and does not assume any potential upside from the extension of Telfer’s mine life beyond 2024. We continue to assess the potential for further open pit and underground opportunities at Telfer to extend its life and supplement production from Havieron in 2024 and beyond” said Biswas.

In PNG, the Lihir Phase 14A PFS focused on extending the Phase 14 cutback and safely steepening the walls of the pit using civil engineering techniques to access existing indicated mineral resources that would have otherwise been inaccessible through standard mining techniques. The PFS integrates Phase 14A’s future mine design and sequence into Lihir’s mine plan and establishes the expected costs, schedule and sustainable production rate.

The PFS estimated an additional life-of-mine (LOM) gold production of 965 000 oz from Lihir, for a capital spend of A$179-million.

“The findings of our Lihir Phase 14A PFS accelerate the realisation of our aspiration for Lihir to be a one-million ounce plus per annum producer from 2024, which will benefit landowners, all Lihirians and PNG. Phase 14A increases Lihir’s ore reserves, brings forward gold production and improves operational flexibility by establishing an additional independent ore source.

“The study also highlights the opportunity for Phase14A techniques to be applied to future cutbacks at Lihir, potentially unlocking more value. We have also confirmed the deferral of the need for the Seepage Barrier to the second quarter of 2026, with the potential to further defer the timing of the barrier,” said Biswas.

The Newcrest board has now approved for Red Chris, Havieron, Lihir and Cadia to all proceed to feasibility stage.

“Beyond the base case projections generated by the PFS studies, we continue to evaluate and progress opportunities to extract the full potential of these growth projects. An example of this is East Ridge at Red Chris, which is not included in the current Red Chris PFS but could be incorporated into later studies.

“At Havieron, the PFS is based on ore reserves of 14-million tonnes and does not consider 37-million tonnes of inferred mineral resource, so there is considerable upside potential for a larger scale operation of more than 3-million tonnes per annum from further exploration success, and the ongoing assessment of higher throughput rate options.

“We will also progress other organic projects in the portfolio, such as the potential for further open pit and underground opportunities at Telfer to extend its life and supplement production from Havieron in 2024 and beyond, the development of Wafi-Golpu and potentially Namosi. All of these options, and further exploration success elsewhere, represent upside potential to the base case outlook presented today,” said Biswas.

“We intend to fund and deliver each project through internal cash flow and prudent use of our strong balance sheet, and our dividend policy remains unchanged.”