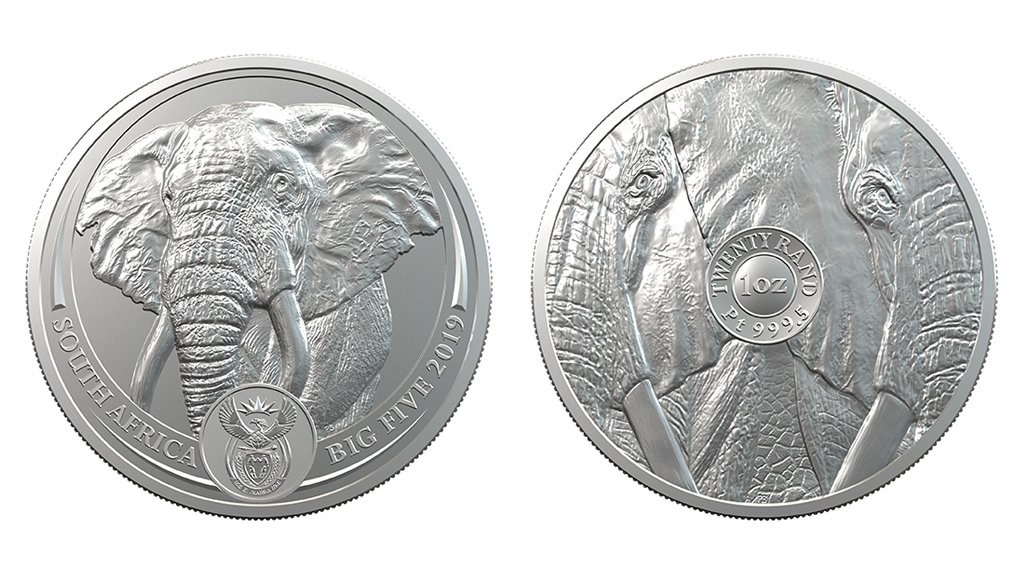 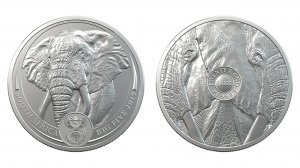 Elephant to be followed in six-monthly intervals by lion, rhino, leopard and buffalo.

Muller heaped praise on Minerals Council South Africa CEO Roger Baxter and outgoing Anglo American Platinum CEO Chris Griffith for devoting “many, many years of work and negotiation” towards ensuring that the coin would see the light of day.

The largest living land animal, the elephant, is celebrated in the new series, which will include a new animal every six months from 2020 to 2022, beginning with the elephant and followed by the lion, rhino, leopard and buffalo.

The 1 oz coins are struck in 999.5 platinum and minted to bullion standard.

The coin has been issued by the makers of the iconic gold Krugerrand, the most successful precious metal coin on earth, which attracted sales of more than 60-million pieces over 50 years, equating to more than 1 660 t of local gold used in the process.

The new Big Five platinum series provides global investors with another choice in platinum, the World Platinum Investment Council (WPIC) stated in a release to Mining Weekly, which pointed out that coins are legal tender in South Africa at a face value of R20, a price based on its precious metal content.

“The industry is often asked what it is going to do about marketing development and this is testament to the wonderful work the industry has done,” said Muller.

The 2019 platinum surplus stood at about a million ounces, with the low $870/oz platinum price partly upheld by investment demand, generated by the attentive work of the WPIC.

“I think the platinum coin will provide a big boost to investment demand,” said Muller.

Prestige Bullion, a joint venture between the South African Mint and precious metals smelter Rand Refinery, is targeting the series at retail investors as part of its platinum bullion market debut.

The Platinum Leadership Forum has previously stated that platinum demand could buy about 20 000 oz/y if South Africa were to produce platinum coins similar to the gold Krugerrands it already sells.

The coin series is expected to unlock the promise platinum holds as an investment product with a store of value and source of long-term appreciation.