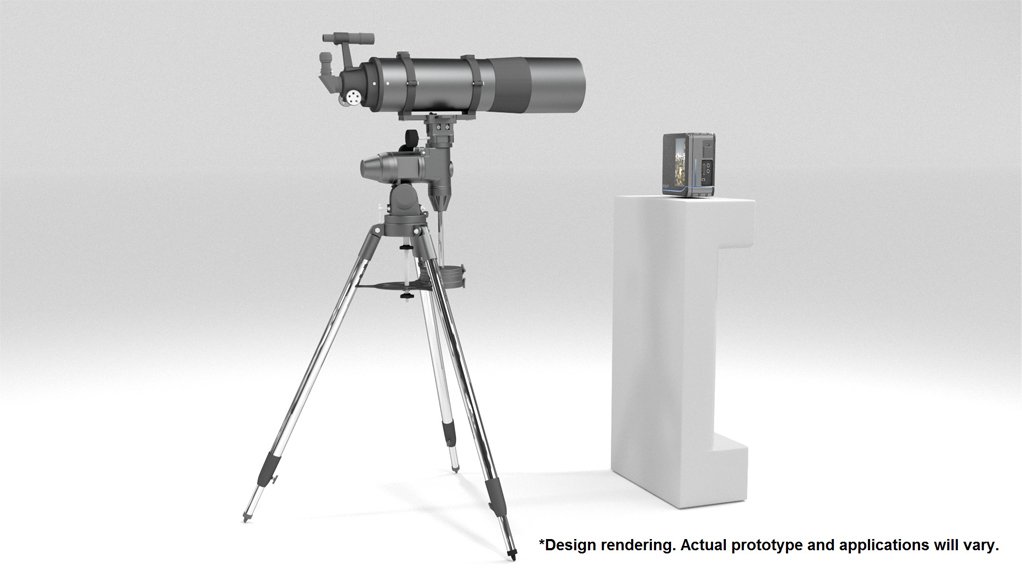 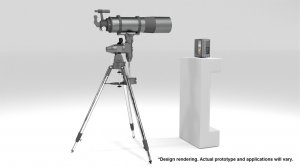 NexOptic CEO Paul McKenzie explained to Engineering News in a recent interview that the company had identified a significant business opportunity in private technology development company Spectrum and, for that reason, secured an option to acquire a 100% stake in Spectrum.

While the option agreement was being executed, Spectrum and NexOptic were working cooperatively, with each company’s CEO holding appointments on the other’s board to ensure alignment between the companies.

McKenzie explained that, as the commodity downturn over the past several years made rare earths exploration at its Thor project, in southern Nevada, just about impossible, owing to a lack of investor interest, he was drawn to Spectrum’s work in developing imaging technologies and light concentration for lens and image capturing systems.

“Spectrum's core, patent-pending technology – referred to and trademarked as Blade Optics – is focused on a novel approach to collecting and concentrating an electromagnetic wave, such as a visible light, and, if required by the application, maintaining the original image at high levels of quality and compactness,” he stated.

Critically, McKenzie explained that Spectrum's technology employed flat surfaces and held potential for significant consolidation to the length of lens stacks found in traditional light-capturing systems, such as cameras and telescope lenses, in addition to potential improvements to quality, clarity and resolution of other imagery systems, including those found in computer graphics and mobile devices.

Owing to the expected reductions to the length of the lens stacks and the employment of flat surfaces, a potential decrease of lens manufacturing costs and the cost of the surrounding hardware was quite possible, McKenzie asserted.

The companies were currently exploring imaging applications that used both pre- and post-optical imaging solution improvements.

According to McKenzie, Spectrum had recently completed a lengthy trade study whereby Ruda Cardinal, an internationally recognised leader in optical design, located in Tucson, Arizona, had modelled and tested several of Spectrum’s lens stack design iterations to identify the final lens stack design to be used in a planned proof of concept (POC) prototype, to be built by Ruda Cardinal on behalf of Spectrum.

The initial criteria for Spectrum’s POC prototype lens stack design included a lens-stack-depth-to-aperture ratio of near 1:1, the use of flat lenses, the use of a square or rectangular aperture as opposed to circular, a significant effective focal length in a compact form factor, and being scalable to various sizes.

Frequently hired for advanced-level optical design and prototype build assignments for Fortune 500 companies, Ruda Cardinal was well qualified to deliver to a high-quality lens stack prototype, a revolutionary digital telescope in a timely and cost-effective manner.

McKenzie noted that the funding was being applied to the continual development of Spectrum's POC prototype and a market assessment and strategy report for the marketing of the Blade Optics technology.

The planned digital telescope prototype would utilise Spectrum’s Blade Optics technology, other optical elements and electronic components. The prototype was intended to demonstrate the marketable features of Spectrum’s Blade Optics technology and its potential to serve as a platform to be used in various optical applications ranging from telescopes, cameras, surveillance equipment, mobile devices and other imaging verticals.

Spectrum’s POC prototype would be designed to be a fixed magnification digital telescope with a narrow field of view and would be similar in function to many conventional telescopes sold today.

However, as a result of the application of Blade Optics, a unique distinction of Spectrum’s lens design was expected to be its reduced lens-stack-depth-to-aperture ratio when compared with traditional curved-lens systems for fixed magnification imaging.

TECHNOLOGY DEVELOPMENT
Meanwhile, Spectrum had engaged SinoSpec USA and SinoSpec Asia to assist in identifying and securing potential global licence agreements for its Blade Optics technology. The company's existing strategy entailed focusing all initial licensing efforts on the consumer telescope, scope and binocular markets, which were closely associated with the prototype.

The companies expected that the prototype would demonstrate to leading firms in the imaging industry clear cases for the applicability and marketability of Spectrum's Blade Optics lens technology.

SinoSpec was also designing the prototype’s outer casing to enhance the device from a consumer interactivity perspective. SinoSpec would also be assisting, along with NexOptic and Spectrum adviser Rob Cardinal, with internal device enhancements.

In September 2015, Spectrum filed its first provisional patent application, outlining its core technology, which contained flat lenses. It also outlined how it might be used in an imaging method to obtain a quality image with a compact lens system, among other features.

Spectrum engaged a partner attorney in the firm of Lewis Roca Rothgerber Christie to assist in developing the company’s intellectual property patents and additional patent strategies.

As at the end of March, NexOptic owned 12.5% of Spectrum.

On June 3, NexOptic launched a non-brokered private placement consisting of 4.17-million units priced at C$0.25 apiece, for gross proceeds of C$1.04-million. Each unit comprised one common share of NexOptic and one common share purchase warrant entitling the holder to buy one NexOptic share at a strike price of C$0.35 for two years from the date of issuance, including certain other provisions.

Since NexOptic’s stock started trading on the TSX-V on February 22, it had gained 143% to C$0.35 apiece on Monday.