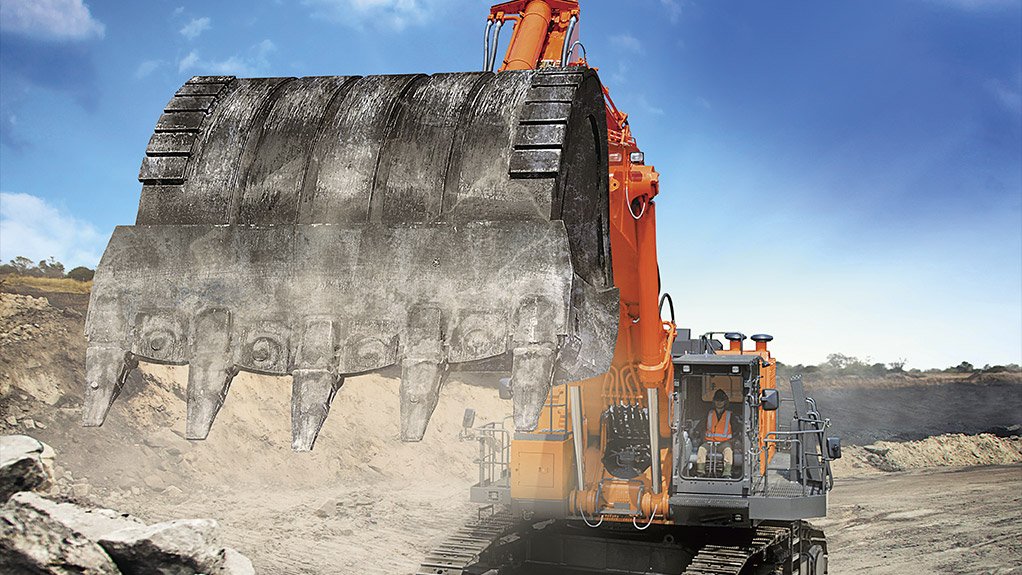 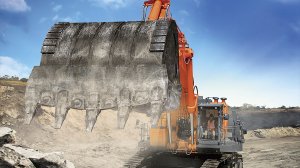 The first Hitachi 120 t EX1200-7 excavator – one of Hitachi’s newest models in the EX-7 Series – arrived in South Africa at the end of May, construction and earthmoving machinery manufacturer Hitachi Construction Machinery Africa tells Mining Weekly.

The excavator will be commissioned at the client’s premises by the end of this month.

The EX1200-7 excavator is available in a backhoe or shovel configuration and is the smallest mining excavator in the EX-7 Series. It also serves as a crossover machine for construction clients.

It features a 4.5% increase in bucket capacity, with a total capacity of 7 m3. Equipped with optimised swing control, the new machine also has an improved hydraulic system with a flow-regeneration valve to reduce power requirements from the hydraulic system and engine, lowering fuel consumption and improving pump life.

Hitachi has introduced multiple technologies to reduce fuel consumption – by up to 10%, depending on the specific model – for its EX-7 excavators. These technologies include an electric controlled main pump and hydraulic regeneration circuit. The EX-7 series also boasts a linear controlled oil cooler and radiator fan clutch.

Further, the emissions reduction technology places the series in a US Tier 4 final certification. This entails that it boasts a particle-matter and oxides of nitrogen level near zero.

“Clients have a choice among various power supplies to comply with their regional regulations or preferences,” says Weber.

Subsequently, Hitachi offers a choice of engine between that of either internal combustion engine manufacturer MTU or power generation company Cummins for its EX-7 series.

The dual engine line-up is based on the ‘voice of the customer’ research conducted by Hitachi, which the company heeded during the series’ development phase.

“We are confident that this leads to significant improvement in client satisfaction,” says Weber.

The EX-7 excavators also feature Hitachi technologies that bring the Industrial Internet of Things to mining sites. These machines will be able to connect to online servers, which collect valuable data and turn it into actionable insights to help clients optimise the safety, production and efficiency of their operations.

Hitachi’s remote machine management systems – Global E-service and ConSite – provide clients with the machine health data they require to ensure maximum output from the EX-7. ConSite also enables clients to access information regarding the status of the machine from a personal computer daily.

Additionally, technologies, such as Hitachi Aerial Angle, are also incorporated into the EX-7 series. Aerial Angle is the 360º real-time view monitor system from cameras mounted on the excavator that significantly improves the safety of the operator and mine.

“Balancing profit and planet is the responsibility of every business, and Hitachi’s EX-7 Series is making it easier than ever before,” concludes Weber.