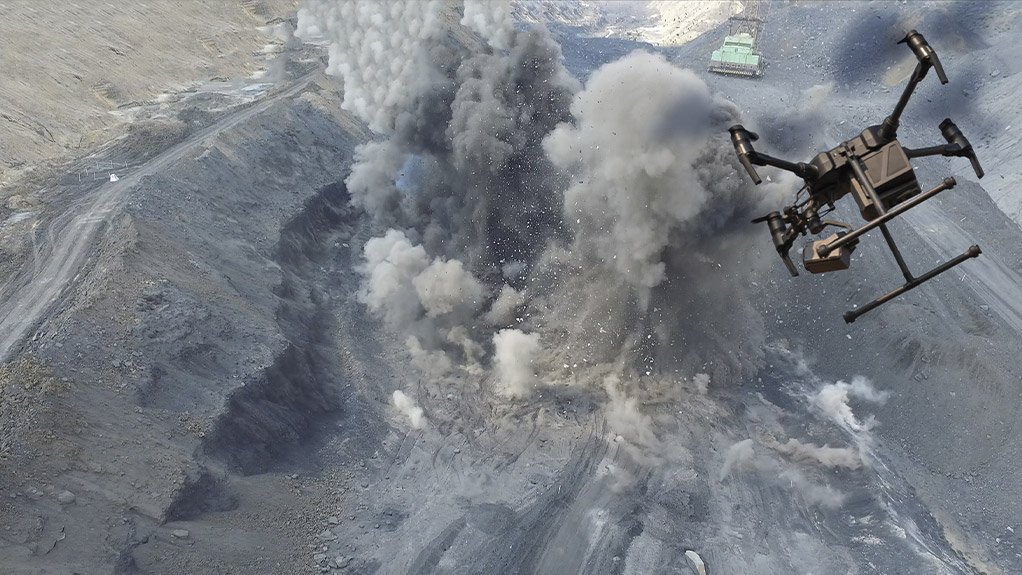 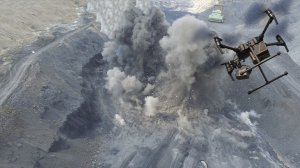 The SmartMine solution allows for greater accuracy, as well as the daily reporting and tracking of site developments, including the tracking of fast-moving stockpiles. It enables multiple layers of grade and location information to be gathered for change-over-time analysis.

Although horizontal-surface georeferencing is generally straightforward, as the technique is well established, georeferencing vertical surfaces, such as highwalls, can be quite challenging, Rocketmine MD Christopher Clark tells Mining Weekly.

“The SmartMine system maps vertical surfaces as easily and accurately as horizontal surfaces, owing to the PPK-enabled multirotor drones.”

There is also the option of equipping the SmartMine system with a virtual-reality attachment, which enables users to explore 3D models of sites remotely. However, 3D site models can also be accessed and explored using a conventional desktop computer.

The SmartMine technology relies on photogrammetry, which is faster than laser-scanning technology, Clark explains.

GCPs are physically marked points on the surface of a known location, tied in during data processing to georeferenced images from a project. However, despite the accuracy provided by GCPs, a team is required to execute the physical preparation, which is also time-consuming.

This is further complicated when dealing with large areas and uneven surfaces – particularly vertical surfaces – such as those found at opencast mining operations.

RTK-enabled drones require a specific base station and a host of other equipment to allow for real-time processing. This means that the flexibility of deployment location and flight paths are limited. PPK-enabled drones are not restricted in this way.

PPK drones can refer to past and future data relative to the current flight, which creates greater reliability. Having this ability ensures that the drone is always on track with the flight.

An RTK drone, by contrast, has a higher chance of malfunctioning because it cannot retain past and future data to keep the current flight in check, limiting its accuracy.

“RTK has been shown to suffer connection issues, which is another factor that makes PPK preferable,” Clark adds.

A key feature of the SmartMine is that the PPK-enabled drones enable users to accurately compare and track changes on site over time, highlighting any day-to-day changes. This enables project and site management teams to monitor progress and tackle problems timeously.

A new opencast coal mining operation being built in Belfast, Mpumalanga, has been trialling the SmartMine technology to monitor progress on development. Clark says the technology has been instrumental in helping the project avoid unnecessary delays.

“Since trialling the technology in Belfast, we are now very confident in the quality of the imagery and the models that we are able to build, and are, therefore, ready to roll it out to other clients,” Clark says.

SmartMine was made available to the industry at the SA GeoTech 2019 conference held in Kempton Park, last month.