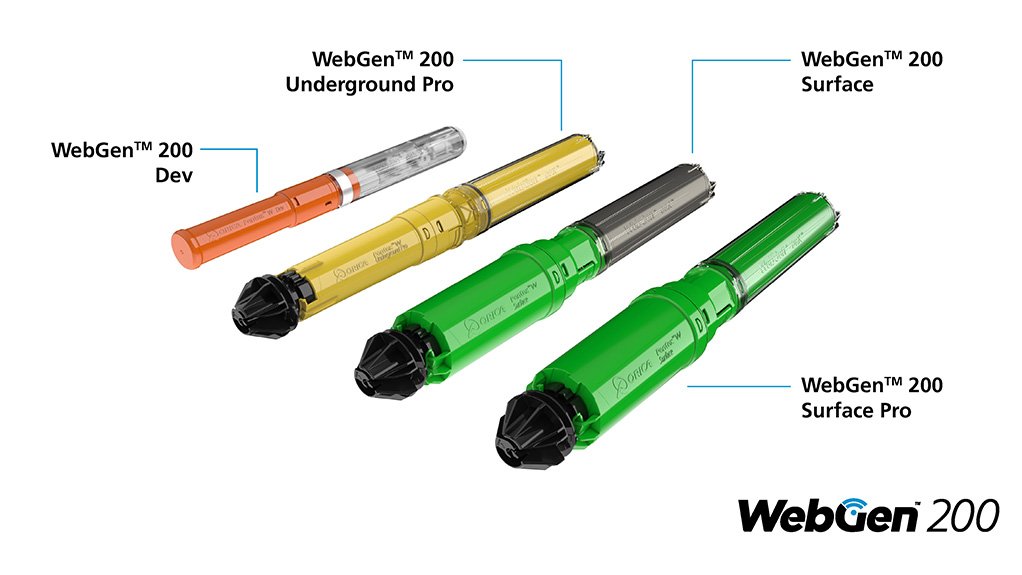 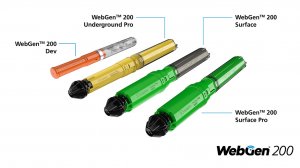 Having developed, and now busy testing its second-generation WebGen 200 in Australia and Canada, mining and infrastructure solutions provider Orica says its trials have shown improved safety and productivity across operations.

The WebGen 200, a wireless electronic blasting system with enhanced capabilities, security and versatility, meets the “extreme” mining requirements of surface and underground clients.

In addition to the field trials under way in Canada and Australia across multiple mining segments, trials are also planned for Chile and Finland.

“The development of the WebGen 200 programme is progressing to plan, with comprehensive verification and validation product-testing completed,” says Orica WebGen Europe, the Middle East and Africa manager Haske Marijnissen.

Beyond improved safety and significant productivity gains, the technology has been designed to reduce misfires as well as eliminate re-drilling.

Global mining consensus is that mechanically handling leg wires and dealing with the manual connections of traditional initiating systems is a challenge to execute safely and efficiently.

Moreover, development charging is a task required by any underground mine, which carries with it extended periods of exposure to geotechnical hazards.

“This is why we shifted our focus to developing a truly wireless initiation system, WebGen,” he notes. The programme has since enabled Orica to develop new applications and methods of wireless explosives charging to improve safety, productivity and ore recovery in blasting.

The wireless system provides for groups of in-hole primers to be wirelessly initiated by a firing command that communicates through hundreds of metres of rock, water and air. This removes the constraints often imposed by systems that require a physical connection to every primer.

WebGen uses low-frequency magnetic induction waves to communicate. The signals are generated by a transmitter and received by the primers prior to the blast.

The primers are encoded with their group identification and delay time just prior to charging, and this data is “stored” in the primer and detonator respectively.

The primer goes into standby mode soon after charging, but it activates every few minutes to check for a signal.

If a blast is planned, the “wake-up” signal goes out to all primers. They are then synchronised and if they are in the group to be fired, they are activated into armed mode.

The firing command is a second unique signal, adding an additional layer of security to the system. “We developed WebGen primarily to reduce or remove personnel’s exposure to hazardous environments and improve overall operational safety,” says Marijnissen.

He adds that the technology has delivered “unparalleled” improvements in productivity and improved ore recovery for customers – “it is allowing for a step-change in blasting and mining like no other”.

Marijnissen says mine depth does not impact on product performance.

“Some orebody minerology can have an impact on communication range; however, we have learnt so much over the past few years, by firing over 3 000 blasts, that we generally can overcome this challenge.”

The development of its new charging system Avatel, in partnership with mining and infrastructure equipment manufacturer Epiroc, is the result of Orica’s heeding to customer requirements.

Further Avatel has been designed to fulfil Orica’s vision of a safer and fully digitised, integrated and automated future. “Our history of mechanising explosives handling dates back over a decade, when we designed, built and field-tested prototype systems to mechanically position, deploy and load production blastholes using traditional non-electric systems.”

Taylor notes that the partnership with Epiroc, announced in June 2020, comprises a team from both businesses contributing to projects, with the majority of engineering activities occurring in Denver, in the US, and in Orebro, Sweden, with project support functions located worldwide.

“The prototype Avatel unit is undergoing trials supported by both businesses, with commercial units being built in parallel at Epiroc’s Orebro manufacturing facility,” he says.

Taylor concludes that the partnership between Orica and Epiroc is cohesive and collaborative.