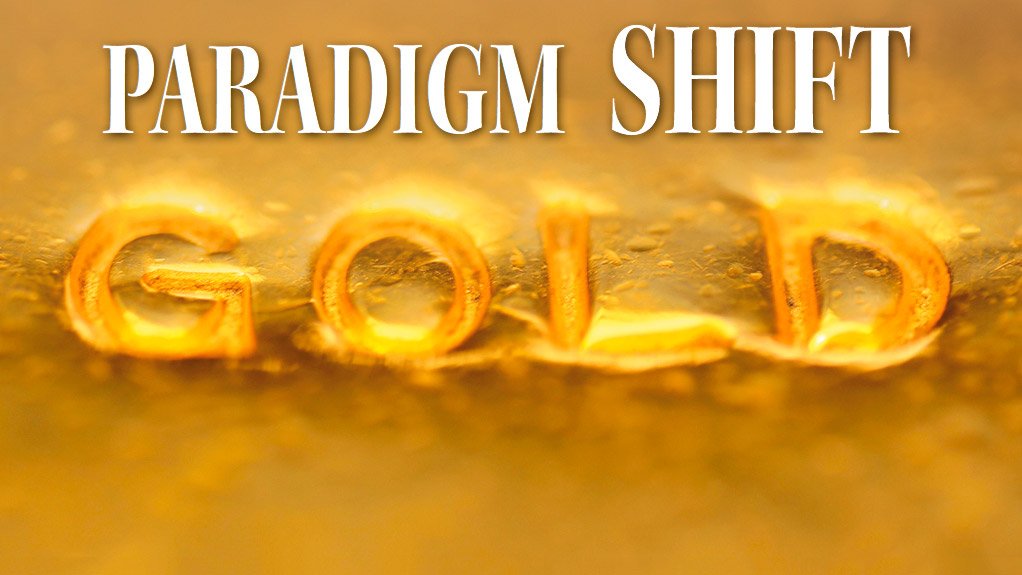 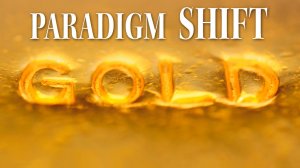 TORONTO (miningweekly.com) – For more than two decades, gold miners have tried to conduct business using a model regarded by several analysts as fundamentally wrong, a model whereby miners aim to grow yearly revenue at all costs, driven by increasing output and replacing reserve and resource bases.

However, despite much higher gold prices for over a decade from 2003 onwards, declining output, stagnant or dwindling reserves and resources, negative earnings and massive asset write-offs have proven that this business model is an abject failure, author of the Mercenary Geologist website Mickey Fulp tells Mining Weekly.

He says that, for them to produce more ounces at increasingly lower margins, gold miners cannot generate sufficient cash flow to meet the real costs of producing gold.

“Mining is a value industry. It is not, and has never been, a growth industry,” he stresses, pointing out that, since the most recent bull market started in 2003, most of the major producers have failed to be profitable.

He advises that, in order to reach sustainable profitability, gold miners must adopt a core philosophy of producing only those ounces that return strong margins and must stop trying to grow production and reserves in order to placate analysts and investors when they release the next earnings statement.

“In that scenario, and no matter where we are in the commodities price cycle, companies will remain profitable throughout. Gold miners must focus on the quality of ounces versus the quantity of ounces produced.”

In his opinion, the gold mining industry will have to adopt this new business model of high-margin returns in order to reward current shareholders and attract new investors to the sector.

Since the bull market for gold began in 2003, the world’s major gold mining companies have produced tens of millions of ounces of gold and have raised (and written off) many billions of dollars for capital expenditure and acquisitions.

Despite a gold price that appreciated from $344/oz in 2003 to above $1 200/oz currently, a gain of about 250%, the largest gold mining companies have not rewarded shareholders with a significant appreciation in share price and/or return on capital through dividends. In fact, as a group, they have not been profitable over this time, Fulp states.

Drawing on research published by independent Vancouver-based boutique mining and metals research and analysis company Cipher Research, he points to stock charts for three of the world’s four largest gold producers, showing their rises and falls, and notes that all three gained with the gold price from 2003 to early 2012 and then diverged markedly. That occurred when investors finally realised these companies had not rewarded shareholders during the decade-long gold bull market, he states.

COST OF PROFIT
Fulp explains that there is an ongoing industrywide problem with current cost reporting standards, leaving lots of room for creative accounting in order to show companies’ performance in better light.

He wants to see three conditions in the cash flow statements of a healthy gold mining company year-over-year: the primary source of cash must be operations, operating cash flow must exceed net income and operating cash flow must exceed capital expenditure. This will indicate that the company can finance growth from internally generated cash, as opposed to debt finance and equity raises. Many seniors are only now coming to terms with their debt-laden balance sheets through the selling of noncore assets.

However, a review of cash flow statements for seven of the world’s largest gold mining companies, including Agnico-Eagle, Barrick Gold, Eldorado Gold, Goldcorp, Newmont Mining, Randgold Resources and Yamana Gold, shows that they consistently meet the first two criteria, but fail to meet the third.

According to Fulp, on a cumulative basis from 2003 to 2013, capital expenditure exceeded operating inflows for all the companies, except Newmont and Eldorado.

Cipher’s research shows that investment in mining property (IMP) is the root of the problem with respect to financial reporting in the gold mining industry.

Since IMP uses such a significant percentage of revenue for large gold miners, Fulp argues that one would expect substantial increases in the reserve and resource bases as well as in production levels.

Surprisingly, this is not the case, and IMP has had little to no impact on either the reserve/resource base or the production levels for gold mining companies since the gold price started rising in 2003.

It is also apparent that significant changes to the reserve/resource base and production levels are mainly a result of acquisitions. Further, reserves and resources are a function of the gold price and the all-in costs of producing ore. “Therefore, incremental changes to mining companies’ reserve/resource bases occur annually to reflect what is economic at that particular time,” he explains.

He notes that today’s majors were at that time still entrepreneurial juniors barely starting out, with the leadership dominated by exploration geologists. The industry has evolved over the years from seemingly humble beginnings as entrepreneurial gold mines bound by the basic tenets of economic mining practices to the big, organised corporations we know today.

Another big difference, Yameogo tells Mining Weekly, is that, about three decades ago, access to verifiable information was challenging, and anecdotal information abounded, with investors largely relying on printed publications to inform their investment decisions. Another key evolution of the industry entails the completely overhauled regulatory environment in which gold miners operate nowadays, while shorter interval price volatility is a characteristic of today’s mining environment.

He also says that, over time, miners started looking for gold in new frontiers, probably in the hope of finding high-grade deposits, ‘low- hanging fruits’ that would be comparatively cheap to mine.

Yameogo believes that, at the peak of the gold price cycle, miners started to invest in ever-more marginal projects that might not have stood against today’s low prices and increased focus on cost control.

Miners appear to have invested in overpriced transactions, overrun their construction projects or reacted to the competition for labour and equipment – all of which weighed their balance sheets down when the gold price fell. They then started to roll debt over and to sell noncore assets to repair their damaged balance sheets, while some were forced to seek bankruptcy protection.

Yameogo points out that the World Gold Council’s all-in sustaining cost metric was implemented during this time of price decline and brought about revolutionary visibility and transparency with respect to the true cost of gold mining, at a time when this was needed most.

Last year, EY flagged a return to growth as the number one challenge the mining industry faces in 2015/16. Yameogo explains that, while the market may be potentially turning now, many of the miners are not yet structurally ready to take advantage of the rising gold price and prevent the “sins of the recent past”.

BACK TO BASICS
As far as junior explorers and project developers are concerned, the brutalisation of the investor base has been most severe in the last several years, head of Kaiser Research John Kaiser tells Mining Weekly.

“There is a ‘coming to terms’ after the 2011 to 2015 recent period with the losses suffered. The capitulation took place over the last [northern hemisphere] summer and the bottom probably took place in the first three weeks of January, after which things finally started turning around,” he states.

However, investors continue to languish in the doldrums, despite a flurry of merger and acquisition activity in the junior and midtier gold space during the first quarter, spurred by a 17% rise in the price of the yellow metal during the period.

“The frustrating thing that is now hurting the system is that investors . . . accumulated shares in project developers who nursed good projects through difficult times to preliminary economic assessments or even the prefeasibility stage . . . in the current environment, majors come and launch takeover bids that effectively strip these shareholders of the optionality of these projects to the gold price, before it has had a chance to really move through the $1 600/oz range. The price movement will have a significant leveraged impact on the net present values of almost all the gold projects held by the juniors,” he advises.

According to Kaiser, the junior sector will also have to fundamentally change the way it approaches a potential new bull market.

He advises that the idea that higher metal prices will make a project more valuable should no longer be harboured by junior companies. Instead, he suggests that these firms go back into the mode of the 1980s or 1990s, when they needed to demonstrate that the project they had worked with the current gold price plus or minus 20% – not plus or minus 200%, as has been seen in recent years.

“They need to work a lot more on the exploration side, the geological analysis. Once [the juniors] come back to a discovery/exploration mode, it will be the dominant focus in the next few years, unless gold does manage to crank through $2 000/oz,” he says.

He underlines that juniors need to once more engage in economic geology. But it is a significant problem for this industry since securities regulators strictly forbid these companies to show what it is that they think they have in the ground and what it would be worth if they get the risk capital to test their hypotheses and demonstrate the geology present. “They are in between a rock and a hard place,” Kaiser laments.

Without being able to communicate unencumbered with their financial backers, the juniors need to do all work internally (the ‘pretend guys’ do not know how to do this, he says) and they need to demonstrate to their audience that the property has a large enough footprint containing an economic deposit.

Further, Kaiser says he is currently working on creating a new peer-based forecasting model that will assist companies, investors and technical professionals to arrive at better assumptions for use in project modelling.

He explains that companies that assume simple forecasting, often in the form of a single price point, increase the risk of error if their forecast is inaccurate.

Using the industry-standard three-year trailing price for project modelling is not the most accurate way of going about project modelling either, he advises. He argues that this method fails to capture the full range of a commodity’s price cycle. For instance, few of today’s development projects would be deemed economic at the current gold price when applying a three-year trailing average price at around the height of the price cycle.