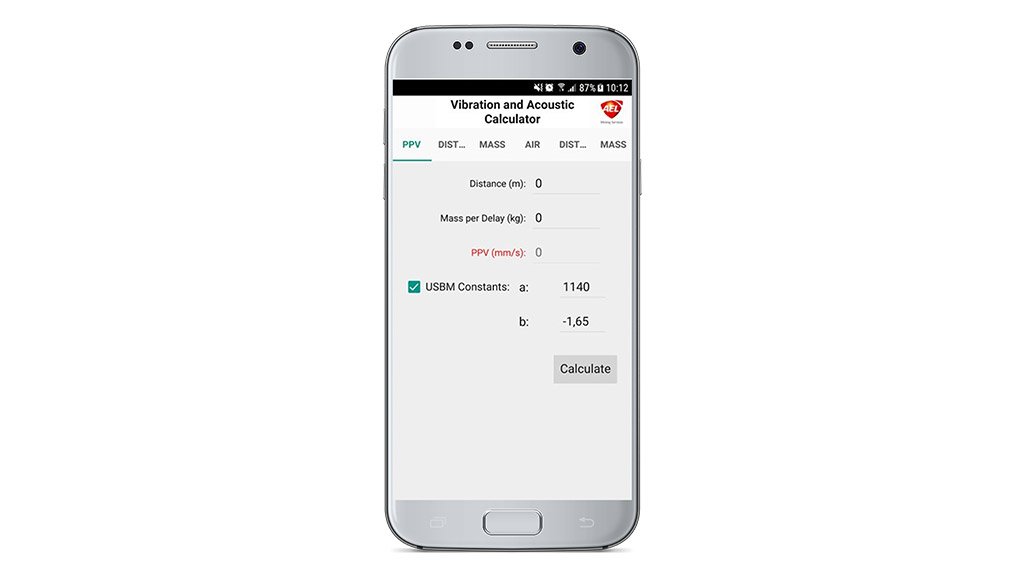 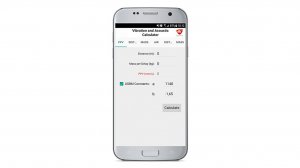 VibrAc will assist local quarries in calculating the various elements involved in blasting and in controlling the noise and vibration effects of blasting on surrounding communities.

AEL Mining Services developed the app in conjunction with software developers TLC Engineering Solutions. “AEL’s main challenge was to reconfigure the formula that calculates the ground vibrations, or peak particle velocity (PPV), to work out distance and mass,” he claims. The application was developed within 18 months and trialled in-house by AEL. VibrAc is available for free download on Google Play and the Apple App store.

Quarries are located where the various minerals for construction activities are quarried. With transport of materials being a key cost component, quarries are often located close to the communities that have over time sprung up, as people have moved into the area to offer other services to the quarries. The workforce and new neighbourhoods result in communities encroaching close to blasting activities, Tose points out, adding that this proximity necessitates knowing the potential effects of blasting.

Challenges include the creation of ground vibrations, air blasts and fly rock during rock blasting. VibrAc currently focuses on calculating only ground vibrations and air blasts, which are the shockwaves created by the explosion and movement of the broken rock.

The PPV is limited to reduce the damage to nearby structures. To calculate the PPV, the blasting specialist needs to know the site characteristics, such as the unique rock properties, strength and geology at the site. In the absence of this information, the app uses a conservative, researched set built into the app. The horizontal distance to the nearest structures, the mass of explosive in a blast hole, and the number of holes being fired at the same time (mass per delay) must also be determined. For example, if the closest structures are 300 m away, and the mass being exploded is 120 kg, the PPV will be 5 mm/s. The low PPV means that the explosives can be detonated as it will not cause damage to the nearby structures.

In addition, VibrAc can be used to calculate the potential air blast in linear decibels using the mass per delay and distance to the nearest structure. Air blast calculations allow the user to determine the risk of a blast based on whether the explosives are correctly loaded and stemmed in a confined explosion, or unconfined where there are unexpected changes in the geology and rock strength or properties. A confined blast using 250 kg of explosive with the nearest structure 500 m away will have an air blast of 119 dB, which will be acceptable. Using the same numbers an unconfined blast will have an air blast of 149 dB, which would be a concern and require a revision of the explosion.

The only environmental constraint that VibrAc cannot calculate is fly rock – the small rocks being projected away from the site. “We have additional software that calculates all three factors, but that is mainly for our clients and there is a cost involved,” Tose points out.

The formulas used to calculate the distance the fly rock will travel are too complicated for an app, he states, but notes that AEL Mining Services’ goal is to simplify the software used by computers for the VibrAc app.

The Future of Fly Rock Calculations

AEL Mining Services entered into a partnership with the mining department of the University of Pretoria (UP) at the end of 2017 to assist undergraduate and postgraduate mining engineering students with their studies, as well as fund research into some of the problems facing the quarrying industry.

UP master’s students reviewed the formulas used to calculate fly rock and are evaluating how the formulas can be adapted to be site specific.

“They are starting to consider technology, like drones, to scan the area before and after the blast occurs,” says Tose. In this manner, a quarry can build up a customised database on how rocks at their operation site react.

Within the next year, AEL Mining Services aims to implement drone programmes that will gather information on the blast area and the effects of a blast, identify any discrepancies between the formula predictions and actual occurrences, and start personalising the formulas for site-specific formulas for different sites.

“We should have a healthy debate on the formulas to improve them. “This is one way of trying to eliminate the unexpected in blasting,” he concludes.