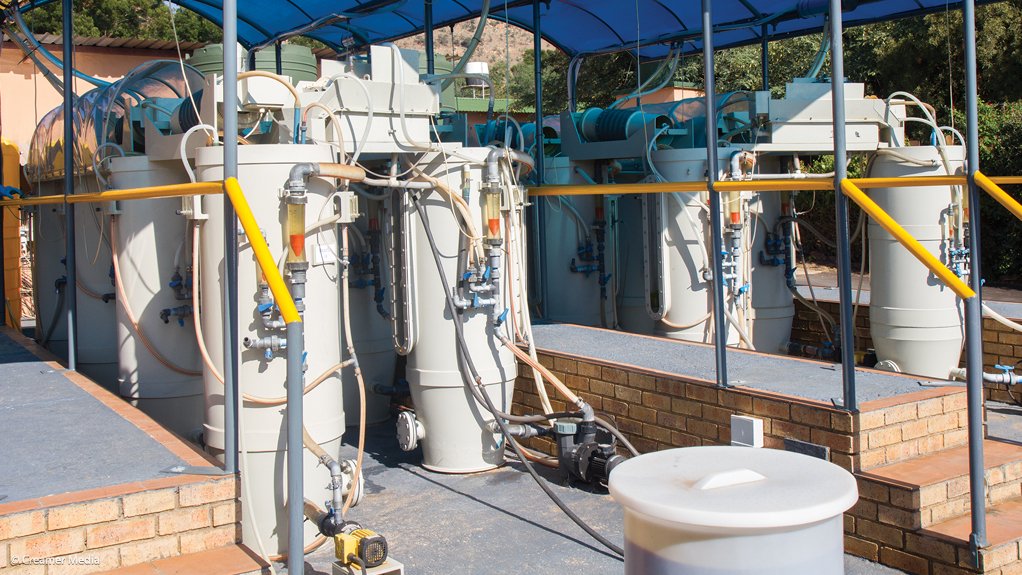 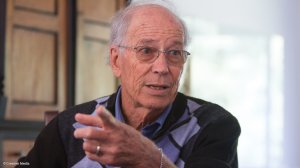 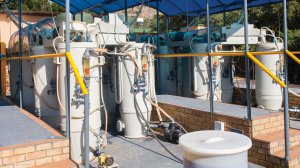 The use of the process that eradicates acid mine drainage (AMD) for free can thus also be used to turn South Africa’s considerable sustainable groundwater areas in arid regions to positive agricultural account.

He said tens of thousands of hectares of high-value crops, including vegetables, flowers, nuts and fruit, could be the result.

Particularly in the Northern Cape with its international runway at Upington, produce could be flown to Europe, backed by this innovative process that purifies water free of charge as it pays for its infrastructure establishment in three years through the sale of high-value potassium nitrate used in fertiliser.

“We’re left with useable water at no cost and the whole process turns in a very handsome profit,” said Bewsey, who envisages funders being attracted by the scheme's 30% return on investment.

The director of the water-development business, which has a combined agricultural experience of more than 100 years, made the point that the implementation of the water conversion process could generate significant foreign exchange as well as create tens of thousands of jobs.

The big potential winner is groundwater, of which there is a huge volume, a vast amount more than the 350 megalitres a day of AMD.

“From a water point of view, AMD is a peanut,” Bewsey commented to Mining Weekly Online.

“The water side of AMD is never going to be important. What is important is that we can convert that at a good profit,” he said, adding that South Africa’s Karoo and the north-west Cape areas were awash with enormous quantities of saline groundwater that nobody could put to use.

Trailblazer’s model is to build plants in partnership with funders and enter into contracts with mining companies to treat their AMD and agricultural concerns to treat brackish groundwater.

The company envisages funders making good profits; mines having their AMD problems solved; farmers getting water for nothing or next to nothing in arid areas plus being shielded from sodium inflow on to their lands; the country generating tens of thousands of jobs; and the government saving the R12-billion that it is about to spend on its long-term AMD solution.

Bewsey regards the Department of Water and Sanitation’s proposed removal of sulphates from the AMD to form gypsum as “not the brightest of ideas”.

Instead, Trailblazer would use an alkali like soda ash to produce potassium nitrate for highly profitable sale into agriculture.

Bewsey acknowledges the contribution that the late Dr RE (Robbie) Robinson made to the process that Trailblazer Technologies has augmented and fine-tuned.

Robinson, who died in December at the age of 86, proposed the zero-cost plan to remove AMD two decades ago.

He did so for the now stricken Grootvlei gold mine, on the East Rand.

The visionary chemical engineer with distinguished involvement in minerals beneficiation spanning more than 60 years and a passion for linking mining and agriculture, formed an association with a company specialising in the ion-exchange method and engaged previously disadvantaged technikon students to develop a new process that made use of the ion-exchange resin that Trailblazer Technologies is now using at its Krugersdorp plant.

In the Grootvlei proposal, the ion-exchange resin that removed the ferric oxide and the acid from the AMD was easily regenerated by eluting it with ammonia to produce saleable ammonium sulphate for fertiliser.

The red ferric oxide was also very saleable along with nigh nuclear-grade uranium, cobalt, copper and nickel oxides.

However, the Department of Water and Sanitation broke Robinson’s heart when it opted instead for a far more expensive R10-million alternative that fell flat on its face, had to be discontinued and probably contributed to Grootvlei’s demise, along with the subsequent ignominious Aurora liquidation debacle.

Now the department is again looking to a far more expensive long-term solution, which will be a major cost centre.

The alternative being offered by Trailblazer Technologies is considerably more in line with Isaiah 35:1 and 2, which states that “the desert and the parched land will be glad; the wilderness will rejoice and blossom”.