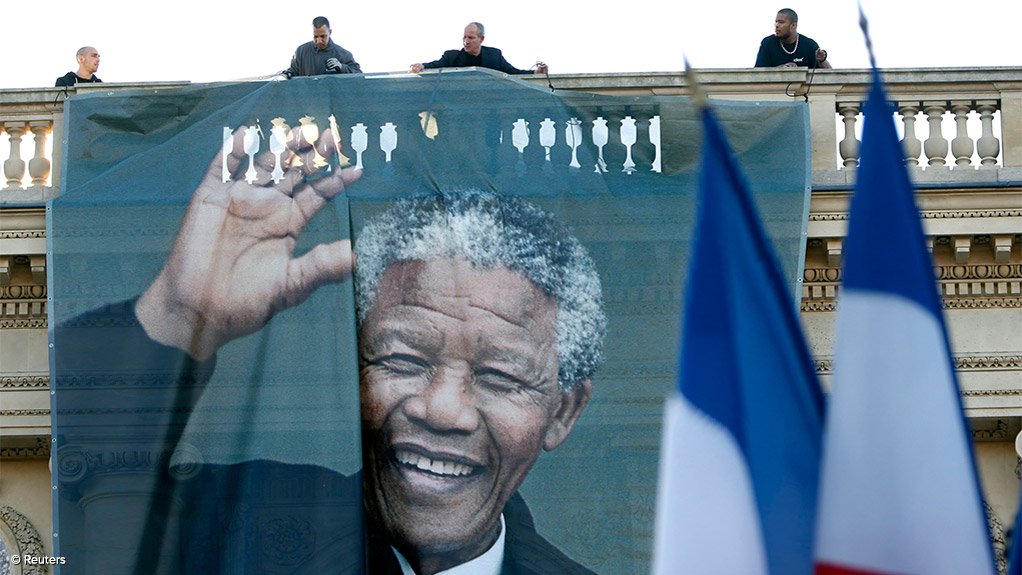 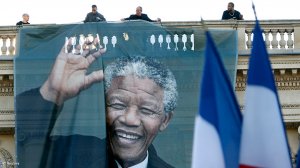 The most glowing tributes are often paid to people after they have died – when, sadly, they are not there to hear them. This has not been so with Mandela who has been showered with fulsome praise, across the globe, during the past two or more decades. As the former UN Secretary-General, Kofi Annan, once stated, ‘to this day, Madiba remains probably the single most admired, most respected international figure in the entire world’. On the occasion of Mandela’s ninetieth birthday in July 2008, Time magazine honoured him with its cover photo and lead story, in which he was described as ‘the closest thing the world has to a secular saint’, and as ‘a living deity’. Desmond Tutu has called Mandela ‘a global icon for peace, love, reconciliation and magnanimity’.

Mandela will undoubtedly become the most revered, most commemorated figure in South African history. His life-story, with all its heroic, tragic and romantic elements, captured the global imagination, reflected in the massive popularity of his best-selling autobiography.

Mandela once described himself as ‘only a country boy’, but his origins were not so humble, born as he was into a chiefly family in the rural eastern Cape in the year 1918. Attendance at mission schools and a stint as a student at the University of Fort Hare instilled in him some elements of English cultural and behavioural values. He admitted to this in his autobiography: ‘While I abhorred the notion of British imperialism, I never rejected the trappings of British style and manners’.

The ‘country boy’ would soon become the ‘man-about-town’. Fleeing the eastern Cape to escape being forced into an arranged marriage, he moved to Johannesburg – there establishing himself as a lawyer and political activist. For his political awakening he owed much to Walter Sisulu, a close friend and mentor. And in 1944 Mandela married Sisulu’s cousin, Evelyn – a marriage that did not last, with Evelyn strongly disapproving of her husband’s political activism which took off with his heavy involvement in the ANC Youth League from the time of its founding in the mid-1940s. Following their divorce he married Winnie Madikizela in 1958.

Another key figure in Mandela’s early career was Oliver Tambo – together they established South Africa’s first black law firm in 1952, a firm which specialised in legal support for victims of apartheid laws.

For Mandela the 1950s was a decade of increasing activism, along with the experience of growing government repression. He was national volunteer-in-chief during the 1952 defiance campaign, involving acts of civil disobedience directed against unjust apartheid laws. For this he was placed under a banning order lasting two-and-a-half years. In 1956 he was arrested and charged with high treason, along with 155 other activists, only to be acquitted over four years later after lengthy legal proceedings.

The Sharpeville massacre of 1960 would prove to be a major turning-point in Mandela’s life. The subsequent banning of the ANC and PAC forced Mandela to go underground and brought him the realisation that non-violent resistance to apartheid had failed. So in 1961 Mandela proposed a turn to armed struggle. Umkhonto we Sizwe (MK) was formed to conduct a bloodless sabotage campaign, with Mandela as its commander-in-chief.

Early in 1962 he travelled abroad, illegally, to learn more about guerrilla warfare and to establish international contacts. Soon after his return he was arrested, in August 1962, while driving to Johannesburg from Durban, disguised as a chauffeur. Sentenced to a five-year jail term, he was again in court the following year, along with other ANC leaders who had been arrested at MK’s Rivonia headquarters. The guilty verdict brought a sentence of life imprisonment – many had feared the death sentence – a prison term that would last for over twenty-seven years.

The first  ten years of Mandela’s imprisonment on Robben Island were marked by enormous hardship and anguish: confined to a small cell, sleeping on a straw mat, the light shining all night; no access to newspapers or a radio; permitted to write and receive only one letter a month; subjected to hard labour and often cruel treatment by warders. Conditions improved somewhat from the mid-1970s.

There were, too, times of great anguish – refused permission to attend the funeral of his son, Thembi, killed in a car crash in 1969. Then there were the temptations – two offers of conditional release by the apartheid government, in the mid-1970s and mid-1980s, both rejected by Mandela.

Imprisonment did have a positive side for him, by his own admission. It offered time for self-reflection, and the opportunity for intense political discussion with fellow prisoners. Mandela himself, once considered a headstrong character, displayed great resilience, patience and self-discipline in jail. Prison also enhanced the mystique surrounding him. Towards the end of his term he had become a well-known name world-wide, but a little-known person. Such was the mystique that when released from prison in February 1990 he emerged both as a heroic figure and as a potential saviour for a country deeply divided and long torn by violence.

It would be overstating it to say that Mandela saved South Africa, but there is little doubt that the fortunes of the country depended much on his crucial role during the critical transitional decade of the 1990s.

During the years of NP-ANC negotiations between 1990 and 1994 Mandela displayed both a pragmatic willingness to compromise and a firmness when fundamental concerns were not properly addressed by the NP government.  Although both Mandela and President de Klerk shared the Nobel Peace Prize in 1993, the relationship between them was often uneasy. Mandela also had to restrain those uncompromising comrades who still yearned for the revolutionary overthrow of the government. The pragmatists won through and a negotiated settlement was achieved, enabling Mandela to emerge as president following the country’s first democratic election in 1994.

As president, Mandela faced enormous challenges, such was the awful legacy of apartheid and the accompanying poverty and inequality. The achievement of his presidency was mixed. Basic services – housing, water, sanitation, electricity, health care – were extended to hundreds of thousands of people for the first time. But poverty, inequality, landlessness and unemployment still remained huge problems at the end of his term of office.

Mandela may be best remembered as the president who strove for national reconciliation. He earned widespread praise for his conciliatory gestures towards former enemies and persecutors, very soon enjoying huge popularity, even in the eyes of the white minority.

He left office in 1999, aged 80, but his popularity continued until the end of his life. In his post-presidential years he gave his full support to important causes – especially the Nelson Mandela Children’s Fund, and the development of educational infrastructure in the impoverished Eastern Cape – until physical frailty forced him to withdraw from public life in his last years.

One of Mandela’s greatest qualities – and perhaps the major source of his global popularity – was his moral authority. As one journalist put it, Mandela towered ‘like a moral colossus over the late 20th century’, and his voice carried ‘an ethical weight like no other’. There was no grandiosity, no pomposity, no opulence. As president he had access to luxurious state mansions in Cape Town and Pretoria, but he preferred to live in his comfortable suburban house in Johannesburg, rising early and making his own bed. He donated one-third of his presidential salary to the Children’s Fund he had established; he gave away his Nobel Peace Prize money as well as the royalties from his best-selling autobiography.

Mandela’s 27-year imprisonment meant that he was not exposed to a changing style of politics that developed in the western world from the 1960s – a style characterised by spin-doctoring, sound-bites, empty slogans, and, often, blatant lying. Not schooled in such politics he was largely unable to play this kind of political game, unwilling to indulge in shallow rhetoric.

His enormous charisma derived from more personal sources. Never indulging in self-aggrandisement, he projected rather his own deep humility. Avoiding political mud-slinging, he demonstrated a basic courtesy and decency in everyday interactions. There was a deep respect for ordinary people. His was a politics of integrity and moral authority. He was more human, humble and humane than heroic.

Mandela has had his critics who have pointed to the shortcomings of his presidency.
But he should be judged more by what came before him – the context in which he assumed power, and the long historical background of division, conflict and racial oppression – and not by what came after him – a deteriorating politics characterised by factionalism, opportunism and self-enrichment.

Now will be a time of deep mourning, but it should rather be a time to remember and celebrate the life of a man who has been not only South Africa’s finest son but also the world’s most admired leader of the late twentieth century.