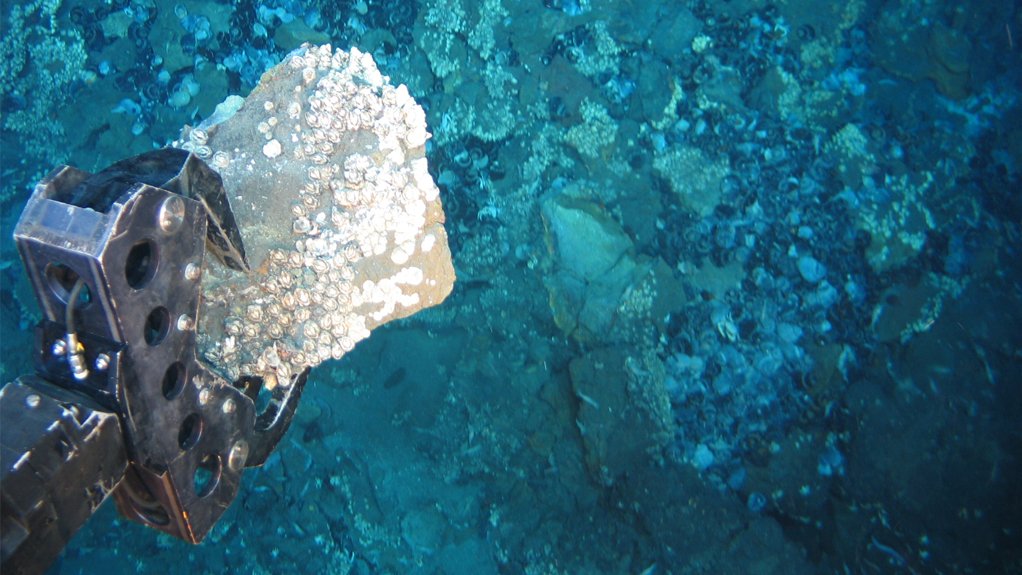 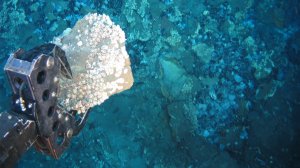 TORONTO (miningweekly.com) – Deep sea mining pioneer Nautilus Minerals is making light of an environmentalist attack on its flagship Solwara 1 copper/gold/zinc/silver project, in the Bismarck sea, earlier this week, characterising critique released on Monday as being unscientific and full of errors and misunderstandings.

“Their critique is highly flawed and it is clear that they only partially understand what it is they’re criticising. For instance, to criticise the assessment because it didn’t include gold, had no bearing on the overall mining operation,” Nautilus CEO Mike Johnston told Mining Weekly Online from Brisbane, Australia.

He explained in the interview that independent natural capital accounting firm Earth Economics did not include gold in the environmental and social benchmarking analysis, released in June, as it was not a critical part of the mining operation, while it had the potential to polarise opinions.

“The reason Earth Economics left gold out was because gold is a little bit contentious with most environmentalists. Gold is one of these things that polarises people’s opinions. However, if one included it, it would only improve the economics for Solwara 1,” Johnston said.

He questioned the credentials of the people who criticised the report, noting that the company that undertook the field work also serviced top-tier clients including the World Bank, the International Finance Corporation and the US federal government.

Another criticism was that there was not enough information available on the deep ocean ecosystem to evaluate it. “It’s true that there had not been natural capital accounting assessments made of those ecosystems, but what economists did was take the highest comparable land values, so that the values assigned to the ocean floor environment would be very conservative,” Johnston stated.

Another critic bemoaned the fact that Earth Economics’s assessment did not provide adequate surface current data on the project, prompting Johnston to waylay the concern, saying that the person obviously failed to grasp that the whole ore extraction system was designed not to disturb the upper layers of the water column.

“We did four water column current measurements and we have all the data. The reason for not including it is because it’s irrelevant – we don’t impact the surface waters,” Johnston stressed.

Nautilus planned to use three huge robots to mine the sea floor. The machines would cut into the seafloor with 4-m-wide claws, break the rock and collect it in a slurry that would be piped to a support vessel. The remaining water and rock would be sent back down another pipe nearly all the way back to the ocean floor.

Johnston added that certain individuals in the environmentalist lobby were fighting an ideological battle against mining, saying that all mining should end, while others would see no mining happening in the oceans. “We’ve always had an open relationship with environmental lobbyists. We’ve invited them to our annual general meetings and have always had an open-door policy,” Johnston said, stressing that the world increasingly needed copper to develop.

The company was bullish on the base metal’s strong medium- to long-term fundamentals that would support the Solwara 1 project, with added upside when gold was also accounted for.

THE CASE FOR MARINE MINING
Johnston noted that there was, however, a strong case to be made for marine mining, arguing that several studies had shown that the majority of marine pollution was coming from land-based mines and industries through the rivers.

Marine mining was also much better than land-based operations, because there were no long-term liabilities of tails dams or waste dumps. “We just mine high-grade ore and send it to China and that’s it.”

The Solwara 1 project would also not impact fresh water sources, such as on land, which could sometimes be in short supply and get politicised owing to the potential long-term impact on the natural resource.

“These kind of critiques are not science based and are merely an example of free speech in practice. It cannot impact the company’s progress on Solwara 1 to production. Our Papua New Guinea- (PNG-) based partner Eda Kopa is fully on board with us as we progress work on the environmental management plan,” Johnston commented.

Work was currently progressing on the Solwara 1 project’s environmental management plan, in collaboration with the PNG government. Nautilus expected to submit the completed plan to the PNG government at least six months before it would be able to start mining. The plan would deal with some 80 conditions attached to the 20-year mining licence awarded by the government in January 2011.

Johnston said the Eda Kopa partnership was "working well". The relationship seemed to have struggled after an earlier hiccup, when the PNG government wanted more say in the project, since they were paying for their 15% interest in the venture.

Meanwhile, Johnston was participating in the International Seabed Authority’s efforts to draft guidelines for seabed mining, which would probably be published “in a few years time”. “But in the mean time, we work in the PNG government’s territory, whose guidelines we follow. We take on board everybody’s inputs and, while we would try to implement best practice, we are pioneering a mining method, so we would try to set the bar really high,” he said.

One of the pitfalls of developing legislation for such ocean floor mining operations was that it could be ambiguous, as was the case in New Zealand, where current legislation presented many trapdoors for miners to be taken to court.

THE METHOD
Nautilus aimed to recover high-grade polymetallic seafloor massive sulphide (SMS) deposits at 1 600 m below the surface, within the Western Pacific Ocean’s Rim of Fire.