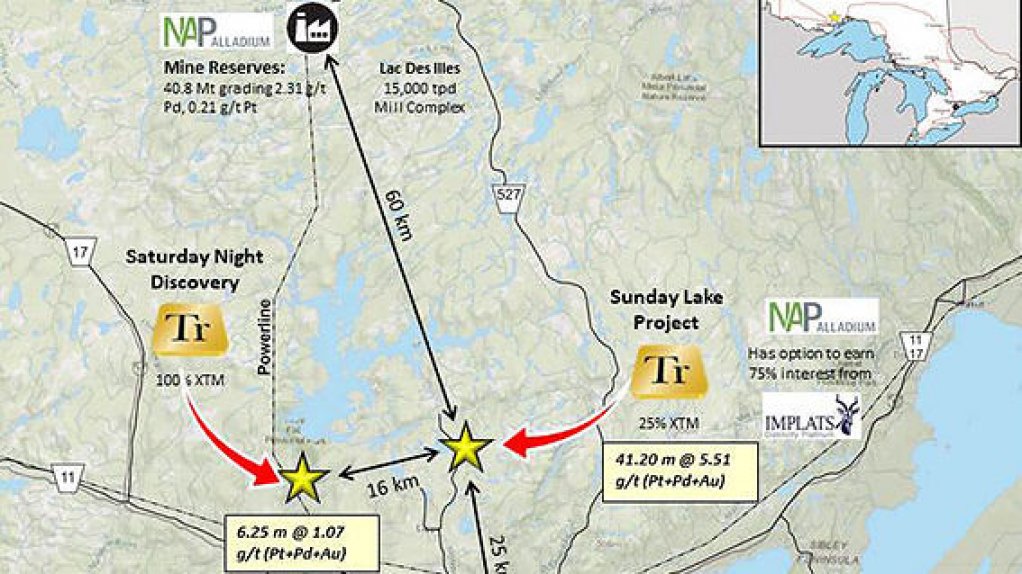 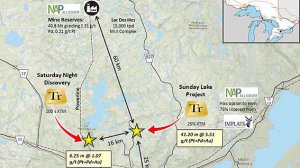 North American Palladium (NAP), the owner of the Lac des Iles (LDI) mine in Canada, has vested a 51% interest in the Sunday Lake project, leaving South African platinum major Impala Platinum (Implats) with a 24% shareholding, down from 75%.

NAP has an option to earn Implats' 75% in the 2 600 ha prospect, which is located about 60 km north of its Lac des Iles mine, in Thunder Bay, Ontario.

Accordingly, the South African mining company's interest in the Sunday Lake project has been reduced to 24%, while Transition maintains a 25% free-carried interest through to the completion of a feasibility study.

Announcing its continued investment in the platinum group metals (PGMs) property on Monday, NAP said that its decision was supported by encouraging drilling results from the PGM Zone, including the best intersection reported to date – 41.2 m grading 3.22 g/t platinum, 2.08 g/t palladium and 0.21 g/t gold.

CEO and president Jim Gallagher described Sunday Lake as NAP’s “best blue-sky opportunity” and a “key element” of its long-term strategy to build an inventory of high-quality PGMs assets in the Thunder Bay region.

This strategy is anchored by the LDI mill, which Gallagher previously said was uniquely positioned to treat ore from new development projects in the region. The large facility could help projects reduce their capital requirements and improve investment returns.

“We have demonstrated that the PGM Zone has significant lateral continuity and are now able to focus on areas of enhanced thickness and grade,” he commented in a media statement on Monday.

Implats is focused on platinum and palladium mining operations in Southern Africa.