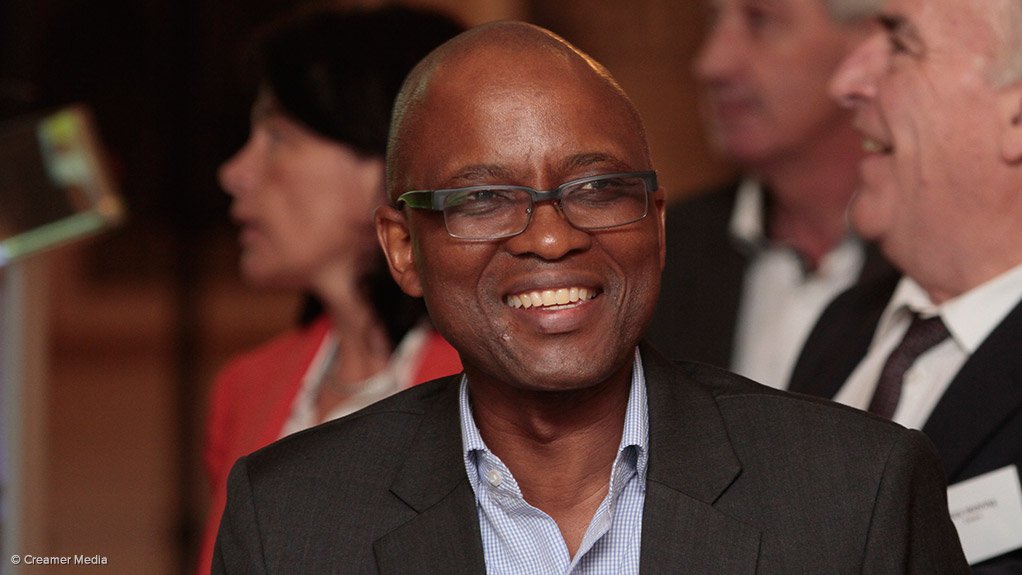 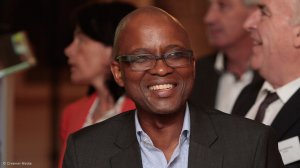 JOHANNESBURG (miningweekly.com) – Digital mine organisation, which uses the Internet of Things as a platform, is being developed as a pilot project by coal mining company Exxaro, whose CEO Mxolisi Mgojo said last night that innovative advancement is no longer a nice-to-have but an imperative for mining industry survival into the future.

Speaking at the Gordon Institute of Business Science (GIBS), Mgojo also reiterated his call made in Mining Weekly Online last month that the vast tracts of land and abundant water supply held by mining companies around their mines should be used to alleviate food, water and energy insecurities.

“If we’re going to understand the future, we’ve actually got to step into the future,” he emphasised in his GIBS presentation, attended by Creamer Media’s Mining Weekly Online.

Outlining how Exxaro was itself examining technological megatrends from an African perspective ten years into the future, Mgojo expressed belief that business leaders should not be afraid to alter their business models to accommodate futuristic ones and suggested that learning from experience is no longer sufficient in today’s fast-moving world.

With coal miner Exxaro’s two main markets being steelmaking with coking coal and power generation with thermal coal, the company is having to face a potential future of entire buildings being built without steel and battery storage of renewable smart-grid power potentially eating into the coal-fired power generation space.

As an example of structural steel substitution in buildings, he cited the case of an entire office block in Dubai being built using three-dimensional printing technology and projected renewable energy becoming the new baseload energy not as an ‘if’ but as a 'when'.

“Maybe we’ve got a nice ride in coal for the next 20 years but even looking at the energy mix for South Africa, only 2 500 MW remain for independent power producer (IPP) baseload coal power stations.

“We’ve just had the announcement that already 900 MW of that is spoken for, so there is not much scope for too many more coal-fired IPPs. South Africa's talking mostly around gas and the N-word, nuclear,” Mgojo pointed out, to audience laughter.

The advantage Exxaro already has are its two long-term contracts to supply coal to Eskom’s Matimba and Medupi power stations for the next 40 years, which gives the JSE-listed company a solid base and shields it from the ups and downs of the open coal market.

The company is thus driving a twin effort of doing the best with what it has in coal while simultaneously studying what it needs to do into the future to remain relevant.

Its coal mines produce 39-million tonnes a year of energy and coking coal and its investment portfolio includes a 50% interest in Cennergi, a joint venture with Tata Power, which has developed two wind farms with a combined generation capacity of 229 MW.

On argument that mines should use their vast tracts of land and access to water for agriculture, Mgojo pointed out that three of the top ten global risks identified at the World Economic Forum are energy security, food security and water security.

“Mining houses are some of the largest real estate owners. We’ve got so much unutilised land and yet this time last year South Africa had issues around food and drought,” he reminded.

Millions of rands are still having to be paid by mining companies on operations that closed many years ago with costly steps also having to be taken to prevent water from decanting on to the surface.

He cited 70% unemployment and high levels of poverty around a closed mine that continues to be a cost to the company but a benefit to nobody.

He advocated making good returns for shareholders and at the same time providing meaningful socioeconomic benefits for mine communities as part of compulsory social and labour plans.

He suggested that this be done in a "very radical, transformational way" by first piloting projects at small scale and then rapidly upscaling them.

On South African mining losing the global technology edge, Mgojo used a cycling term to highlight that the industry had allowed the ‘yellow jersey’ to go to other countries.

But he drew favourable attention to the Chamber of Mines taking steps to regain lost ground through its mining modernisation programme that is coupled to South Africa's reindustrialisation efforts.

He noted that business had already collected R1.5-billion for enterprise development, aimed at generating jobs and building new economies.

Mgojo told Mining Weekly Online in an earlier interview that he would like the communities around Exxaro’s mines to be able to one day thank the company for having assisted them to create something sustainable that outlives the mining operations.

Exxaro is also looking intently at how it can utilise some of the latest technology in agriculture.

Gold mining company Sibanye Gold, headed by CEO Neal Froneman, is rolling out an impressive, modern approach to people, profit and planet to ensure community development in the areas in which it operates, on the basis that when mining ceases at its western Witwatersrand operations in 30 to 40 years’ time, it will leave a vibrant agricultural economy, which is at this incipient stage already employing 640 people.

Mining Weekly Online was earlier this year part of a media and analyst contingent that witnessed the cultivation of vegetables by the community, who are already benefiting from the on-sale of verdant greens to the Spar retail group.

The late visionary research commentator, Dr RE (Robbie) Robinson, a chemical engineer with distinguished involvement in minerals beneficiation spanning more than 60 years who died last year, had a passion for linking mining to agriculture.

Robinson’s zero-cost mine water plan for the now stricken Grootvlei gold mine would have given gainful agricultural employment to 7 000 squatter camp dwellers on Gauteng’s East Rand had it not been rejected in the mid 1990s by the Department of Water Affairs. The costly alternative chosen by the department turned out to be a dismal failure.

Robinson promoted the concept of mining operations being allied with the provision of agricultural income for the families of mineworkers, through the growing of drip-irrigated crops such as grain sorghum, maize and even New Zealand ryegrass, which produces more milk in cows than any other grass type.