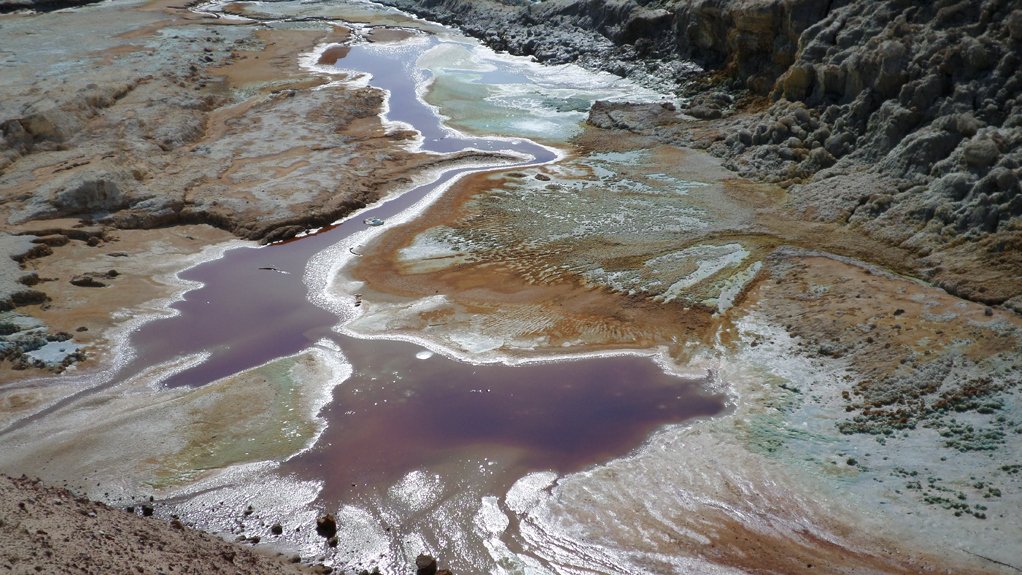 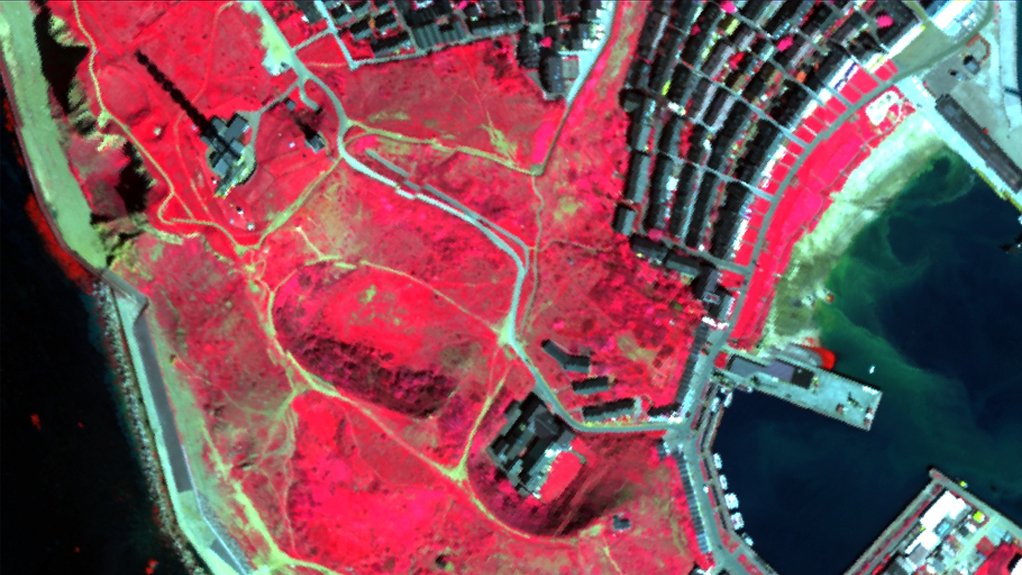 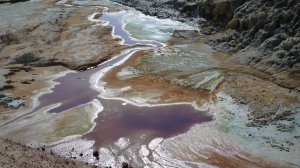 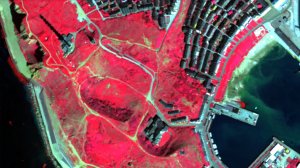 CHALLENGING EXCERCISE Identifying and mapping areas of mine pollution on the ground is a very time consuming and expensive activity
Photo by Fraunhofer Institute of Optronics, System Technologies and Image Exploitation
HYPERSPECTRAL IMAGING Ground verification targets were selected from the hyperspectral and multispectral data and showed about a 50% success rate

She explains that identifying and mapping areas of mine pollution on the ground is a time-consuming and expensive activity, and, therefore, it is desirable to find ways of narrowing down the areas where fieldwork can be focused.

Cole says that this will assist in improving the efficiency of pollution studies. She notes that, in a recent study of AMD-related pollution in the Mpumalanga coalfields undertaken by the CGS, multispectral and hyperspectral results were compared to determine whether spectral resolution and the range of multispectral data were sufficient to detect mine pollution, as well as whether hyperspectral data was essential in these type of studies.

“Aster was selected because it has the most bands in the shortwave-infrared range and is widely used in geological applications. It is also not very expensive,” Cole highlights.

She adds that RapidEye and Worldview-2 satellites cover the range of wavelengths that characterise vegetation, and that their spatial resolution made them well suited for this part of the study. Further, Cole notes that Landsat 8 was used because it is freely available.

She points out that direct and indirect approaches of identifying AMD-related minerals from remote sensing data were also investigated. “It was possible to detect precipitated secondary iron-bearing minerals directly by mapping their spectral signatures, while changes in vegetation were likely to give an indirect indication of pollution.”

Cole remarks that hyperspectral data collected over two pilot areas were classified into power of hydrogen (pH) levels and provided an effective visualisation of possible AMD.

However, she comments that, owing to the limited number of bands in the multispectral datasets, the same classification method could not be applied to them and more traditional methods, such as band ratios, spectral angle mapping, matched filtering and linear spectral unmixing, had to be used.

“These techniques yielded limited success and, in many instances, vegetation was classified as AMD minerals. Since wetlands could contain AMD, vegetation was not masked but was noted.”

Additionally, Cole says that the ground verification targets were selected from the hyperspectral and multispectral data and showed about a 50% success rate.

She states that, although all the datasets were used to select target areas, the hyperspectral results definitely narrowed down the target areas and improved the success rate.

Cole emphasises that the RapidEye was “very useful” for the detection of unhealthy vegetation, whereas Aster yielded the best results for the AMD mineral classifications.

Further, she points out that digital elevation models were derived from the active remote sensing technology, light detection and ranging (Lidar) data, which were collected over the two study areas.

These areas were analysed to delineate possible sinkholes and channels that could form conduits for pollution from mining areas and possible sinkholes. For both areas, many of the sites where AMD precipitation was identified from the hyperspectral and multispectral data were located at, or close to, the ends of some of these channels.

Cole points out that the study highlighted that, although the limited band coverage and resolution of multispectral data severely affects the results of such analyses, using the results in conjunction with other criteria, such as water flow analyses and proximity to hazards would improve the results.

She says that if Lidar data is not available, digital elevation model data can still provide a sense of water flow and surface drainage and, therefore, may also assist in constraining the results.

“One of the advantages of multispectral datasets is that data can be obtained for multiple years, thereby allowing for change detection. Although this is also possible with hyperspectral data, the cost involved is prohibitive,” Cole concludes.

Cole was speaking at the recent CGS 2016 conference, which was held at the Council for Scientific and Industrial Research International Convention Centre, in Tshwane.