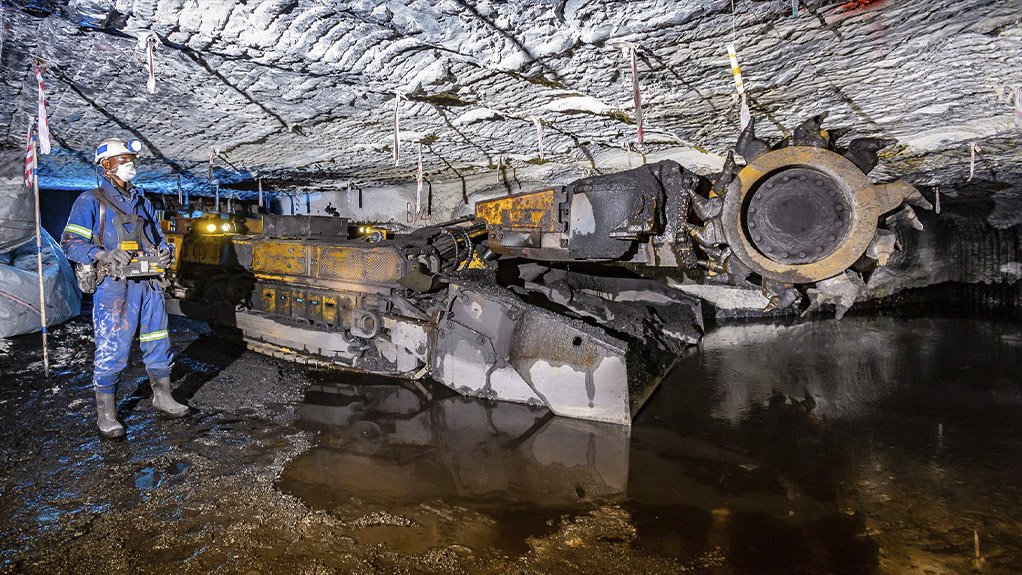 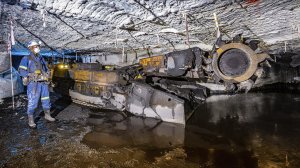 M&R Mining platform CEO Mike da Costa adds that the platform has made a strong recovery from the economic effects of the Covid-19 pandemic.

“Our order book was eroded in the immediate aftermath of the global economic shutdown caused by the pandemic but has now recovered nicely. It now totals R22.2-billion, which is sharply up on the R17.9-billion of a year ago.

“Future prospects also look good as there is a significant pipeline of new projects that we’re bidding on,” he says.

“Terra Nova is a perfect fit for M&R’s Mining platform and gives us the capability of delivering, for example, conveying systems of up to 12 000 t/h capacity.

“Its biggest market is North America but it is also active in South America and has an office in Santiago, Chile. It has recently won a major contract in Chile. Our intention is to grow the business by leveraging our global footprint,” he says.

Further, the Insig acquisition takes M&R into high-technology territory, as the company specialises in developing Internet of Things (IoT) systems and remote control solutions in the mining field.

“We’ve been working on a digital strategy for the Mining platform for some time now and the acquisition of Insig is central to our digital journey.

“We will be using Insig’s systems in-house initially but will ultimately market them to the wider mining industry. We see them as being vital in our move to increase efficiencies, cut costs and increase safety through digitisation,” Da Costa says.

The M&R Mining platform consists of three regional businesses, namely Murray & Roberts Cementation, headquartered in Johannesburg and with branches in Kitwe, Zambia, and Accra, Ghana; Cementation Americas, which incorporates Cementation USA, based in Salt Lake City; and RUC Cementation, which operates out of Perth, Australia.

M&R Cementation business director Allan Widlake says there is plenty of scope for the company to grow in South Africa and the rest of Africa.

“Clients across the board are starting to put out new tenders and projects that were previously on hold are now coming to the market. This is particularly the case in South Africa, but we are also encouraged by developments in other parts of Africa.

“In Zambia, for example, there are definitely opportunities emerging on the Copperbelt,” he says.

Murray & Roberts Cementation is currently turning over about R3.5-billion a year, but is aiming to lift this to R4.5-billion, and the bulk of its work is in South Africa, M&R Cementation MD Mike Wells says.

“At the moment, our African presence is largely confined to raiseboring contracts in Zimbabwe, Burkina Faso and Tanzania, as well as a contract at the Navachab gold mine, in Namibia, where the client is developing a trial underground mine.

“In South Africa, however, we are extremely busy. We’ve definitely put the impact of the pandemic behind us,” he says.

A particular highlight for M&R Cementation at the moment is the coal sector. It is working at the New Clydesdale colliery through its Boipelo joint venture.

“We are also at Matla 1, where we are doing stonework to re-establish the mine in a new location. Another opportunity in the coal sector is to do stonework by the method of road-heading and we are actively pursuing work of this type,” says Wells.

Meanwhile, M&R Cementation’s flagship contract is the VUP, where the company’s work on the sinking and equipping of the two vertical shafts the project requires is now well advanced, with the shaft sinking phase nearing completion.

Although M&R Cementation’s current scope of work runs through to about 2024, Wells believes there is a reasonable prospect of the company remaining active at the mine for years to come, given the scale of the VUP.

In the platinum group metals field, M&R Cementation has worked for several years on various aspects of the giant Platreef project, near Mokopane, and is starting its latest contract at the site, which will see it carrying out development for the initial Phase 1 mine.

“An interesting feature is that the contract will see M&R Cementation using a battery-powered mining fleet, owned by the client Ivanplats, for the first time,” he highlights.

Further, M&R Cementation has been fatality-free for about six-and-a-half years. It achieved five-million fatality-free shifts more than a year ago and should hit the six-million mark shortly.

“We attribute our success to our Major Accident Prevention programme, as well as the excellent training we provide at our training academy at our Bentley Park premises, near Carletonville,” says Wells.