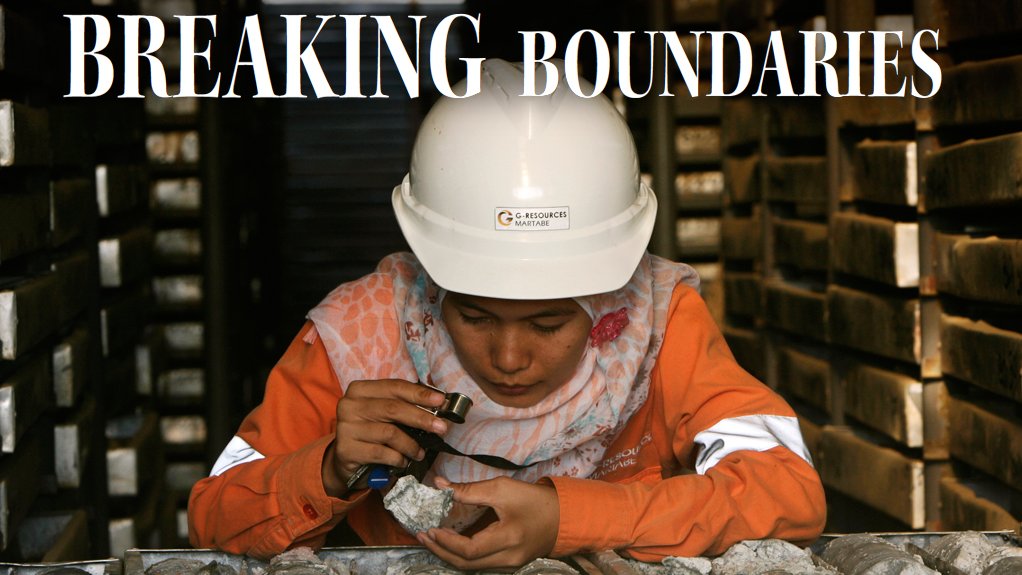 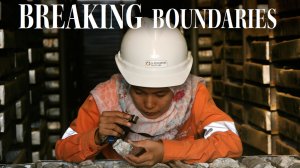 JOHANNESBURG (miningweekly.com) – Traditionally, women in the mining sector have occupied positions in support services such as administration and commercial and human resources. However, more women globally are occupying technical positions – in mine engineering, mechanical engineering and metallurgy, for example – says International Women in Mining (IWiM) director Barbara Dischinger.

IWiM is an international organisation that aims to implement initiatives that improve gender balance in the mining industry and foster the professional development of women in mining (WIM).

Dischinger states that women are reaching supervisory and managerial levels and successfully filling these technical positions. It has become “more normal” for women to be geologists, engineers, metallurgists and miners in the sector, she says.

An IWiM member, who was among a number of other respondents who wished to remain anonymous, tells Mining Weekly by email that, while management is still “dominated by men” globally, women “are less of a surprise” in the field and, therefore, are more likely to be respected for their expertise.

The new ‘normal’ includes separate changing facilities for women becoming an established part of operations in most instances, while such separate facilities were unusual ten years ago.

Blazing a Path
Importantly, an IWiM member points out that women at executive level have a “real role model” in Cynthia Carroll, who was CEO of diversified major Anglo American from 2007 to 2013 and is currently the chairperson of global diversified metals and mining company Vedanta Resources.

“She has shown women globally that it is possible to be a . . . CEO of a major mining company. Carroll has given all women in mining a significant boost in confidence,” she enthuses.

A respondent highlights that Carroll’s ascension to the highest levels of the mining industry resulted in a significant increase in the number of women being employed by Anglo American. She elaborates that this breakthrough by Carroll motivated women to apply for positions in the company because they felt Anglo American would support their career development, negating the need to move to a competitor for better opportunities.

Carroll told delegates at training and conferencing company Intelligence Transfer Centre’s recent Women in Mining conference, in Johannesburg, that she approached her role at Anglo American in the same way that she had approached her entire career in the mining industry – never regarding her gender as an issue. “I worked to change the culture and the overall way of doing business,” she said.

Carroll stated that she aimed to create an environment and framework for women to thrive across all levels of the company, with the number of female managers having doubled during her eight years at the helm.

“There were thousands of women across all levels of the organisation, from truck drivers, environmental specialists, apprentices, equipment operators, mechanics and engineers to managers, working in opencut operations or deep underground.”

She highlighted that, in some instances, there were all-women teams working underground, “because I emphasised the need for front-line supervisors and mine managers to be women”.

Carroll noted that, by the time she left Anglo American, the company had employed more women than any other mining company in the world. “Women comprised 15% of . . . employees and more than 22% of management. They were represented on each of the executive teams of the nine business units and the group’s top team.”

A respondent interviewed by Mining Weekly says mining is still small, compared with other industrial sectors, such as construction and manufacturing, and there are many challenges that women in mining still have to overcome.

Allegiances to male-dominated workspaces persist and the old saying that “it’s not what you know, but who you know” remains true, as “it can take people a long way in their careers”, she says. An IWiM member remarks that, for women occupying particularly nontraditional roles, such as equipment maintenance, strong female-male working bonds can be difficult to develop.

She states that women must first “prove themselves” technically and as leaders before they are accepted as colleagues. Women will often not form bonds with their male colleagues, because they are not invited to the pub for a drink or to the Sunday golf game. Establishing such camaraderie with their male counterparts is doubly difficult, as, in addition to not being invited to the usual social activities after work, women often have to take care of children.

“Instead, they often choose to go home to their children. And, if they do not, then they might be perceived as bad mothers. The perceived barriers become reality to some male colleagues, even though a female considers them irrelevant. They become an issue because males make them an issue.”

A respondent recalls an incident where her superior said to her: “I cannot put you in a coordinator role, as a coordinator is someone out in the field getting dirty, and I cannot see you getting dirty.” A supervisor also “blatantly” told her that “women do not belong in the mining industry”, as recently as 2014, she adds.

An IWiM member says successful women in the industry are often stereotyped. She remarks that, in small mining communities and remote towns, as much as anyone will deny that it happens, rumours and innuendoes regarding such a “type”, women who likes to “go to work with the boys”, are an “unspoken hindrance”.

The respondent comments that this undermines the true talent of women and hinders their career progress, as managers will often employ someone who resonates their beliefs.

An IWiM member says that, although women can prove that they are technically competent leaders, positions are not awarded only on competence – they are awarded, primarily on the grounds of ‘mateship’.

“Perhaps we should stop trying to prove ourselves to our male counterparts and work out how to gain their trust as colleagues. Showing that vulnerability, which makes us unique, also gains the trust of our leaders and opens their eyes to the diversity of thinking women can bring to mining,” she suggests.

Women typically have more empathy and, although perhaps not commonly displayed in the mining environment, this trait creates a new level of thinking and problem solving that can challenge the norm, a respondent comments.

They collectively lament that, unfortunately, being a woman does not necessarily guarantee solidarity with other women. Therefore, the respondents stress that it is important that women be taught how to support one another in these challenging roles, as this can assist in building confidence and a support network, as well as the creation of new opportunities.

Further, it is said that the current commodity slump has resulted in all companies “tightening their belts”. This has, in some cases, resulted in a “return” to the days when executive positions were dominated by men, as this is perhaps what feels most comfortable to male-dominated executive teams, she adds.

However, the organisation’s members emphasise that the mining industry worldwide will not return to the way it was 3, 10, or even 20 years ago. She says only by trying to understand all stakeholders’ points of view and being “as creative as possible” will companies survive and grow.

Many IWiM members believe that a key method for achieving this sustainability is for mining companies to have a diverse staff complement, as this will create an environment that will enhance inspiration and creativity levels.

“However, while it is more acceptable for women to work in technical roles in some countries, this is not the case in all cultures,” an IWiM member concedes.

WiM South Africa chairperson Noleen Pauls says women representation in the South African mining sector grew from 7% in 1995 to 14% at the start of 2015. However, she laments that, by the end of 2015, the number of women in South Africa had decreased significantly to 10%.

She attributes this decline to the high number of retrenchments and optimisation initiatives undertaken by mining houses during the period, owing to the challenging economic environment.

Nonetheless, Pauls remains upbeat about the situation of women in mining in South Africa. “We are heading in the right direction; however, we still have a long way to go,” she concludes.