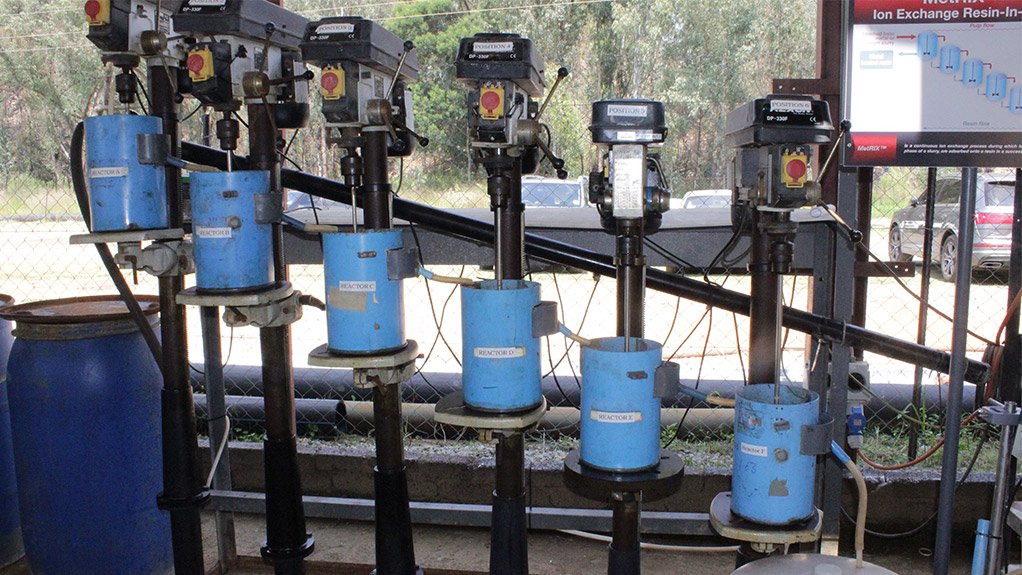 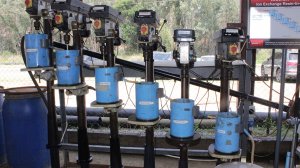 These technologies use different methods to deal with different types of mine water and rehabilitate water to different standards.

At the Mintek Technology Showcase, held at Sibanye-Stillwater’s water treatment plant in Randfontein, Johannesburg, in March, the Savmin Acid Mine Drainage (AMD) and the NICMembrane processes were highlighted.

Recent advancements in the SAVMIN process, developed by Mintek in the 1990s, have significantly improved the start-up and operating costs of the precipitation-based process. A pilot plant was built in 2014 opposite the Sibanye-Stillwater water treatment plant and is capable of treating 4 m3/h of water.

The SAVMIN process comprises four stages. The first stage is the heavy metal precipitation process unit, where the incoming AMD is treated with lime to increase the pH of the water, and to precipitate most of the dissolved metals from solution. The metal-hydroxide precipitate and the gypsum solids are removed, leaving the process as a waste.

During the second stage, aluminium hydroxide, along with more lime, are added to the solution produced in the first stage. This results in the removal of calcium and sulphate from the solution by the formation of an insoluble calcium-aluminium-sulphate salt called ettringite.

During the third stage, carbonation, the solution from the ettringite precipitation stage, which comprises low concentrations of sulphate, is treated with carbon dioxide to lower the pH and precipitate the calcium as calcium carbonate, which is then separated from the treated water. Water from this stage is the product water and is potable, as long as there are not high concentrations of monovalent cations, such as potassium and sodium, and can be reused in mine operations. Unlike membrane technologies, SAVMIN does not produce a brine effluent.

The main target application of SAVMIN is to treat AMD water that has a low pH and contains metals and/or sulphates, however, any water that contains sulphate concentrations that are too high for safe environmental discharge, can be treated. The SAVMIN process assists in recovering metals that have value and stable waste that can be disposed of or even reused. As the process operates at ambient temperature and pressure, the energy consumption of the process is low. Most importantly, the process can reduce sulphate concentrations to less than 200 mg/ℓ.

The NICMembrane – a bulk functionalised polyethersulphone (PES) capillary ultrafiltration membrane that has been tested by Mintek since 2012, was also showcased.

Developed by the Nanotechnology Innovation Centre at Mintek and funded by the Department of Science and Technology, the membrane is a semi-permeable barrier that separates solutes from a solution using size-exclusion. A pilot NICMembrane plant was built by Mintek at the demonstration plant opposite Sibanye-Stillwater.

The NICMembrane is more hydrophilic than a standard PES membrane and, therefore, has a lower fouling propensity. The membrane also uses pressure to filter water, where the treated water is able to pass through the pores and the solute remains behind. The high surface-porosity and narrow pore-size distribution make the system more energy efficient and increase productivity without loss of permeability.

Using the membrane is beneficial because it lowers energy costs, results in a compact plant size and constant water production regardless of feedwater quality. Fewer chemicals are needed to remove impurities, and a lower fouling propensity means that the membrane remains productive for longer. Testing by Mintek has shown that the membrane can reduce 99.8% of turbidity in effluent water to less than 1 nephelometric turbidity unit.

These two processes are constantly being worked on to improve cost and efficiency.