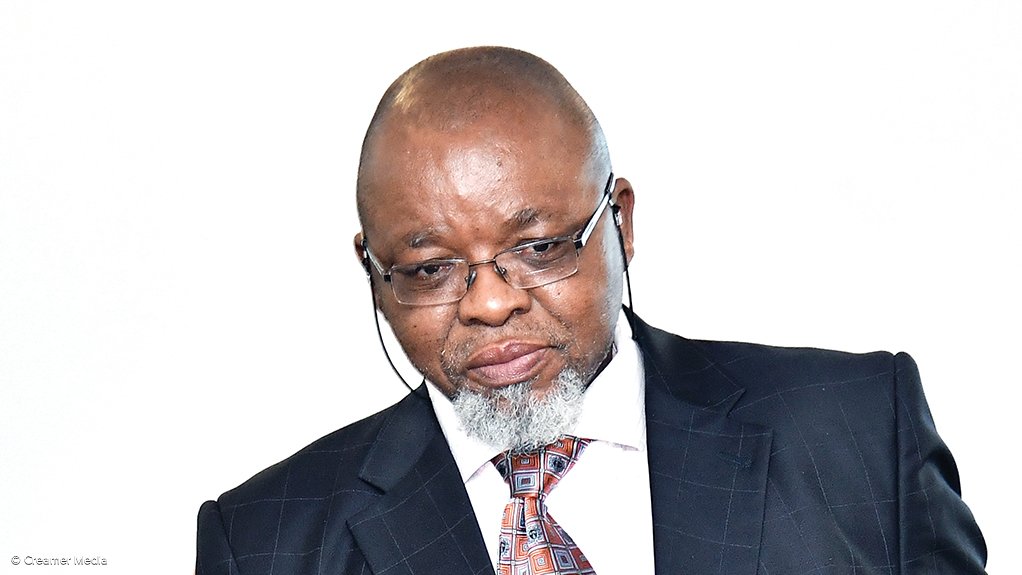 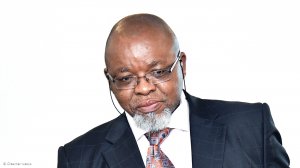 JOHANNESBURG (miningweekly.com) – Mineral Resources and Energy Minister Gwede Mantashe on Friday urged mines to test for Covid-19 to the full extent without fearing mine closure.

The Minister was responding to a media question on the steps the Department of Mineral Resources and Energy (DMRE) was taking to end the backlog of close to 100 000 tests and how testing could be increased. He was also questioned on what would trigger a mine shutdown.

Mantashe said that although mines had been closed following the detection of Covid-positive cases, it was not the intention of the DMRE to close mines, although Section 54 had been evoked in the case of one mine.

The Minister said the primary objective of the insistence of the DMRE on Covid testing was to detect the extent of coronavirus infection and in the case of one mine, the extent of positive testing had been such that the mine itself agreed to closure.

“When we did our unannounced visits to the mines, we discovered that many of the mines were complaining about a lack of capacity and a shortage of test kits,” he said in response to questions.

“We advised the mines to pool their resources and to establish regional centres for testing collaboratively. That’s why, if you go to Carletonville, you’ll see a private hospital being used by all the mines in that area.

“If you go to Rustenburg, you’ll see two hospitals used by all the mines in that area. That holds for all the regions. The pooling of resources makes it less expensive for individual mines, with the mines procuring the test kits through the centres that they fund.

“There’s a backlog of unprocessed test. You’ll remember that there was a lot of resistance when we insisted that mineworkers be brought to the mines where they can be tested. But we insisted and when mineworkers return in large numbers, there’s a spiral in every mining area.

“The systematic programme of bringing back mineworkers gave us the capacity to test them; that’s why we’re not shocked by the results of the testing,” the Minister stated.

Questioned on what triggered mine closure, he said there were many triggers for the shutdown of a mine.

“We went to the mine called Dwarsrivier. When we arrived at the mine, we discovered that they were not screening and testing. We said you will test and you will screen and that’s where we discovered one case in one set of tests.

“We used Section 54 and closed that operation and it has not reopened yet.

It the case of Mponeng in Carletonville, Mantashe said that on the basis of the numbers, the mine agreed with the DMRE that it should be closed until everyone was clear on the problem.

“There are many triggers that lead to the closure of a mine but we don’t want mines to fear closure and therefore avoid testing and hide cases. We want mines to test and appreciate that we’re going to work together in confronting a challenge that is confronting the mining industry.

“It’s not the primary intention to close operations. The primary objective is to detect the extent of infections at the mine so that we know the size of a problem we’re dealing with because we know we’re better off with full knowledge,” he said.

He drew attention to the move to Alert Level 3 of the nationwide lockdown opening up the economy and removing several restrictions.

At the same time, the government would be significantly expanding and intensifying public health interventions.

The DMRE, he stated, had been engaged in continuous discussions with stakeholders in the mining and energy portfolios to ensure that collective interventions saved lives and protected livelihoods.

“We’re called upon to learn to live with Covid-19. We need to grow the economy while we save lives,” he said.

“In our view, energy will be the flywheel of reviving our economy which has been severely impacted upon by the downgrades, recession and Covid-19.

“The measures that we have taken have been developed in line with the call by the President for government to consult and implement a risk-based strategy that will enable a phased recovery of the economy,” Mantashe said.

Under Alert Level 5, collieries that supplied Eskom and oil refineries were allowed to operate at full capacity. This was extended to opencast mines under Alert Level 4.

Under Alert Level 3, all deep mining operations were expected to ramp-up to full production capacity.

The Minister said that all mining operations must prioritise the health and safety of mineworkers and other persons who might be directly affected by the operations at mines. Compliance with conditions to the starting and increasing of capacity as enshrined in the lockdown regulations was compulsory.

Prior to ramping up, all mining operations were required to prepare and implement a mandatory Code of Practice for the mitigation and management of Covid-19. Failure to do so would be regarded as a criminal offence and a breach of the Mine Health and Safety Act.

To ensure security of energy supply to society, collieries that supplied Eskom had continued to operate at full capacity during Alert Level 5 of the lockdown, when refineries also continued operating at full capacity to avoid shortages of fuel. At the time, demand had collapsed and four refineries were closed.

With the gradual opening of the economy under Alert Level 4, the demand increased sharply, resulting in low stocks of diesel.

It was expected that diesel would be rationed until the end of May, when refineries that were closed started producing again.

The DMRE had issued directions to provide continuous supply of energy and petroleum products by allowing maintenance and construction work for energy projects to resume under strict health and safety protocols.

To give effect to the commitments made in the State of the Nation Address and ensure security of energy supply after the lockdown period, the DMRE had: