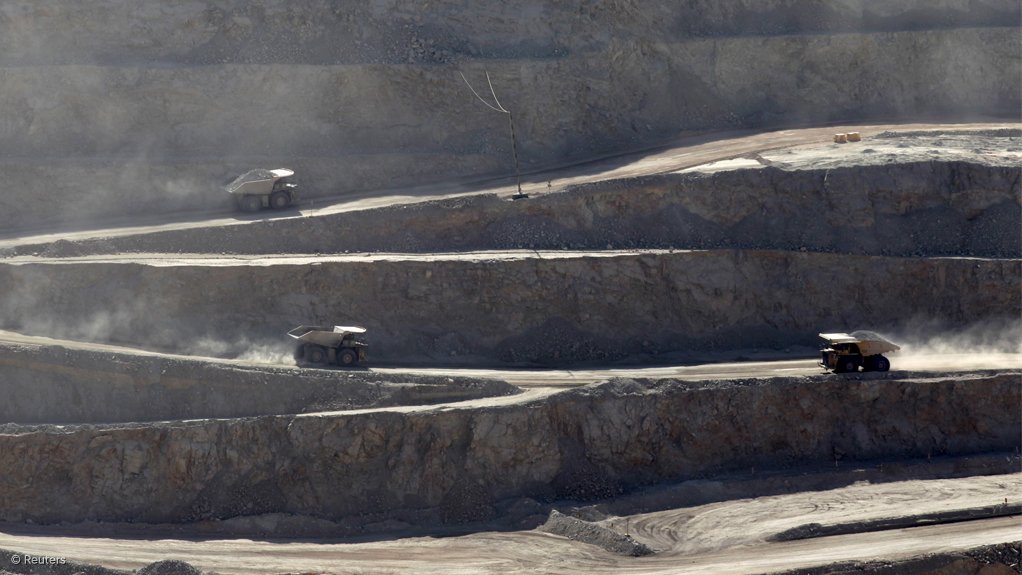 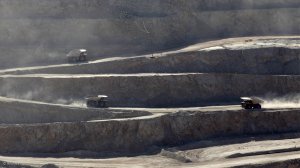 TORONTO (miningweekly.com) – The outlook for the global economy, infrastructure development and mining is not as dismal as many might believe, Deloitte global mining leader Phil Hopwood recently told an audience at the Canada-Southern Africa Chamber of Commerce’s seminar on infrastructure in Southern Africa.

“People talk about doom and gloom, but it isn’t all that doomy or gloomy. We can talk ourselves into corners by saying things are pretty bad,” he cautioned. “I’d say that you’ve got to focus on the long-term fundamentals and I am optimistic.”

Despite the volatile global economy, the positive drivers for metals and mineral consumption had remained in place over the long term, particularly based on developing economies that had growing rates of urbanisation.

China was important in this regard, although Hopwood also highlighted countries such as India, Indonesia, Mexico and Brazil and the volume of commodities these nations would require to build out their infrastructure on growing urbanisation rates. Countries such as Saudi Arabia were also noteworthy, achieving higher rates of urbanisation and developing large projects, including smelters.

By 2030, it was estimated that 9% of the world’s population would live in 41 megacities, while the level of global urbanisation was expected to reach 66% by 2050, according to the United Nations. “I’m always wary when seeing things that go out to 2050, but there’s no doubt we have a gigantic population move into urban centres. That’s a good thing for commodities and demand stemming from urbanisation,” Hopwood added.

He stated that current market conditions also held advantages, highlighting gold as an example. The price band between $1 100/oz and $1 200/oz had worked in favour of Australian and Canadian producers, Hopwood said, making a step-up on sales in US dollars, because of currency devaluation in the Australian and Canadian currencies.

“There are quite a few Australian miners that have it pretty good. That’s because their prices are [returning] something like more than A$1 500/oz. And if they’re not making money at that [price point], then I don’t know what they’re doing,” he noted.

Hopwood used copper as another example, noting that its supply/demand balance was fairly even, with something of a supply shortfall. He also stressed that Chinese buyers had become adept at using the markets for maximum advantage. “We have some incredibly smart people who’ve learned how to play the markets.”

Chinese steel output had been an interesting indicator. Output of crude steel was reported up in August, increasing 1.7% month-on-month to stand at almost 67-million metric tons, according to the Chinese National Bureau of Statistics. “The Chinese are still pumping out steel; they know what’s coming along,” Hopwood said. “They can also see the [broader] demand in commodities as well.”

THE LONG VIEW
Looking at broader macros, he highlighted the Chicago Board Options Exchange’s Volatility Index (VIX). The peaks and troughs were comparatively shallow between 2013 and into 2015, meaning the world was less volatile than many might have believed.

“However, the worry was at that stage that it might spike,” he said. That spike occurred during July, suggesting more volatile times were ahead. This would include the possible effects of quantitative easing shifting towards quantitative tightening.

The longer-term fundamentals and demand stemming for urbanisation had already translated into increased merger and acquisition (M&A) activity, with buyers also spurred on by the cheap cost of many projects.

“In Australia, right now, and parts of Canada as well, you’ll see the Chinese prospecting for good deals in terms of M&A,” Hopwood said. “We might not be seeing the big-ticket items right now, such as Glencore making an approach to takeover Rio Tinto, but the smaller types of deals are happening left, right and centre, and all under the radar.”

Seniors have been restrained about approving and advancing M&A, instead preferring to centre their attention on costs, financing and innovation, he added.

The evolution of large-scale industrial projects, including mines, would prove to be another driver for infrastructure and, through this, commodities uptake. For example, mines of the future were expected to move away from diesel use in favour of renewables like wind power and would have a need for battery storage.

TOP TRENDS
Deloitte tracked issues that mining companies considered the most important for the year ahead. The top five included returning to basics, with operational performance a central factor; innovation; reducing power costs; finding the right balance for project pipelines and tackling the implications of tight financing and its broader effect across the market.

The importance of the federal government was sometimes overlooked by mining companies as well as provincial officials. “[In Canada], I often talk to provincial government people and mining people about the need to spend more time in Ottawa and not just because it’s a place with at least three or four great restaurants,” he quipped. “But it’s because Ottawa is where many decisions are made in terms of infrastructure spending.”

On the other hand, it was important for federal and provincial governments to consider the needs of the mining sector. Various levels of government should also try to work more closely, with Hopwood citing the Ring of Fire, in Ontario, and its infrastructure development as an example.

“Public–private partnerships might be part of [this development] and the First Nations are absolutely important. But, at some stage, the federals and the provincials have to sit down and work through much of this together, because this is nation-building stuff,” he said.