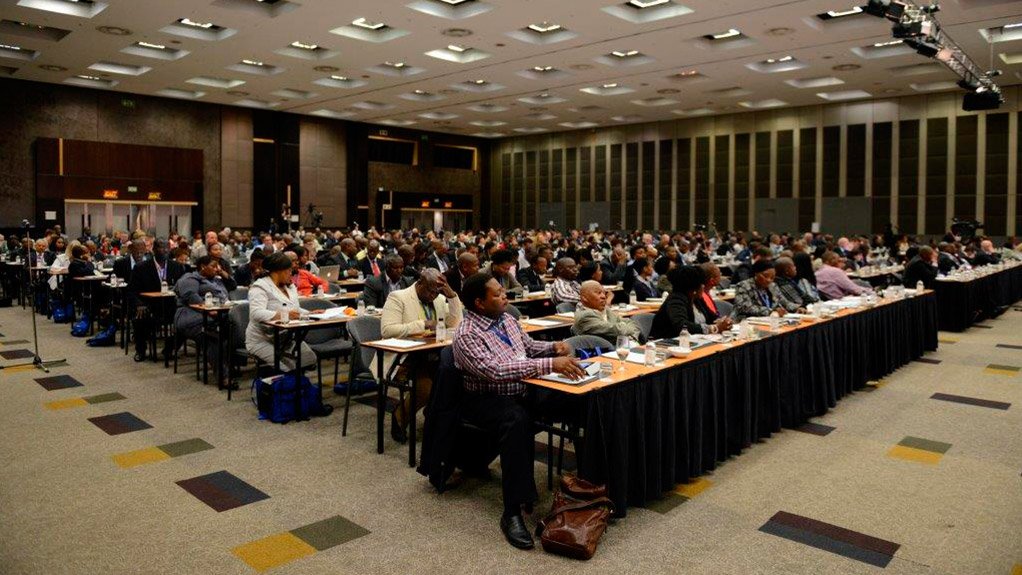 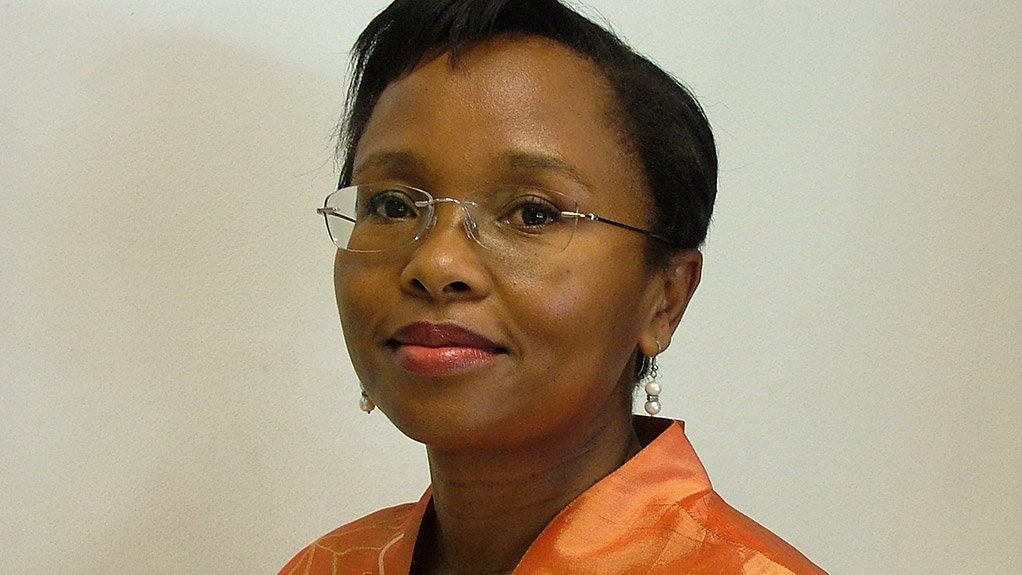 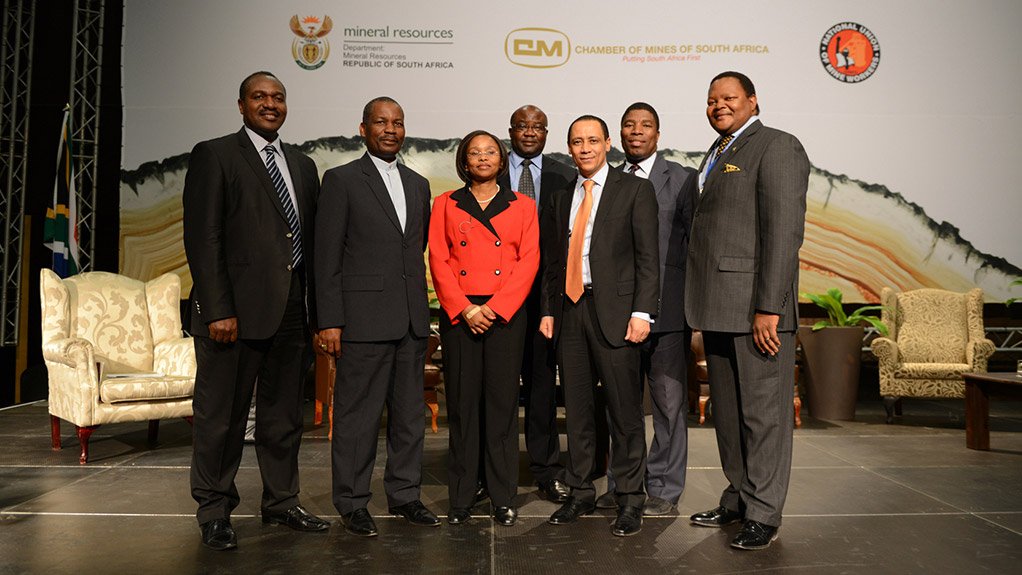 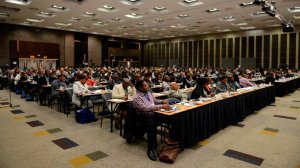 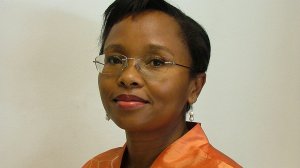 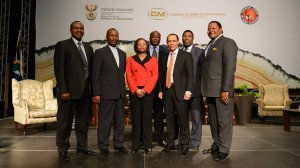 The 2014 Mining Lekgotla, which dovetails with the 20-year celebration of the advent of democracy in South Africa, will celebrate the mining industry’s contribution to South Africa’s economy since 1994, says strategic support and advisory membership organisation Chamber of Mines (CoM) health services head and lekgotla chairperson Dr Thuthula Balfour-Kaipa.

This year’s lekgotla – a collaboration between the CoM, the Department of Mineral Resources (DMR) and the National Union of Mineworkers – will run from August 13 to 14 at Gallagher Estate, in Midrand, Gauteng. It will include sessions on transformation and the Mining Charter, women in mining, community development, the African Union’s Africa Mining Vision (AMV), infrastructure, beneficiation for industrialisation and mining policy.

New Items on the Agenda One of the topics in the spotlight at this year’s lekgotla is the AMV. Adopted by African heads of State at the February 2009 African Union summit, the AMV puts the continent’s long-term and broad development objectives at the heart of mineral extraction policies and stipulates how mining can be used to drive continental development.

While Balfour-Kaipa maintains that the AMV will link with the lekgotla’s infrastructure, industrialisation and beneficiation sessions, she adds that the AMV needs to be more fully appreciated by all stakeholders in the sector and regards the Mining Lekgotla as an opportunity to create awareness of the AMV and its aims.

A closed session, the Executive Power Breakfast on Industrial Relations, will host gold mining major AngloGold Ashanti CEO Srinivasan Venkatakrishnan and University of Johannesburg deputy vice-chancellor Professor Tinyiko Maluleke, who will deliver speeches, while all trade unions, including Solidarity, the Association of Mineworkers and Construction Union (AMCU) and Uasa, have been invited to participate in the discussion.

Owing to the current fractious nature of South Africa’s industrial relations, this session’s outcomes will be fed into the main plenary discussions of the platform, notes Balfour-Kaipa.

“This strike had such an impact [on our economy] and cannot be ignored, as it changed the landscape of the mining industry moving forward,” Balfour-Kaipa adds.

A second closed session, the Youth Power Breakfast, will be facilitated by CoM senior executive Vusi Mabena and will focus on the integration of young mining entrepreneurs and professionals into the mainstream mining economy in the interest of sustainable development, seamless succession and value creation, Balfour-Kaipa notes.

She stresses, however, that transformation will remain a key issue at the lekgotla, as South Africa aims to reposition and “recraft” the mining industry to fit its identity as a new democracy.

“Statistics show that there has been decreased investment in the South African mining industry in the last few years. For example, during the mining boom before 2008, most mining sectors in other countries grew by 5%, but South Africa’s mining industry growth dropped by 1%,” she says.

While there are other platforms for key mining industry strategy discussions, such as the yearly Investing in African Mining Indaba and the Mining Industry Growth Development and Employment Task Team, Balfour-Kaipa stresses that the advantage of the Mining Lekgotla is its accessibility to all industry players, including the youth and the mining communities.

“Communities can engage with key role-players in the mining industry at the lekgotla and these role-players can consider these views when decisions are taken pertaining to key issues that industry needs to take forward,” she says.

Industry Instruments Balfour-Kaipa says the South African Mining Charter – a key driver of development and transformation in the past 20 years – will continue to be a focus at this year’s lekgotla.

Discussions on the Mining Charter will centre on reviewing its effectiveness and its role as an instrument to achieve the desired outcome of transformation.

Balfour-Kaipa adds that, while the amendments introduced by the new Black Economic Empowerment (BEE) Amendment Bill to the Broad-Based BEE Act of 2003 propose that BEE policies trump industry charters, including the Mining Charter, discussion will also focus on whether the BEE codes can function individually.

“As the South African mining industry is unique, the lekgotla discussion will include how the Mining Charter, or a new instrument, can be dovetailed with the BEE codes to encourage and ensure industry collaboration,” she notes.

Balfour-Kaipa says the CoM has high expectations for the different partners involved in this year’s lekgotla in terms of what they will propose and the commitments they can make.

“We need to grab the opportunity for industry to recommit itself, and for all players, including all trade unions, the DMR and the CoM, to discuss how we can make a change,” she concludes.