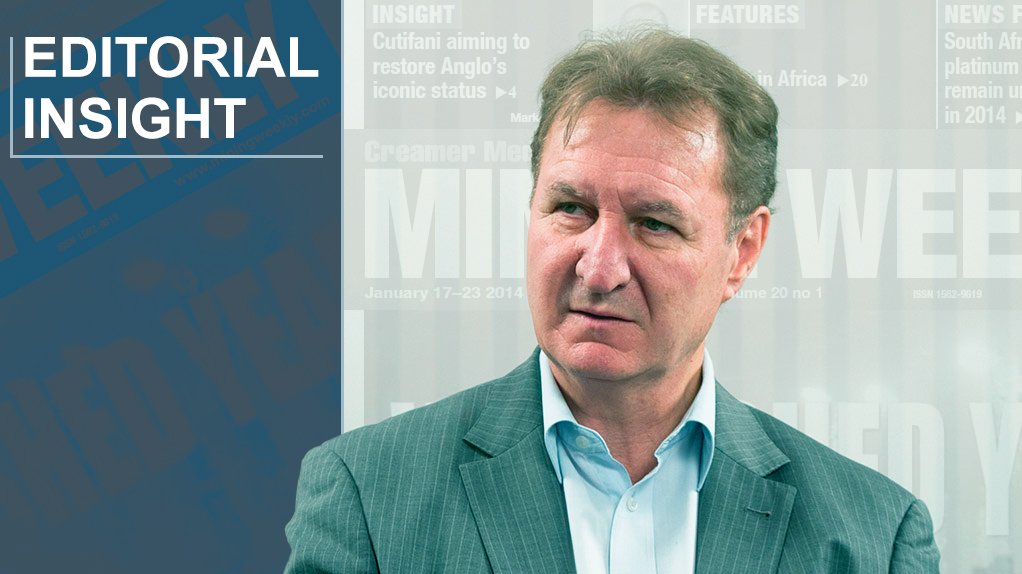 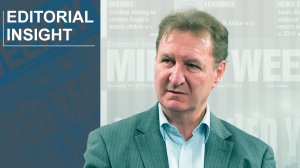 The case for innovation in mining has been on the lips of virtually every CEO at virtually every presentation of financial results so far this year. Read on page 20 of this edition of Mining Weekly of Ipkon director Dominique Pion’s calculation that mining production costs rose from $100/t in 2007 to $195/t in 2012.

Pion points out that plummeting grades and greater depths have given rise to a plethora of rising costs, which is forcing companies to look to better ways of doing things. But there could be a major payoff for South Africa because depth lessons learned in South Africa, where mines are deepest, will also be applicable globally, especially lessons of automation and mechanisation. AngloGold Ashanti has taken the lead with its new automated raiseboring that can take it 5 km below surface and beyond and others are in the wings planning their own innovations.

The airborne geophysical survey currently under way in Malawi is expected to attract more foreign investment in the country’s largely underexploited mining sector. Read on page 17 of this edition of Mining Weekly of the survey being conducted as part of a project funded by the World Bank’s International Development Association and the European Union. The British Geological Survey is doing the quality control for the survey, which is targeting specific areas for follow-up exploration by inward investors. Malawi is developing its minerals sector as a diversification away from over- dependence on agriculture in general and tobacco in particular. While agriculture contributes some 38% to Malawi’s gross domestic product, the mineral sector contributes 10%, up from less than 3% prior to 2010, with Malawi targeting mining’s contribution to double to 20% by 2016.

China’s Jilin Houyuan is to invest $250-million in a ferrochrome sintering plant at Kwekwe, Zimbabwe, in partnership with the country’s biggest chrome producer, Zimbabwe Mining & Smelting Company (Zimasco). Read on page 16 of this edition of Mining Weekly of the transaction being facilitated by Chinese steel producer Sinosteel, which is the principal shareholder with a holding of 73%. Chinese company Golden Horizon has also signed an agreement with Zimasco to provide a high-technology slag gravity separation plant to recover ferrochrome alloy from the millions of tons of slag stockpiled at the Kwekwe plant, which has an installed production capacity of 180 000 t a year. The company, which has recorded a 40% increase in production since July, is currently producing at a rate of 15 000 t of ferrochrome a month.

The easing of South Africa’s exchange control has opened the way for both local and foreign companies to make greater use of the JSE to raise capital for both local and international mining investments, Webber Wentzel’s Manus Booysen points out on page 19 of this edition of Mining Weekly. South Africa has an opportunity to become a centre of mining finance for Africa as the continent becomes the world’s next major producer of metals and minerals for an urbanising world.