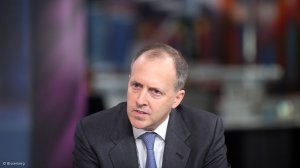 The exploration programme follows the completion of an airborne geophysical programme at the project.

The Zamsort licences cover more than 850 km2 and host a large number of targets in addition to the Kalaba copper/cobalt prospect where the company is currently estimating a resource for the commercial-scale demonstration plant, as well as a maiden Joint Ore Reserves Committee-compliant mineral resource for the project based on drilling to date.

The infill soil geochemical programme over the key target discovery areas will reduce the current spacing of 1 km between profile lines to 200 m. This further refinement of the soil geochemistry will enable more defined drilling of the targets, the company noted in a statement released last month.

Meanwhile, a large 3 km × 3 km copper in soil anomaly has been identified at the Cheyeza West target, with at least three identified localised highs with up to 504 parts per million (ppm) copper. The airborne survey highlighted a 4 km × 6 km area of irregular magnetic response that is interpreted as a potential alteration zone.

The Cheyeza West target is about 7 km west of Cheyeza East, where historical drilling at Cheyeza East has intersected zones of pervasive copper mineralisation.

The target area is characterised by a historic electromagnetic (EM) anomaly identified in the east, and it is possible that this represents a conductive unit such as sulphide-rich sediment. “Well defined radiometric anomalies, both thorium and potassium, are coincident with the historic EM anomaly,” the company noted.

A recent preliminary field visit to the Cheyeza West target area noted the presence of sulphide pseudomorphs within altered calcareous sediments, a similar rock type that hosts other local copper deposits. In addition, both coincident historic, magnetic and radioVmetric anomalies have been identified over this central 9 km2 area.

“I am very pleased to have completed the follow-up work on the new anomalies and to have commenced the soil sampling programme early,” noted Arc Minerals executive chairperson Nick von Schirnding.

Further, the Lumbeta target area, another one of the new target areas, is associated with the crest of a northerly plunging fold. Structural features such as these are important as they can act as a mineralisation trap.

The Lumbeta target is also characterised by an almost 11-km-long elevated copper in soils anomaly with values of up to 580 ppm of copper, a large zone of irregular magnetic response possibly representing alteration and several isolated, but well defined, historic EM anomalies.

The location of these new target areas appears to be higher up in the stratigraphy in the central part of the licence, which has not been previously explored.

“The Cheyeza West and Lumbeta anomalies . . . are around ten order of magnitude larger than anything previously looked at in the Zamsort project area – and are a potential game changer for Arc,” he stated.

The Zamsort exploration programme follows the completion of the Kalaba demonstration pilot plant that has been successfully commissioned with the initial production of copper/cobalt sulphide concentrate.

Arc Minerals is finalising detailed oxide resource tonnages, grades and mining plans in line with the completion of the block modelling of the overall oxide resource, it reported last month.

The block model assessment of the orebody will provide the basis for a review of operational and mining strategy, including the cost benefit potential of upgrading the oxide ore feed into the plant aimed at materially reducing consumption of acid and related input costs.

Initial production will incur no mining cost, as the plant feed will be drawn down from the existing stockpile of 10 000 t at 2% copper.

The potential to enhance revenue streams through the production of separate copper and cobalt sulphide precipitates is also being investigated.

Von Schirnding noted that Arc Minerals has completed the plant under budget, for less than $500 000, and highlighted it as an “important step regarding Zamsort’s previous commitments in terms of its exploration licences”.