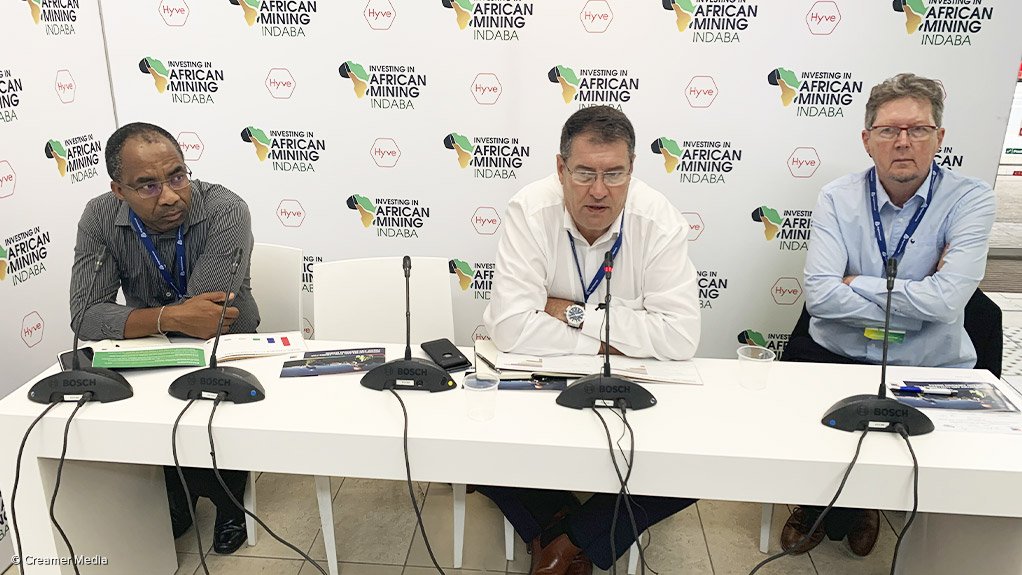 But most of these rights are not being exercised, Khumalo revealed at a media briefing he conducted with Minerals Council junior miners leadership forum chairperson Errol Smart and Minerals Council junior and emerging miners’ desk head Grant Mitchell at the Investing in African Mining Indaba. (Also watch attached Creamer Media video.)

“And some of those operating are not necessarily doing so legally,” he told the briefing in which Mining Weekly participated.

Smart noted that the junior mining industry was currently in the red.

“The junior mining industry earned R54-billion and spent R55-billion. It’s a loss-making business at the moment. It’s a tough gig,” he said.

“One thing that is fortunate is having Mr Mantashe. He’s been there, he’s got his hands dirty, and he actually understands what a mine is and he likes to tell people that mining is a deep, dark, dirty and very often a dangerous occupation. It is not a get-rich-quick gig,” he said in reference to Mineral Resources and Energy Minister Gwede Mantashe.

Smart explained, however, that, unfortunately, with the best of intentions and in the drive for transformation, many rights were ceded to people who were not necessarily finance people or technically capable people.

“As a result, the South African junior mining industry has become a bottom-feeding industry, because of the perception that existing mining companies had to move tired, maybe loss-making or difficult assets to juniors, because juniors would make more money out of them. Very often they haven’t.

“If we look at where Patrice Motsepe came from, he took unloved gold assets and he sweated them for 20 years and made money out of them and built an empire out of them.

To give more focus to junior miners, the Minerals Council established the junior miners’ desk, which has been campaigning for a more viable legislative and charter framework for juniors.

Taking up the challenges with the authorities is the junior and emerging miners’ leadership forum, which is made up of ten chief executive officers (CEOs).

The two public workshops held every year are well attended and a group of former CEOs provide mentorship where needed.

“Policy lobbying is a key part of what our job is. We also conduct ongoing research because we need to understand the sector,” said Mitchell.

A 30-page summary of a major study handed out to journalists defines junior miners as explorers, mine developers, micro miners, small miners, medium-scale miners, and large-scale miners, with more than 500 employees.

“We wanted a R500-million annual turnover cut-off but the Department of Mineral Resources and Energy came back and gave us R150-million. We’re hoping that our conversation continues because we feel that the R150-million threshold is far too low,” said Mitchell.