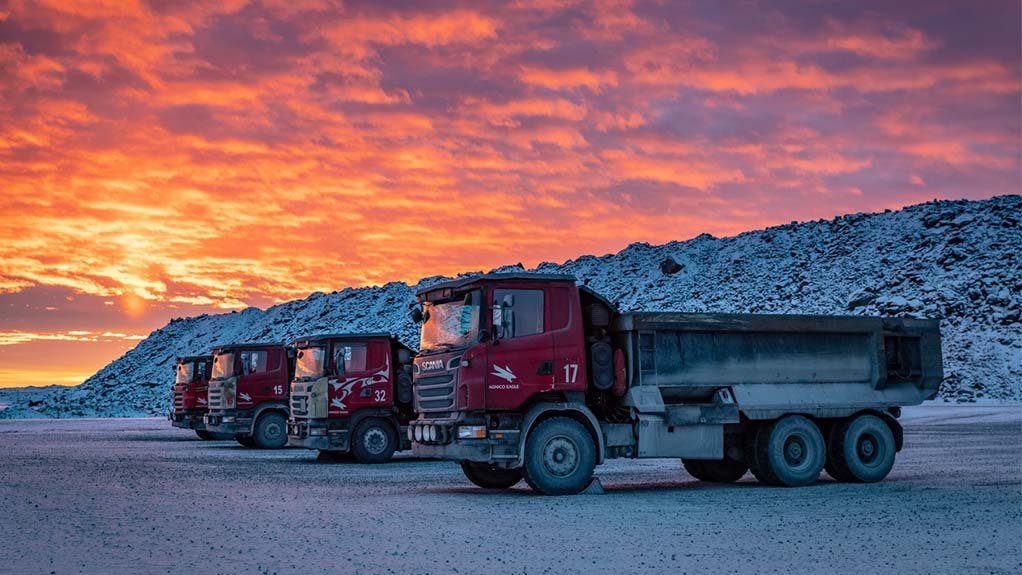 Canada's Agnico Eagle Mines reported a better-than-expected quarterly profit on Wednesday, benefiting from a surge in gold prices and sales volume, and raised its capex forecast for the year as it spends on several sites to boost production.

Agnico now expects total capital expenditure for the year to range between $720-million and $740-million, higher than earlier forecast of $690-million, as it develops its Kittila mine in northern Finland, its first to open outside of Canada.

The increased capital spending also includes development cost for its Amaruq underground project and Meliadine mine in Canada.

Massive stimulus packages to aid economies reeling from coronavirus-driven woes and a low interest rate environment have helped drive about 25% increase in prices of gold this year as the metal is seen as an inflation hedge.

Agnico said average realized price for gold jumped about 29% to $1 911 per ounce in the reported quarter, while gold production rose over 3% to 492 693 ounces.

The company, with operating mines in Canada, Finland and Mexico, said it expects similar production levels in the current quarter and raised its quarterly dividend by 75%.

Agnico, which earlier in the year experienced temporary shutdowns or reduced activity at certain mines due to Covid-19 restrictions, said it has seen limited impact on operational productivity.

However, the company added that its Nunavut-based workers remained at home in the third quarter and there is no set date for their return to work.