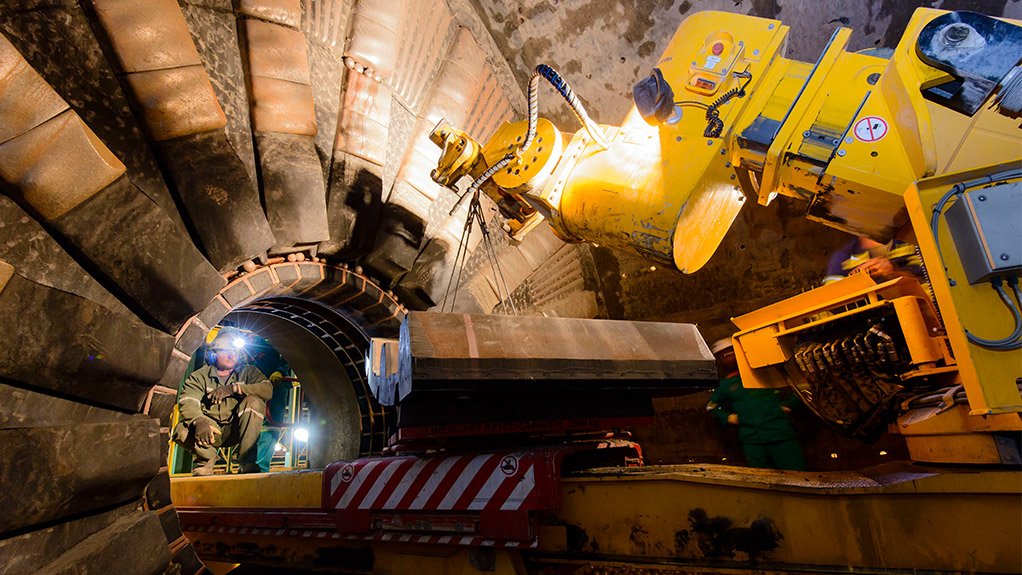 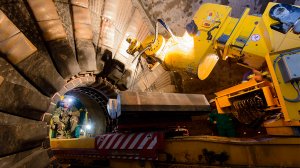 Global industrial equipment and services offering company Metso has proven that its Megaliner mill lining system can result in a drastic reduction in downtime and improved safety in mining operations.

The Megaliner was developed by Metso in 2012 and expanded in 2013 to include a liner positioning system to reduce the inevitable downtime that occurs during liner replacement. The system also provides a significant improvement in operator safety, notes Metso mill lining support specialist Marcel Bode.

The conventional practice of replacing a liner involves installing many pieces using bolts that need to be inserted from the inside of the mill, which is a time- consuming process that has been identified as a potentially hazardous work for the liner replacement crew.

The Megaliner design, however, uses fewer and larger parts and has a ‘unique’ attachment system, improving safety, with faster installations. The parts are also designed for easy replacement. The bolts used to attach the liners used in the Megaliner concept are secured from the outside of the mill, eliminating the risk of having people in the danger zone inside the mill.

Bode further explains that the liner handler operator can put the liners in place without assistance from other workers while the liner positioning system provides remote guidance using cameras for the operator during the process.

“The large mills of today have changed the game. It is the new bigger mills that enable ten to fifteen times higher production. This reduces the significant loss in production caused by downtime,” says Metso key account manager David Maritz.

Metso’s Megaliner is designed with this in mind, he notes, adding that one Megaliner combines several lifter bars and plates into one component.

South Africa-based platinum group metals and chrome producer Tharisa Minerals’ mine in Marikana, near Rustenburg, in the North West, was the first South African mine to adopt and implement the Megaliner concept in December 2017.

The mine was concerned about major downtime that occurred on average every nine months, which involved the replacement of linings in the primary ball mill – a process that took about 48 h. The primary ball mill, like many others of its type, can process 250 t/h of ore 24/7, which amounted to a significant disruption in production.

Metso regional product support manager Duane Mathers says the primary ball mill was originally equipped with 180 liners that had to be removed individually, which was a time-consuming process. “Replacing them with Metso’s Megaliner, however, was a different story. Owing to the simplicity of the design, we required only 30 modules to reline the mill interior,” he explains.

He says the company expects that this will bring the total time taken to replace liners to less than 24 h, reducing downtime by about 50% at the next reline.

Metso also offers after-sales service to clients, as well as process and wear monitoring, which helps the company to fine-tune the design.

“From the client’s perspective, the Megaliner presents a tried and tested improvement in technology, providing an accessible and credible competitive advantage,” Mathers concludes.