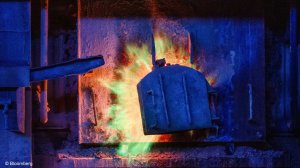 Concord Resources, a trading house set up six years ago to challenge the dominance of Glencore and Trafigura Group in metals markets, may list its shares as soon as next year.

The private equity-backed company has long viewed an initial public offering as a logical step, and believes 2022 may be the right time, CEO Mark Hansen said in an interview. He emphasised that no decisions had been taken yet.

“I think there’s an option for us if commodity markets remain as interesting as they are,” he said.

London-based Concord was founded in 2015 by a group of former Noble Group traders, with backing from private equity investors including Pinnacle Asset Management, Pala Investments, MKS PAMP Group and the partners of Ospraie Management.

The company this summer bought its first major asset with the acquisition of a controlling stake in an alumina plant in Louisiana. Hansen said the deal had made Concord one of the world’s three largest alumina traders, and would help it benefit from a renaissance in the North American aluminum market as supply-chain bottlenecks force consumers to source production closer to home.

PROFIT MARGINS
“The commodities business in the last 20 years has been very much about going to find the cheapest possible location of production,” he said. “The post-coronavirus world is a bit different, where you have high logistics costs, you have delays, you have significant increases in demand -- that creates the opportunity to be closer to the consumer and have better profit margins.”

Alumina, which is the key ingredient for producing aluminum, and aluminum itself have both soared in price as production in China has been hit by power outages and a drive to limit carbon emissions. Alumina prices have jumped by more than 50% in the past two months, helped too by a fire that closed a major Jamaican plant.

Concord is on track for record profits this year, Hansen said. While its plant in Louisiana was hit by Hurricane Ida, it is now back to nearly full production. He said the company was working to integrate its new acquisition, and could consider an IPO, possibly in London, next year once that is complete.

The move to own a production asset sets Concord on a similar path to larger traders like Glencore -- which is also one of the world’s top miners -- and Trafigura, which took control of zinc producer Nyrstar in 2019. While Glencore went public in 2011, Trafigura has remained private and is owned by its employees.

Still, Concord remains a much smaller company than the other two, focused more narrowly on metals markets and particularly on alumina and aluminum. The most recent accounts filed at Companies House valued its equity at $253 million at the end of 2020.