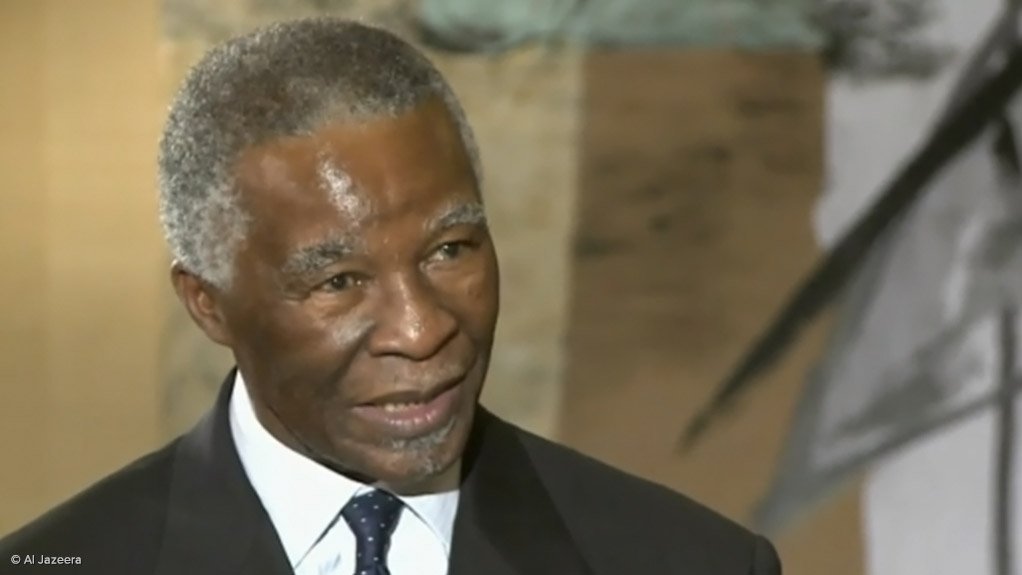 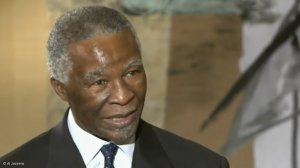 While thousands of South Africans grieved at the open coffin of former president Nelson Mandela on Thursday, a debate grew about discontent with the country's leadership.

The sight of Mandela lying in state at the Union Buildings turned the mood from one of noisy celebration of his legacy at his official memorial on Tuesday to that of mass mourning, as people wept beside his body.

"It's a blessing for me," said a sobbing Frida Manamela, who had draped a South African flag over her shoulders.

"It reminds me of the old days. I think I'm okay now after seeing his face. The old man is now at peace."

Many queued from before dawn at key points in the capital that all but came to a halt as Mandela lay in state for a second day at the government headquarters where he was sworn in as the country's first black president almost 20 years ago.

Verne Harris, director of the Nelson Mandela Foundation archives, said it was ironic, but fitting that Mandela would last be seen at what was once the seat of the apartheid regime, but under him became that of democratic rule.

"It is a beautiful irony," Harris told eNCA television.

Among those who filed past the coffin was correctional services officer Abigail Zuma, who said seeing Mandela's remains had brought home the reality of his death last Thursday.

"I feel fulfilled, but very emotional. I saw him and I'm happy that he's resting peacefully. I feel I am part of history," she said.

Her colleague Norman Tshivhase said: "It was bad to see my leader, my real comrade, lying down like that. I got closure."

Foreign dignitaries, among them Cuban President Raul Castro, paid their respects along with South Africans of all races and walks of life in a snapshot of the "rainbow nation" Mandela first evoked at his inauguration.

Ina Scheepers from Centurion, Pretoria, said Mandela had brought together the nation and that his successors were not living up to this legacy.

"He was a father to all South Africans, unlike some divisive leaders we have now. There will only be one Mandela in our history."

"Exactly because we are dealing with this more complex struggle, we need to raise the level of the quality of leadership," Mbeki reportedly told a memorial service for Mandela at the Calvary Church, in Midrand.

"To accelerate this progress that we need, we'll come back to this matter about the quality of leadership," Mbeki said.

Since Mandela's death, President Jacob Zuma has lived in an uncomfortable spotlight. He was loudly booed by sections of the crowd at the memorial service in Soweto as international statesmen and millions of viewers watched.

Mbeki, on the other hand, was cheered, as was South Africa's last white president FW de Klerk, who freed Mandela from jail and unbanned the ANC.

"Mandela is a man of his time, just like other leaders who have made their mark in different times of history. This obsession with comparisons must stop," said the former national police commissioner and Zuma ally.

"No amount of anger allows people to embarrass the president. Anyone who does that is a fool, because if there are problems they should be solved through discussions."

Cele blamed the booing on newcomers in the ruling party's ranks – contradicting early suggestions that it had been orchestrated by members of Julius Malema's new political party, the Economic Freedom Fighters.

Analysts have said Malema could eat into the support for the ANC in next year's general elections, as it battles to contain the fallout from the controversy over millions in public funds spent on Zuma's homestead in Nkandla, KwaZulu-Natal.

On Thursday morning, Malema took a political message to the crowd outside Mandela's home in Houghton, Johannesburg.

"Thank you [Mandela] for ushering in political freedom.... Those who came after you failed to deliver economic freedom. We are picking up this battle," he said.

Mandela will lie in state until Friday afternoon.

His cortege is following a symbolic route through the streets of Pretoria every day.

It passes Pretoria Central Prison, where Mandela was held in 1962 for incitement and leaving South Africa illegally, and the High Court in Pretoria, where he stood trial for treason and sabotage and made his now legendary pledge, in April 1964, that he was prepared to die for the ideal of a non-racial society.

On Thursday, people again lined the streets to watch it go by and some massed at the gates of 1 Military Hospital for a glimpse.

Georgina Mudau said she had travelled from Limpopo to pay her respects.

"When the sun rises today we will say goodbye and remember him. Mr Mandela was the king of Africa."

Mandela will be buried in his boyhood village of Qunu in the Eastern Cape on Sunday, bringing to a close 10 days of national mourning. The funeral will be relatively intimate, with only about 5 000 mourners.