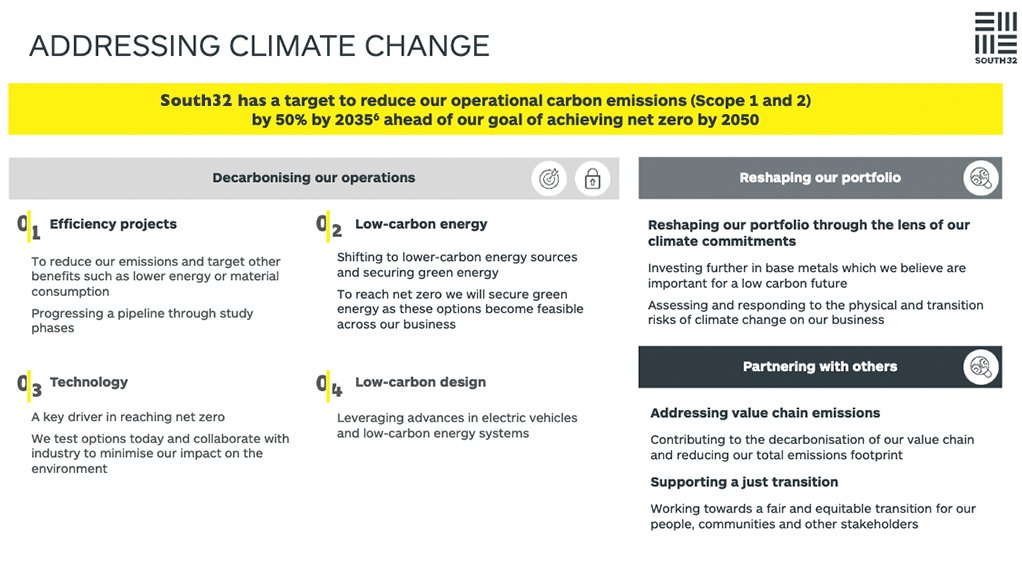 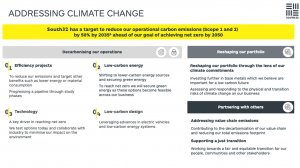 Kerr, who presented at the Bank of America Global Metals, Mining & Steel Conference covered by Mining Weekly, describes the manganese ore that the Sydney- and Johannesburg-listed company mines as being of high quality.

South32 has increased its overall manganese ore volumes – including those in Australia – by 21% since it demerged.

Besides assessing the boost to manganese rail loading infrastructure at Wessels, it is also undertaking studies and exploration programmes to extend the life of its Australian opencast Gemco manganese mine.

In placing emphasis on its shift of focus to low-carbon commodities, South32 speaks of manganese having the potential to displace cobalt in lithium-ion batteries.

South32 notes that aluminium, which it produces in locations including Hillside Aluminium in South Africa’s KwaZulu-Natal, benefits from higher intensity of use in electric vehicles and substitution of fossil fuel-based plastics in packaging.

It describes copper, which it has through the acquisition of 45% in Sierra Gorda copper mine in Chile, as being key to electric vehicles, charging infrastructure and renewable energy, and highlights zinc’s use as coating in wind turbines and solar panels, which could increase tenfold in the 1.5o scenario.

The reduced demand for lead batteries in motor cars, it says,is partly offset by higher demand for use in energy storage systems.

“So, what does South32 look like in 2022? The short answer is, very different to the South32 of even 12 months ago and significantly different to how we looked at the time of demerger in 2015.

“Beyond 2023, we have further significant growth potential, with study outcomes for our world class development options in North America underlining their potential to supply critical minerals into the future. None of this would be possible without our consistent execution and strong balance sheet,” Kerr emphasises.