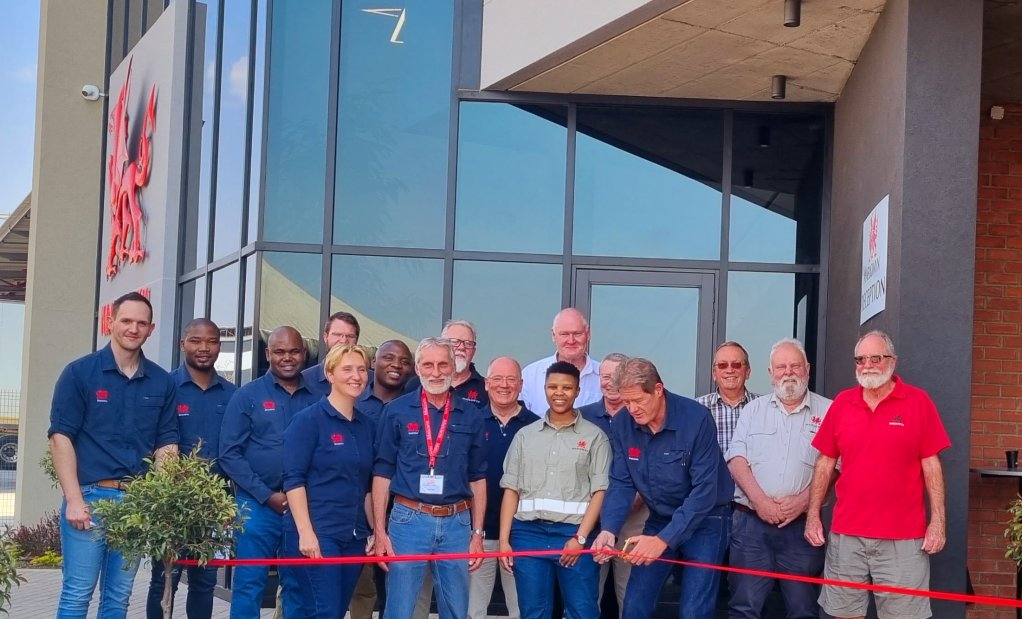 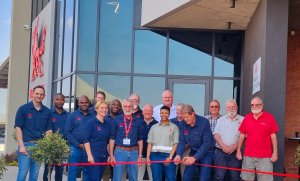 Owing to the considerable organic growth it has achieved in South Africa and Africa, mineral processing technologies and processes provider Maelgwyn has relocated to a new building, in Boundary Park, North Riding, and is aiming to leverage these premises and the enhanced capacity and capabilities it offers to further bolster its growth over the next decade.

General Manager Juan van der Merwe told Engineering News that Maelgwyn Mineral Services (MMS) is the parent company that was established 25 years ago in the UK, and is based in Cardiff, Wales, with a global reach through its patented technology.

A subsidiary of the parent company is Maelgwyn Mineral Services Africa (MMSA), which has an exclusive licence agreement with MMS for the Africa region.

MMSA was established 19 years ago and is headquartered in South Africa, from where it operates in several countries within Africa.

A subsidiary of MMSA is Maelgwyn South Africa (MSA), which has operations in South Africa, as well as a mineral processing laboratory, performing testwork for process designs for African and international mining projects.

MSA began trading in 2019, and 35% of the shares are owned by the employees through a trust.

MMSA and MSA held an open day on 9 September at the new premises to commemorate the move and to showcase the enhanced capacity it can now offer to key clients and representatives.

The relocation was completed in June following the ground-breaking ceremony held in May 2021.

The new building is double the size of its predecessor, at about 4 100 m2.

MMSA and MSA are housed at the new facility and the laboratory boasts an enhanced capacity to undertake testwork and process design for African and international mining projects.

“We now have the capacity to increase our throughput in the laboratory and this is aligned to the commodity boom. If this sustains for any period of time, we have the capacity and capability to be able to take on additional work,” highlighted Van der Merwe.

He enthused that the laboratory offers bespoke solutions and faster reporting times; and is able to perform pilot plant testwork for clients as well, “a capability that has been lost at many facilities in the country”.

The new building also offers location benefits, owing to its close proximity to Lanseria airport, which facilitates ease of access for local and international clients. Moreover, it is close to major highways, allowing quick access to major business centres.

The new building is fully operational, with 32 management and staff on site.

Van der Merwe noted that about 50% of the employees boast tertiary qualifications; therefore, a large percentage of these employees are highly experienced and experts in their field.

As alluded to, the move was enabled by the 20% yearly organic growth in South Africa and Africa over the past five years, which has empowered MMSA and MSA to expand.

Van der Merwe expanded that this growth was facilitated by Maelgwyn’s market penetration in the region on two fronts, mainly, the Aachen technology, and the capabilities of its laboratory services.

“The MMSA/MSA group has grown based on the unique Maelgwyn proprietary technology and its bespoke laboratory services,” Van der Merwe said, noting that the combined revenue from the African and South African operations is about R100-million a year.

This includes the Leachox process for the recovery of gold from mildly refractory gold ores, that is noted to provide acceptably high recoveries at reduced capital and operating costs, when compared with “aggressive” refractory gold processes such as bio-oxidation, roasting or pressure oxidation.

Moreover, he highlighted the Aachen Assisted Leach (AAL) process, which achieves higher gold recoveries in a conventional cyanide leach, where a kinetically constrained leach process is improved through shear and elevated oxygen levels.

“These four different processes that we've developed have also allowed us to expand in the market,” Van der Merwe stated, adding that the group’s technology provides a competitive edge in terms of longevity and efficiency.

He outlined that the original concept for one of the technologies goes back to 1987, at the Kalgoorlie goldfields of Western Australia.

Company founder Battersby, who now serves as MMSA chairperson, was a plant manager at the Broad Arrow gold plant, which was experiencing problems with the dissolved oxygen levels in the plant and the high levels of consumption of cyanide for the gold leaching process.

Battersby therefore sought a better way to optimise the gold leach process, instead of pumping large amounts of air into the leach tanks.

While he would not meet fellow co-founder Imhof until 1993, the latter was concurrently in 1987 engaged in designing equipment to generate small bubbles for flotation.

In 1995, both Battersby and Imhof were working for the same company in Germany.  Battersby, who was a process engineer, tasked Imhof, who was a mechanical design engineer, to come up with a design that would satisfy all of the objectives he had outlined – ‘small bubbles, high shear, high mixing – but in the extremely high wear environment of abrasive mineral slurries’.

MMS has a global footprint of installations, notably in South America, Europe and Australia. The main business of the parent company has been flotation cells and plants, for a wide range of minerals including gold, copper, molybdenum, iron ore, coal and potash.

MMSA and MSA also have several sites in Africa where Aachen reactors are used to improve cyanide destruction before tailings are deposited on tailings storage facilities.

Much of the staff complement are highly skilled. The directors and senior managers have all worked in the mining industry and have chemical engineering, mining, or mineral processing backgrounds.

This reflects the culture of the group, with the leadership team comprising of qualified engineers, chemists, metallurgists and an accountant, Van der Merwe said.

“Maelgwyn has an unbureaucratic management culture, which allows the team to act swiftly on projects. While having a flexible culture is something many organisations have talked about over the years, COVID-19 made it clear that flexibility is a key ingredient to organisational success,” Van der Merwe emphasised.

He added the ability to remain relevant in an ever-changing environment and to deliver on customer expectations hinges on this internal culture.