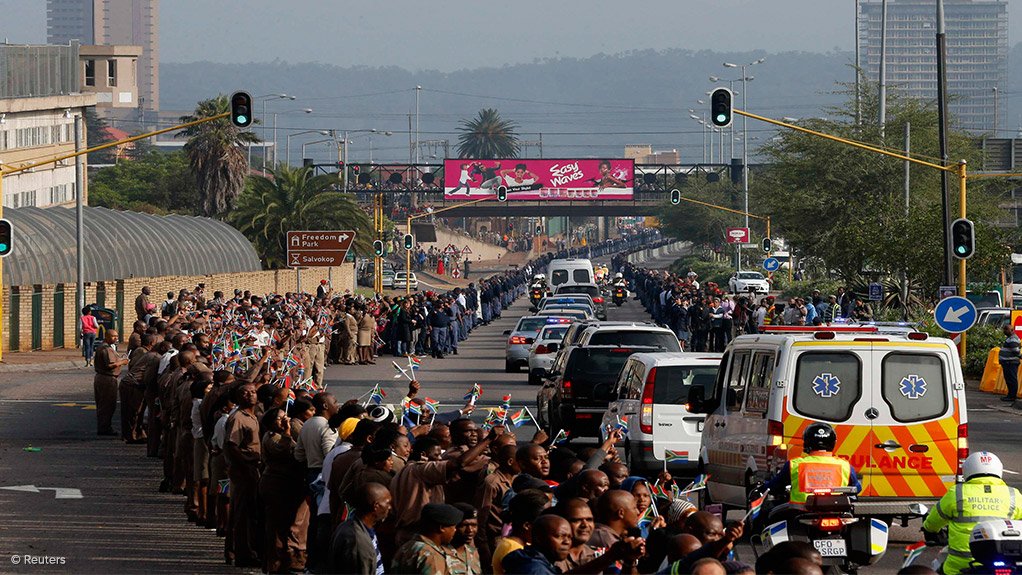 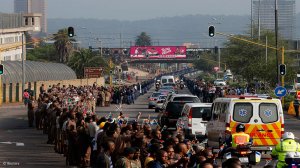 The body of the late former President Nelson Mandela has left 1 Military Hospital in Thaba Tshwane for the second day to Nelson Mandela Amphitheatre, at the Union Buildings, for members of the public to view.

Hundreds of people broke into song, ululated and danced as Mandela's coffin, draped in the South African flag, was accompanied by more than 20 cars and as many motorbikes.

The cortege departed from 1 Military Hospital on Old Pretoria road towards the City, where it joined Kgosi Mampuru Road until the intersection of Madiba Street, and proceeded in an eastern direction towards the Union buildings.

He will lie in state at the Nelson Mandela Amphitheatre, where the public will have an opportunity to view the body of the father of the nation.

The Amphitheatre is where the former President was inaugurated as the first democratically elected President in 1994.

The public will be able to view the body from 08:00 until 17:00, however no cameras or cell phones are permitted.

Members of the public have been asked to use the park-and-ride facilities at the Tshwane Events Centre in Pretoria West, LC De Villiers Sports Facility in Hatfield and Fountains Valley Park.

The buses will drop people off at the Union Buildings where they will be allowed to walk past and look inside the glass-topped coffin.

Today, the City of Tshwane will host a memorial service at Lucas Moripe “Masterpieces” stadium from 2pm to honour the democratic capital’s city forefather and founder.

The memorial service will be addressed by senior members of the national Cabinet and interfaith community, supplemented by cultural performances and citations.