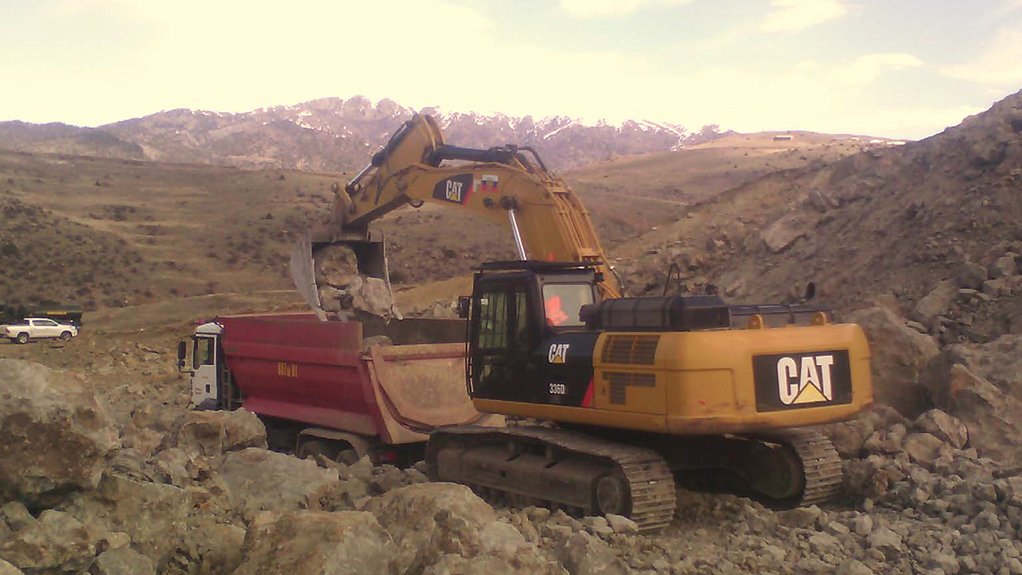 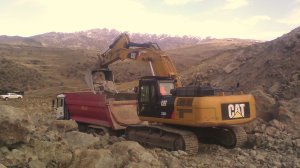 The coming months will see the company report regular news flow as it achieves key construction-based catalysts, with the aim of pouring first gold by mid-2018, president and CEO Howard Stevenson told Mining Weekly Online in an interview on Wednesday.

Situated next to the main north-south road corridor of Armenia, Stevenson explained how Lydian geologists made the chance discovery of the Amulsar project, when they took a rest stop next to the road more than a decade ago.

Amulsar is a true greenfield discovery. Although the alteration had been mapped in early Soviet times for a silica resource and, later Soviet exploration had been carried out for silica, gold was not reported until a reconnaissance trip by Lydian geologists in 2005 recognised the potential for epithermal-style gold mineralisation in rocks beside the highway.

“Geologists have been driving past the mountain for years without ever thinking to explore for gold. Then our guys decided to climb the mountain and their prospecting resulted in the multimillion-ounce Amulsar discovery – a project 100%-owned by Lydian with no underlying royalties except for taxes to the government,” he explained.

Fast forward to a positive construction decision in 2015 – subject to financing – Stevenson laid bare the difficulties of obtaining development bankrolling at a time when the market was in the grip of the historic commodity downturn.

“By the end of 2015, traditional sources of financing just dried up. As a result, and with our debt-to-equity ratio also working against us, it prompted us to seek a nontraditional debt-equity stream funding solution through Orion Mine Finance Management and Resource Capital Fund,” he said.

The financing plan provides $370-million for project construction costs and other estimated interest costs, financing fees and corporate expenditures during construction. Lydian completed its comprehensive financing plan with the closing of the $50-million ING Bank term facility in February, to fund crushing, conveying and electrical equipment, part of a $85-million equipment financing in which Caterpillar and Ameriabank also participated.

LOW-COST ECONOMIC IMPACT
Stevenson pointed out that Amulsar will become Armenia’s single largest gold mine once in production, and contribute significantly to the economy.

Based on compliant proven and probable reserves of 102.7-million tonnes grading 0.79 g/t gold, for 2.6-million ounces of contained yellow metal and 12.72-million ounces of silver at a grade of 3.85 g/t, Amulsar is expected to have an initial mine life of ten years.

Contributing to the low AISC is the fact that loaded haul trucks will travel downhill from the 2 800-m-high-mountain-ridge openpit mine, to the mill, from where gravity transports the ore on a conveyor belt to the conventional heap leach pad. Stevenson pointed out that the conveyor system is expected to generate enough electricity to power the mill as a key feature.

Another positive for Amulsar is the fact that it is a large-scale oxide deposit, entirely amenable to cheap heap leach processing.

"Amulsar will have a significant impact on the Armenian economy," Stevenson stressed. Mining accounts for about 10% of the nation’s gross domestic product, and Amulsar is singly expected to contribute up to about 25% of that number, once in operation.

The mine will be among the top five revenue earners for the Armenian government, contributing between $40-million and $50-million in taxes each year. It will sustain about 700 permanent jobs in the local economy once operational.

Another critical feature working in Amulsar’s favour is the fact that it enjoys strong governmental and local community support, with Stevenson describing the comprehensive social permitting programme as being “very rewarding”.

Stevenson noted that field activities were somewhat limited during the early part of the first quarter, but ramped up as planned during March. Work is now advancing to higher elevations with project activities expected to peak during the second and third quarters.

Significant earthworks are currently under way, with the onset of spring conditions kick-starting activity into high gear. Earthworks on key structures started at lower elevations, including the adsorption, desorption and recovery (ADR) plant platform, other associated roads and structures, and topsoil removal in the heap leach facility.

Road works are now progressing toward the crushing plant site, where work on that platform has started.

Final arrangements are being made for appropriate worker accommodations leading into the summer season, for which a local hotel in Jermuk has been renovated. The camp at site is scheduled for completion before July, and will provide space for a further 680 workers.

Further, long-lead items such as the grinding mill and the ADR plant are being built off site, in Sweden and South Africa, respectively.

Lydian has recently hired seasoned executive Andrew Kaczmarek as COO, charged with responsibility for all the company's activities in Armenia, mainly executing and commissioning operations at the project.

FUTURE POTENTIAL
Importantly, Stevenson noted that more than 70-million tonnes of inferred resources, holding some 1.28-million ounces of gold at a grade of 0.55 g/t, is currently excluded from the initial ten-year mine plan, of which about ten-million tonnes are located inside the existing pit shell, potentially adding another year to the mine life with further drilling.

Amulsar has multiple panels of clay-altered porphyritic andesite that are interleaved throughout the silicified upper volcanosedimentary sequence and these panels have complex fold geometries. It is in these upper parts of the deposit where further potential for mineral resource expansion lies, as well as at depth.

While the company is now focused on project execution, it will again look to undertake intensive exploration drilling in about two years’ time to expand the resource, which remains open in all directions.