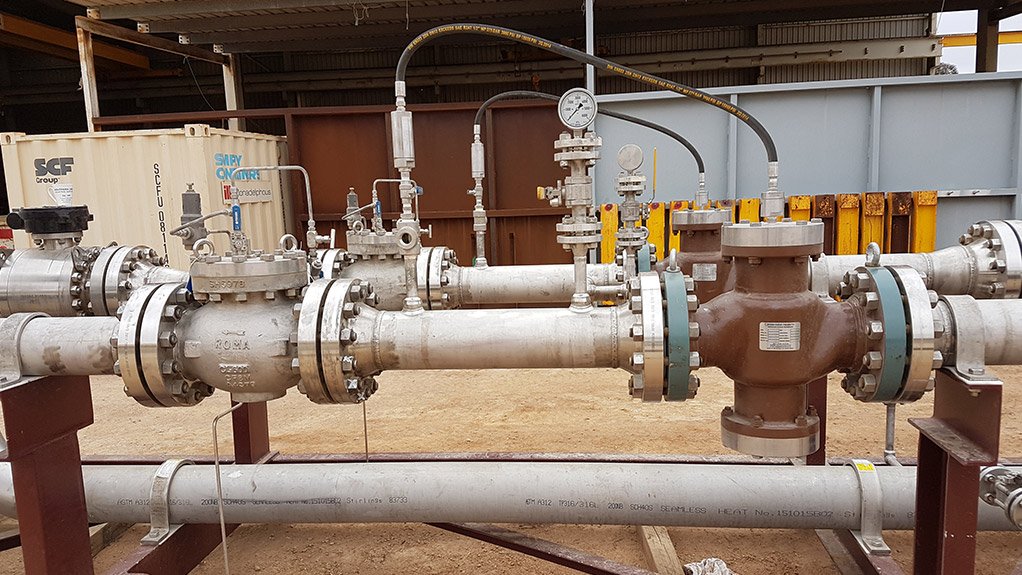 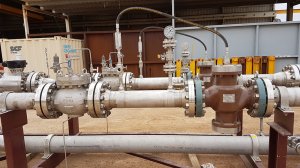 Valves manufacturer Hydromine Projects will take its latest in-development low-pressure, pressure- reducing valve to market within the next two months, after ironing out the last issues during a recent trial period at a deep-level gold mine in Klerksdorp, in the North West.

The design of the low-pressure valve is based on water systems manufacturer Hydrocore’s regular pattern valve for high- pressure applications, of which Hydromine is the original-equipment manufacturer.

Hydromine COO Hendry de Lange tells Mining Weekly that the valve had to be adapted to include new functionality to suit low-pressure applications, such as low flow-rate capability, and extra safety features, such as refined automatic shutdown with improved sensor options.

“It has gone through a lot of engineering in its year of development, but once we’ve made the product competitive, then we can also expand to industries such as pulp and paper, and petrochemicals.”

With high-pressure hydraulic systems having a niche market in South Africa, Hydromine has added low-pressure products to its research and development agenda to broaden its potential markets in the local and international mining industries.

Additionally, Hydromine recently launched Hydrocore’s new excess flow shutdown valve, which automatically shuts down when a pipe bursts and ensures safety for the people at the workface of the mine by reducing underground flooding. Water wastage is also reduced along with energy costs by decreasing the amount of excess water that needs to be pumped out from underground.

Further, Hydromine has tested and installed adjustable hydraulic controllers at gold miner AngloGold Ashanti’s Mponeng mine, near Carletonville, in the North West.

These locally manufactured controllers moderate pressure-reducing valves and are easily adjustable, which is required to cater to new target markets for underground or surface applications.

“To date, our market has been high-pressure mining with fixed-ratio control systems. Now, we are adding adaptability through flexible set points, [the desired or target value for an essential variable of a system], which expands our market to include low-pressure applications, such as smaller pipelines in mines,” De Lange points out.

Meanwhile, Hydromine is also working on a multihydraulic switch, which has been in development since December last year, and will launch the product at the end of this year. It is in the process of being patented and has been commissioned for testing at a mine in Carletonville.

“The hydraulic switches are a cost-effective actuation method for valves,” says De Lange, adding that the switches increase the company’s international market potential, owing to the demand for this product in expanding mining industries overseas.

Hydromine marketing director Gavin Russell notes that the rand’s weakening, owing to the country’s “dire” political and economical conditions, benefits the company’s export market with regard to high- and low-pressure products.

He adds that the company has completed projects supplying pressure-reducing valves for mines in India, Australia and the Democratic Republic of Congo.

Manufacturing for mining companies is under pressure with the mining market shrinking, so an option for all those affected is to cut on costs. Therefore, Hydromine’s manufacturing facility in Modderfontein, in Gauteng, has since 2015 been upgraded with 160 solar panels, with the capacity to generate 40 kW.

“Our manufacturing is done mainly with green energy to counter electricity costs and the possibility of unstable energy supplies,” notes De Lange.

By the end of the year

“Local mines are struggling to keep their heads above water, owing to challenging political situations and labour unrest adding to the chaos,” notes De Lange.

He adds that there’s a definite productivity issue in the sector from a foreign investment perspective. South Africa is not very productive, based on the size and cost of its labour force, compared with its output and efficiency.

Hydromine highlights the pitfalls of labour unrest, with the National Union of Metalworkers of South Africa threatening strike action in the coming months if their wage demands are not met. If these wage negotiations lead to a dispute, it will affect prices and productivity, especially in the steel industry.

“We are nervous about this, as it will affect us when buying steel – in terms of the costing of our products – and our productivity, as we might face delays, owing to workforces in the metalworking industry being intimidated and prevented from attending work,” says De Lange.

Russell adds that this slump in already faltering productivity leads to mining and engineering companies opting not to invest in new developments and rather keep money in accounts for salaries and damage control during the months it takes to resolve these protests.

To fill the gap regarding technical skills in the mining sector and cater to customer demands, valves manufacturer Hydromine Projects is submitting courses for accreditation to the relevant Sector Education and Training Authority.

Hydromine aims to rent a facility with the option of buying once the vocational training has proven fruitful.

Courses will target students, unskilled workers and qualified professionals, and will include practical and theoretical training on welding, mining pipe installations and hydraulic systems.

Hydromine COO Henry de Lange says the company will potentially partner with the Department of Science and Technology’s Technology Localisation Implementation Unit to provide university and college graduates with training opportunities and internships at Hydromine’s production facility in Modderfontein, Gauteng.

“There’s a problem in the market where people do not have skills. We want to give people access to the necessary programmes to make them employable.”