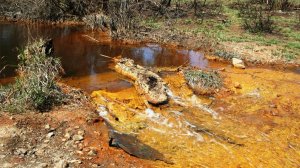 With the delay in the long-term treatment or desalination of acid mine drainage (AMD) in the integrated Vaal river system and the delay in the Lesotho Highlands Water Project (LHWP) Phase II, interventions are required to reduce the risk of water restrictions, states mining environmental activist organisation Federation for a Sustainable Environment (FSE).

The FSE’s forecast for the extent of the deficit in terms of water shortages is substantial as the integrated Vaal river system supplies 60% of the economy and 45% of the population.

“If the demand continues to grow at the current levels, the deficit in South Africa between water supply and demand could be at a gap of around 17%,” says FSE CEO Mariette Liefferink.

Interventions are essential to reduce the risk of water restrictions until the LHWP Phase II can deliver water. Such interventions include water conservation and water demand management savings, eradicating the unlawful use of water, the desalination and reuse of mine water in terms of a recalibrated model, as well as the implementation of the Tshwane Reuse Project.

Moreover, there is the immediate and short-term treatment of AMD by means of neutralising the water or using a pH adjustment. “In most cases, metals will precipitate out of the solution if the pH is adjusted upwards. It should be noted that the metals do not simply disappear, but change to a different oxidation state, which change them from a soluble to a solid form. These metals can again be mobilised and solubilised if the water becomes acidic,” notes Liefferink.

Failure to establish a sustainable long-term solution to AMD will result in an increase of the salt load of total dissolved solids in the Vaal river, since the current short-term treatment of AMD contributes 362 t/d of such solids to the Vaal barrage.

“The additional salinity, as a result of the current rate of treatment of AMD, creates water security risks. To comply with the regulatory limit of 600 mg/𝓵 of sulphates, good-quality water that is obtained through dilution will have to be released from the Vaal dam to ensure that the water below the Vaal barrage is fit for use,” explains Liefferink.

Further, the projected demand for increased water releases of “expensive Lesotho water” from the Vaal dam will increase the stress upon the water supply.

“The additional volume of water that may have to be released, as a result of the salinity associated with AMD, will result in a considerable reduction of water supply to the Upper Vaal – so much so that the total capacity of Phase II of the Lesotho Highlands scheme will be cancelled,” she states, adding that it is for this reason that desalination is of great importance.