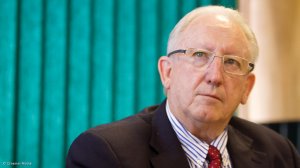 South Africa – which accounts for about 80% of the global platinum-group metals (PGMs) reserve – is at risk of receiving less valuable foreign exchange, owing to ever-increasing mining costs and the uncertainty created by the socio-political strife on the local platinum belt, states South African foundry and engineering company Thos Begbie CEO Edwin Dreyer.

“The risk of this economic reliance on the mining industry – where so much investment is directed and, thereby, infrastructure development and employment – is that when world requirements decrease, so will the price of platinum, affecting the supporting industries and our economy.”

Dreyer highlights the platinum price decrease from $2 000/oz in 2007 to the current level of below $1 000/oz, as well as the impact of the country’s political insecurity on the rand:dollar exchange rate.

“[Although the] current apparent stabilisation in government, with Deputy President Cyril Ramaphosa being elected as the new African National Congress president in December, has strengthened the rand significantly,” he adds.

While this is good news for importers, he explains that this does not bode well for exports, as this means fewer rands in return for dollars. “This volatility creates uncertainty in controlling mining costs and investment, which is bad for South Africa. I predict that copper and platinum will remain in the current range, but consequential gains or losses, in line with the exchange rate.”

Like South Africa, Thos Begbie has enormous investment in producing components for the PGMs mining sector. When the sector suffers from lower production and higher mining costs, the resultant budget cuts and withholding capital expenditure by the shareholders causes a direct downside effect on Thos Begbie’s sales and profits, he explains.

“It appears we benefit when the rand weakens. Unfortunately, this can be offset by the variation in metal prices because these are imported in US dollars. Mining costs are escalating at a rate that cannot be recovered through the price of commodities, leading to restructuring and a resultant loss of employment.”

However, Dreyer remains positive of the overall PGMs industry, owing to South Africa’s reserves of some of the most strategic metals and minerals required by China and other countries.

“I don’t foresee a total collapse in these markets, perhaps rather a steady positive climb as the political situation improves and the country becomes an investment destination again.”

Dreyer notes that Thos Begbie has started to diversify its offering to include the service sector and aims to formally introduce this offering this year.

“We want to provide mines with an entire team that’s focused on furnace component disassembly, servicing and refurbishment, as well as reassembly during and after a temporary furnace shutdown,” Du Preez explains.

Thos Begbie aims to provide this service for sub-Saharan Africa by establishing a branch in Zambia. Although this has yet to be finalised, he hopes it will improve the availability of the company’s services to countries in this region.

Last year, Thos Begbie supplied contact shoes and pressure rings for the 10 MW furnace at Amplats’ Zimbabwe-based Unki smelter, where the mining company is nearing completion of its $62-million PGMs smelter that is currently 70% complete. The smelter still needs to have electrical systems installed and operation is expected from mid-2018, says Du Preez.

He also notes that, in September last year, Thos Begbie received an order for copper coolers on a 38 MW furnace at Amplats’ Limpopo-based Mortimer smelter, where a shutdown is planned for March or April this year. Delivery of the coolers is due at the end of this month.

In October last year, Thos Begbie also received an order for the complete furnace reline of PGMs mining company Impala Platinum’s Number 5 furnace, in the North West, which returned to production in December.

Thos Begbie currently supports the requirements of clients from its facilities in Mpumalanga, which include a foundry and pattern shop, heavy engineering works and pipe manipulation divisions that allow for versatility when coping with demanding pyrometallurgical requirements.