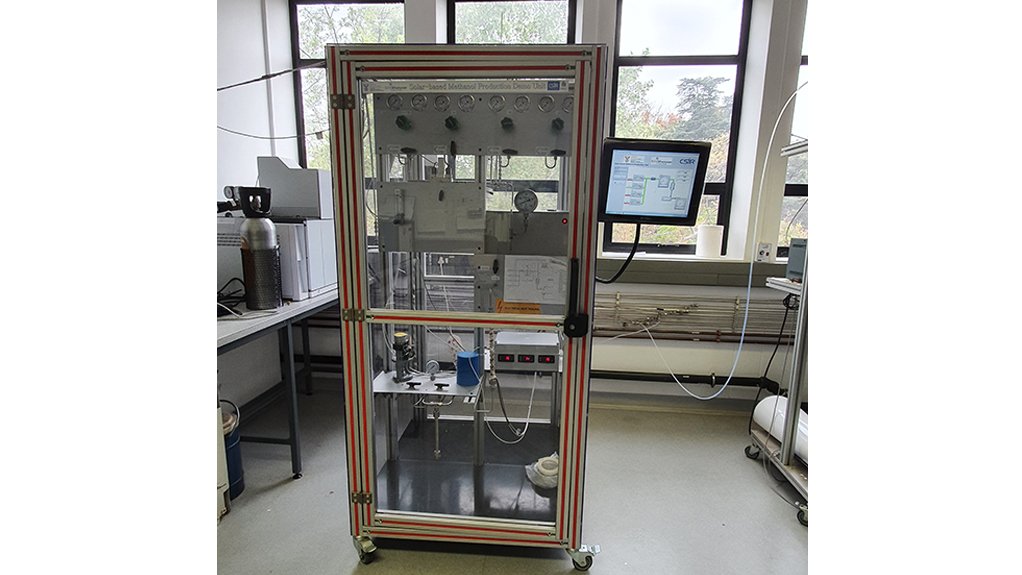 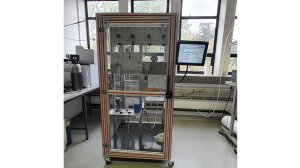 The Hydrogen South Africa (HySA) Infrastructure Centre of Competence (CoC), co-hosted at the Council for Scientific and Industrial Research (CSIR) and North-West University, is designing a multi-litre-scale green methanol production unit that will be fabricated next year.

HySA Infrastructure is one of three CoCs of the National Hydrogen and Fuel Cells Technologies Research, Development and Innovation Strategy, which was developed by the Department of Science and Innovation.

The unit was designed after HySA reviewed the techno-economics of producing green methanol, with HySA’s work in green methanol starting about two years ago.

“It is a platform for catalysts screening and the acquisition of important methanol production process information, such as conversion efficiencies, catalyst performance, tolerance and lifetime,” says Musyoka.

The CSIR has an ongoing project on methanol catalysts development for the direct hydrogenation of CO2 to produce green methanol.

It is also engaging some local companies that have shown interest inCO2 conversion technologies.

“Our ability to demonstrate the capability to produce green methanol in South Africa will attract more industry partnerships that will eventually lead to the co-funding of the technology development process, potential commercialisation partnerships and/or the uptake of the developed technology,” states Musyoka.

Methanol and its derivatives, such as dimethyl ether, are known alternative fuels or used in fuel blending, while methanol is also key to the synthesis of valuable commodity chemicals such as formaldehyde and ethanol, among others.

In addition, green methanol production is believed to be a potential attractive route for the storage and transportation of the green hydrogen produced from renewable-energy sources.

“However, green methanol production is not currently economically competitive, owing to the high cost of green hydrogen, compared with that of conventionally produced methanol,” notes Musyoka.

suggests that the easiest entry into the South African and export markets will be through fuel blending or the direct use as a fuel, clean biodiesel production, hydrogen carrier fuel for fuel cell technologies, fuel for ‘niche’ electric power generation, aviation fuel processing or even household methanol cook stoves.

South Africa is known as a big contributor to CO2, owing to its over-reliance on fossil-based fuels for energy production, and green methanol could help realise the country’s CO2 reduction commitments in relation to the Paris Agreement.

“While significant contributions have been made by the Cleaner Fossil Fuel programme of the South African National Energy Development Institute in the field of carbon capture and storage , it is becoming evident that carbon capture and utilisation (CCU) is increasingly gaining global recognition,” states Musyoka.

The CSIR is in the process of developing a dedicated CO2 conversion platform.

The focus will span the development of CO2 capture technologies and the conversion of CO2 to fuels and chemicals, as well as integration with other ongoing work that focuses on direct and biological CO2 use.

The technology development will expand to include CO2 capture from flue gas as the team increases its involvement in the CCU technology space.