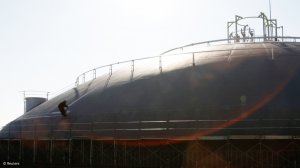 Photo by Reuters
STORAGE INFRASTRUCTURE LNG requires specialised infrastructure to manage. It is vital that southern Africa has the capability to move LNG from ship-based transport to land-based storage

The discovery and development of natural gas projects in northern Mozambique over the past decade could have a significant impact on the economic landscape of Southern Africa, says analytical services provider Deloitte.

The group has released a series of reports to examine the different sectors that could be impacted on by this change in the energy landscape. Deloitte’s ‘Mozambique Domgas Mining’ report examines the impact this could have on mining.

The report notes that, for the mining sector, the change in the Southern African energy landscape caused by the Mozambican liquefied natural gas (LNG) disruption will not seem to matter much initially, however, the expected increases in consumer electricity tariffs across the region will have a significant impact on the sector.

This will particularly be the case for deeper operations, where energy is a significant component of the cost structure, and in the processing plants that convert raw materials into saleable products, notes Deloitte.

Opencast mining consumes large amounts of diesel fuel currently, and as such presents one of the biggest opportunities for the new LNG landscape.

Mining companies looking to reduce costs and greenhouse-gas (GHG) emissions have been left with a difficult challenge. Opencast mining equipment is difficult to electrify owing to the mobile nature of the operation.

Deloitte points out that powering this equipment takes enormous amounts of energy.

Switching from diesel to natural gas is beneficial both from a cost perspective, and from a GHG emissions perspective, the report states.

Diesel-powered equipment is used in opencast mining for drilling, loading and hauling material. The majority of a mine’s diesel consumption is by haul trucks to move ore and mine waste. Mine pit depths can extend to hundreds of metres, with haul load trucks loading hundreds of tons per round-trip.

As a result, fuel and lubricants can account for about 40% of the operational spend for a typical mine. LNG can reduce this cost as well, because engines running on LNG have a 15% improved thermal efficiency compared with equivalent diesel engines.

LNG also gains an advantage when comparing the cost of fuel delivered to the mine.

There are fully integrated, field-installed systems which include onboard LNG fuel storage and the required hardware, allowing for a combined LNG and diesel operation. In-field installation takes about six to eight hours per truck.

New engines that run only on LNG can also be procured. The diesel displacement rate for converted engines varies according to the specific haul profile and duty cycle of the vehicle, with a higher displacement rate at higher loads.

Deloitte adds that equipment converted to dual-fuel (LNG and diesel) exhibits diesel-like performance in critical areas such as power, response and efficiency. In addition, dual-fuel vehicles allow mining operators to switch back to exclusively diesel use if LNG supply is interrupted.

However, the report notes that LNG requires specialised infrastructure to store, handle and transport. The major infrastructure hurdle for Southern Africa is the facility to move imported LNG from ship-based transport to land-based storage.

This is one of the reasons for the delivered price being almost double the spot price, presenting a challenge to reduce delivery costs. The unit cost to import and transport LNG lowers significantly as volumes increase, as the high costs of infrastructure required to offload LNG from ships is diluted.

Mining operations looking to switch fuels would need to consider these transport costs, and the security of supply options, in their respective business cases, it adds. Existing mining equipment also cannot be scrapped overnight.

“Over time, power units can be replaced with original-equipment manufacturer (OEM) units designed to be fuelled with natural gas, while existing diesel-powered equipment can be converted with conversion kits. Many OEMs already supply conversion kits for existing equipment.”

Technologies required for these changes have been tested and are currently at a sufficient maturity level to allow large-scale adoption, the report states.

While LNG vehicles have a higher initial cost, the fuels savings offered can result in payback periods of a few years. With incentives, this could be reduced further.