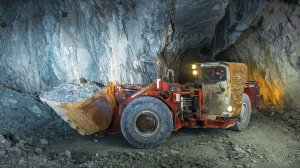 DOWNWARD SPIRAL Unless significant efforts are made to attract exploration investment, the South African mining industry will be in trouble

While exploration is the lifeblood of the local mining industry, law firm Beech Veltman states that exploration spend has been declining for several years, even before the Covid-19 pandemic impacted on global demand.

“This decline of exploration activity has primarily been as a result of regulatory uncertainty created by the amendments to the Mineral and Petroleum Resources Development Act (MPRDA), the various Mining Charters and concerns surrounding tenure in relation to mining rights that are granted after exploration has been completed,” says Beech Veltman CEO Warren Beech.

Unless significant efforts are made to attract exploration investment, the South African mining industry will be in trouble as reserves dwindle and the cost of mining current reserves increase significantly.

“The challenges facing exploration investors in South Africa are likely to remain in the foreseeable future, and a significant turnaround strategy will need to be implemented to address them. The ease of doing business in South Africa, together with the removal of the current challenges, such as the application process for prospecting rights, will need to be addressed to attract more investment spend.”

The provisions and frameworks that govern exploration – primarily the MPRDA – have not been adapted since the onset of the Covid-19 pandemic.

Although the MPRDA and related mining legislation have not been amended as a result of the Covid-19 pandemic, the mining sector has been affected by the provisions of the Disaster Management Act (DMA), under which a state of disaster was declared, and mining regulations and directives which have been published under the provisions of the DMA.

“These are, however, primarily aimed at creating a balance between the need for South Africa’s mining sector to continue operating and the management of the Covid-19 pandemic in the workplace. They apply to the mining sector as a whole, including exploration activities,” notes Beech.

However, the initial hard lockdowns only allowed mines that were regarded as essential services to operate – at limited capacity – and exploration activities were not permitted. This has since changed, as South Africa has moved up and down the various alert levels, and there is currently no prohibition against exploration activities.

“While it is essential to have legislative amendments, particularly to the MPRDA, to encourage and facilitate exploration and prospecting in South Africa, it is unlikely that these legislative changes will be implemented in the short term.”

Investors and the mining industry have historically criticised the Department of Mineral Resources and Energy for creating regulatory uncertainty through regular amendments to the MPRDA, and legislative amendments to rectify the challenges facing exploration “have been placed on the back burner”, possibly as a result of this criticism, he adds.

The application process for prospecting rights is still complex and costly, particularly owing to exploration being a high-cost activity, with potentially low-return activity rewards, unless good mineralisation is identified during the exploration process.

The legislative framework should be changed to make it as easy as possible for as many potential explorers to obtain prospecting rights to unlock mineral reserves, says Beech.

The mining sector will remain a critical contributor to the recovery of South Africa’s economy in the short to longer term, and increased exploration investment and spend is necessary to assist the sector in its continuing to contribute to not only the recovery of the economy but also longer term growth, development and transformation, he adds.

While many countries in Africa face the same or similar challenges as South Africa, they are doing more to attract investment, especially for exploration. This competition in Africa means that those investors that are Africa-focused can and will look elsewhere in Africa for good investment opportunities, Beech concludes.