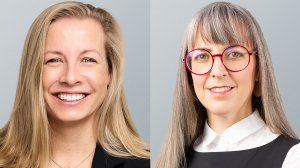 JOHANNESBURG (miningweekly.com) – Lack of expertise about getting giga-scale hydrogen projects off the ground is a big problem in the industry, say Allen & Overy South Africa’s Alessandra Pardini and Alexandra Cluver, who believe they know how best it should be done from experience gained through project managing three of the world’s largest green hydrogen projects.

Mining Weekly can report that all three of the projects referenced are in the Middle East. These are projects that Allen & Overy teams in the Middle East have been working on, in terms of bringing green hydrogen to market. As a firm, Allen & Overy is involved globally in a number of green hydrogen efforts, including projects that have taken place and are in process across Europe and now in America and Australia. (Also watch attached Creamer Media video.)

As global appetite for giga-scale green hydrogen projects grows, the business risks associated with getting this promising industry out of the starting blocks are considerable. Still, they believe that green hydrogen has the potential to transform many sectors, including shipping, aviation and power generation.

“This is thanks to its long-distance transportability from warm and windy locations like South Africa, to energy-hungry markets such as Europe who are at the forefront of exploring its potential as a climate-friendly energy source,” Pardini and Cluver state in a release to Mining Weekly.

“It’s an incredibly exciting time to be involved in the green hydrogen industry, but in order for it to reach meaningful global scale, as it should, it’s necessary to address some of its start-up challenges,” they say, adding that it is absolutely vital to prepare a solid go-to-market strategy that tailors procurement processes to meet the demands of bankers, equity investors, offtakers and other key stakeholders.

They believe the starting points should centre on whether or not the green hydrogen/ammonia plants should be built under a single engineering, procurement and construction contract or under multiple contracts, the manner of tailoring the required procurement processes and ascertaining the plant’s long lead items.

HOW TO FINANCE GREEN HYDROGEN

“It is necessary to put clear thought into how those parties will come together to serve the best interests of the project.

“It is also necessary to put careful thought into the greater business and financial plan of the project, especially considering that most such projects take several years to become fully operational and a clear revenue strategy is critical in order to ensure that it is bankable,” they emphasise.

Giga-scale projects, they point out, require the best global expertise as well as local depth of knowledge.

On green hydrogen, they say: “It's a new industry – real expertise out there is limited and one wants to work with experts who really know what they are talking about in terms of international requirements and local nuances.

Also seen as crucial is solid regulatory advice to ensure that the project meets global green energy standards but – very importantly – also bring in advice on project development aspects such as procurement and construction, and project finance aspects such as banking, investment and funding models.

Pardini and Cluver point to the importance of the structuring of any large-scale energy project being right from the get-go and place emphasis on the ultimate buyer of the green hydrogen and green ammonia and how the buyer intends to use the products.

“Not all hydrogen is made equal. What is the offtake strategy and who is the offtaker? What is legally possible to achieve within the budget, timeframe, business plan and available resources?,” they ask.

They describe as vital for bringing down the cost of clean hydrogen well-considered infrastructure investments and increased demand from various industries.

“Participants in the industry must do what they can right now to help the green hydrogen industry reach global scale – we are in a critical phase of the industry’s development and every step we take now determines the future of this industry, and the world’s successful mission towards net-zero,” state Pardini and Cluver.

These were Cluver’s responses to Mining Weekly during a Zoom interview:

Mining Weekly: Firstly, what is a giga-scale hydrogen project?

Cluver: In essence, what we're talking about here is the size of the project itself and giga just means the number of gigawatts of renewable energy that you would use to produce said hydrogen and that can vary quite dramatically depending on where the project is taking place. We’re hearing a lot in the market around green hydrogen, and this is true across the globe, particularly in parts of the world where the resources to make it are more available, be that in the Middle East or Australia, certain parts of America. In Southern Africa this is also coming to the fore and we have the landmass and the natural resource by way of wind and solar to be able to produce giga-scale projects, and that’s what we’re talking about here.

What would you quantify in rand value to be a giga-scale green hydrogen project?

That's difficult to say and will obviously depend entirely on the size we're talking about, but we're probably talking multi-billion dollars. In rands, then the equivalent thereof. These are very, very large projects, in terms of initial capex outlay. Just by way of example, the renewable component factor, we've seen it in the renewables market in South Africa, those run into multiple billions of rands and are much, much smaller, those run into the hundreds of megawatts as opposed to the gigawatts we’re talking about and here we’re likely talking about the capex of an entire value chain – the renewables components, the electrolysers, potentially a desalination plant and the route to market. Naturally, this is getting much, much bigger.

What are the most overlooked aspects of green hydrogen projects?

There’s been a lot of talk around green hydrogen, and we’re sitting very helpfully in a part of the world that can absolutely capitalise on it, but as everybody is well aware, we're talking about large capital outlay. We're talking about lots of different component parts to create the value chain that ultimately puts a green hydrogen project together. What needs to be considered right from the beginning – to make sure that the project takes itself to close and then ultimately operation – is who is involved, who is going to buy it, how it's going to get there, and those kinds of things, because there's lots of different factors that play into each of those different components. I can talk about each one, but in essence, to take it back to first principles, that's where the parties need to come together and make sure they structure their project properly.

You’ve said the risks associated are considerable – can you talk us through these risks?

We see this in the project space more generally when large-scale projects are trying to get off the ground. When we're talking about such large capital outlay, we need to ensure that a project is what we like to call bankable, meaning that financiers will put a lot of money behind it in order for it to actually be funded. To get that right, we need to make sure that there is a certain revenue stream on the other end. We're talking about a nascent market here. You know, green hydrogen is something that I think a lot of people want and need, including to increase their decarbonisation efforts, including around Europe, but also regionally and locally. But we need to make sure that we have the right offtake strategy, for example, so that we have a certain revenue stream on the other end in order to be able to put the funding in at the front and make sure that it gets repaid over time. As the market matures, those types of concepts are a lot easier to achieve, but certainly at the early stages certain offtake arrangements, for example, and a certain route to market, are critical.

Roughly how long does it take to complete the building of a giga-scale hydrogen project?

I think we would be talking a number of years here and again, these projects across the world are all in the fairly early stages of being negotiated, so there isn't much information yet on how long it will take to build one. But if one talks about other projects of this nature, whether it's in the LNG space or in the renewable space, you're certainly talking four or five years, probably.

In your media release you spoke about three big projects. Give us some insight into these?

Unfortunately, given the confidential nature of the work that we're involved in, I can't give you much detail around the projects but what I can tell you is that the ones that I was referencing are all in the Middle East. These are projects that our teams in the Middle East have been working on, in terms of bringing green hydrogen to market. What I can also say is that we, as a firm, are involved globally in a number of green hydrogen efforts, including projects that have taken place and are in process across Europe and now in America and Australia. What I can also mention is that in South Africa, the one project that has actually closed is much smaller, but it's a sort of pilot project relating to mining trucks and using green hydrogen to fuel them. That's something that one of the larger mining companies has done as a pilot initiative and will probably roll out more going forward now that that one has successfully been constructed and is in operation.

Why do you think green hydrogen is the way forward?

There are lots of reasons. We all know that decarbonisation and net zero are global targets that we all need to achieve and that there are a number of different ways of achieving that. Obviously, one is energy production, but the other is replacement of fossil fuels in every possible facet of life. Now green hydrogen helpfully is a fuel that can be produced entirely from renewable energy. If you follow the value chain, you can also ship it to use green ammonia on the ships as the fuel, so you can get green hydrogen around the world in a way that is completely carbon neutral. It is absolutelyoone of the many solutions that we put together to combat our decarbonisation problem, and helpfully it is one that you can move around the world in a way that perhaps other renewable resources are not able to.